6 tips to manage debt and save your marriage 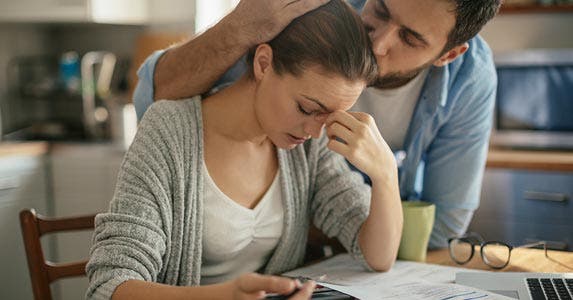 Deal with debt to preserve your marriage

For instance, Toni Coleman, a psychotherapist and relationship coach in McLean, Virginia, says she frequently sees couples dealing with problems such as hiding debt from each other, blaming each other for their dual debt and “an attitude of ‘yours’ and ‘mine,’ which keeps the couple from working together on a solution.”

Whether one or both partners brought debt to the marriage or the debt has been accumulated during the marriage, couples who want to preserve their relationships must work together to handle the debt.

Here are 6 steps for managing debt without sacrificing your marriage. 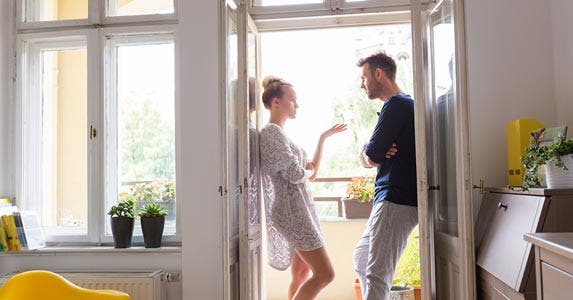 Have an honest discussion about debt

If you and your spouse have not been upfront about your debts, it’s time to admit your debt and talk about it.

“Sunlight is the best disinfectant, so one of the best 1st steps is to share with each other how much you owe and the interest rate on each of the debts,” says Steve Repak, CFP professional, financial literacy speaker and author.

Even if one person accumulated the debt, preserve your marriage by committing to work together to pay it off.

“The couple should own up to the fact that they have debt,” says Taffy Wagner, owner of Money Talk Matters. “They need to sit down and develop a game plan for paying it off, accept the choices and then determine what they are going to do about it.”

In addition to opening up about all money owed, this conversation should include discussing which partner would be better at managing their money, Wagner says.

To be sure, that job involves keeping the other person informed about what the bills are, how they are paid and when they are paid. 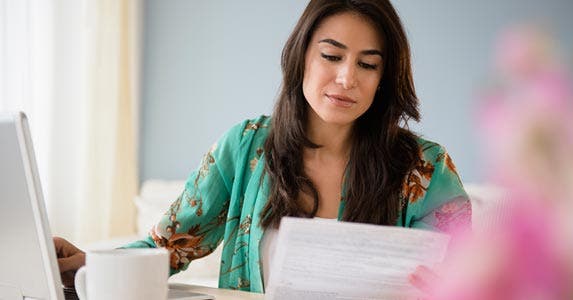 “Always pay for necessities first: food, clothing and shelter,” says Kevin Gallegos, vice president of sales and Phoenix operations for Freedom Financial Network. “That means the basics — not dining out, new wardrobes and a mini-mansion.”

In addition to putting necessities at the top of your list, be sure to pay at least the minimum on any secured debt, or a loan that is secured by a tangible asset such as a car or a home.

“If you do not pay these bills on time, you could lose the asset, which in the case of a car or home can cause major life problems,” Gallegos says. 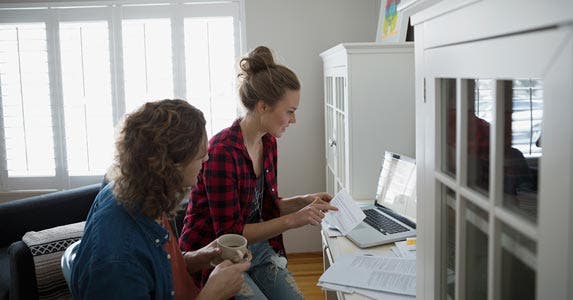 Choose the method that works best for paying off your debt.

Another option is the snowball method, in which you pay off the smallest debt amount first and work up from there. Each month, you pay the minimum on all debts and apply any remaining funds toward paying off the debt with the smallest balance. When that debt is paid, continue paying the same monthly amount you started with, applying extra funds toward your second-smallest debt, and so on.

When you’ve decided which method to use, modify your budget accordingly. “It will require strict discipline, belt-tightening and revision of goals, but it’s what has to happen,” Gallegos says. 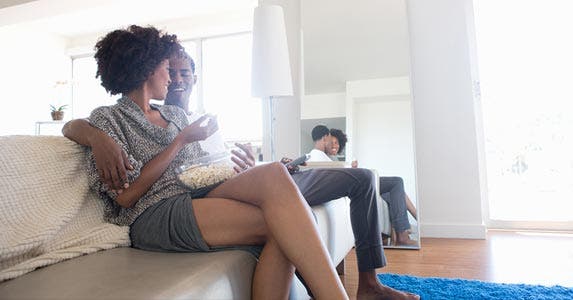 If you or your spouse is accustomed to spending on unbudgeted items such as vacations, dining out or other non-necessities, you must work together to change your habits, and those new spending habits must become permanent.

“If you pay off debt only to charge up the credit cards or sign for a new car loan a few weeks or months later, you will have ultimately gained nothing,” Gallegos says.

Even if you’re focused on investing money in stocks or other investments, it may be time to suspend those spending habits temporarily.

“Few investments can top the rate of return for eliminating debt,” Gallegos says. “Paying off credit card debt at typical interest rates effectively makes an investment that returns 15% to 20% or more per year.” 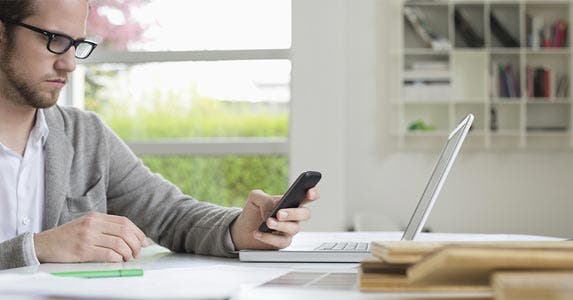 While it’s important to do your best to pay off debt on your own, you may be able to negotiate with creditors to reduce some debts.

“As you work to pay down your debt, you can call creditors and ask for temporary hardship status if you feel you may qualify,” Gallegos says.

If you have had a true temporary hardship, some creditors may work out payment plans with you. “For instance, if you lost your job but now have a new one, and you’ve previously paid your bills, they might give you a break,” Gallegos says. 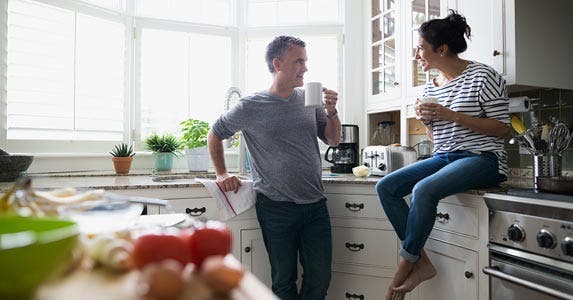 Develop a plan for future spending

As you plan to move forward in your marriage, you and your spouse should work together to determine how you’ll avoid racking up unnecessary debt in the future.

To avoid feeling trapped, determine an amount of money you can each spend, without consulting your partner, says Wagner of Money Talk Matters.

“The idea is not to create more financial stress and strain, yet alleviate what is causing unhappy times in the marriage,” she says.

Wagner recommends agreeing to make purchases in cash or with a debit card rather than using credit cards. When you have to pay cash, it’s often easier to determine whether the purchase is a need or a want.

In developing your spending plan for the future, CFP Repak advises couples to include “a little wasteful spending,” he says.

“Extremes seldom work, so it is important that you carve out a little money in your budget that you both can still have fun with,” Repak says.