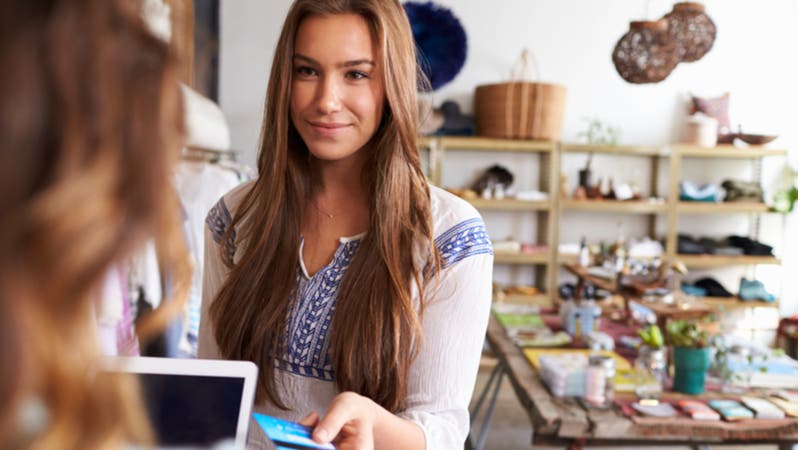 Buying goods on credit provides Americans with greater purchasing power while also offering a convenient alternative to using cash. According to Experian’s 2019 Consumer Debt Study, total consumer debt in the U.S. is at $14.1 trillion, with Americans carrying an average personal debt of $90,460.

These American debt figures include revolving debt, such as retail cards and credit cards, housing-related debt, such as mortgage loans and home equity lines of credit (HELOCs), and consumer loans, such as personal loans and student loans. Of these debt types, the average student loan balance showed the highest jump compared to 2009 figures at a 73 percent increase.

To dive deeper into these numbers, here’s a breakdown of the average debt by age.

The youngest consumer debt age group polled was Generation Z, which is comprised of Americans ages 18 to 23. This demographic had an average debt of $9,593 in 2019. This is the lowest average debt balance across the age groups polled. However, Gen Z ranked second-highest in its average debt growth, with a 22 percent increase compared to 2015 data.

With the exception of mortgage balances, this age group carries the lowest balance across all other debt types. According to Experian data, the average Gen Zer carries 1.8 credit cards in their wallet and an average credit card balance of $2,230.

Average debt for millennials (ages 24 to 39)

Americans ages 40 to 55, also referred to as Generation X, carry the most consumer debt of the generations included in Experian’s study. Although their average debt only grew 10 percent from 2015, climbing from $123,521 to $135,841, Gen Xers still carry about 50 percent more debt than the average American.

Americans in this age group hold the highest personal loan debt of the demographics included in the study, with an average of $19,253 in personal loan balances. They also carry the second-highest average balance across numerous types of debt, including HELOCs, student loans, auto loans and credit cards.

Average debt for the silent generation (ages 75 and above)

The silent generation accounts for Americans age 75 and older. This group has the second-lowest average personal debt at $40,925, a 7.70 percent decrease compared to 2015.

Those in the silent generation have the least mortgage debt, with an average balance of $132,025, and have some of the lowest balances for most other types of debt. However, the age group has third-highest average personal loan debt at $17,067.

When comparing the average American debt by age, factors like income and life events may play a role in how consumer debt figures shake out. For example, considering their age, Gen Zers likely have newly acquired access to credit and/or low borrowing limits as they develop their credit history.

Millennials, who are more situated in their careers and earning more, may have a greater capacity to take on debt toward major purchases, like a first home or new car. At the same time, they’re still relatively fresh out of college and strapped with student loan debt.

Conversely, older generations, like baby boomers and the silent generation, are nearing or in retirement. They may have repaid a sizable portion of their debts, accounting for the drop in their average debt since 2015.