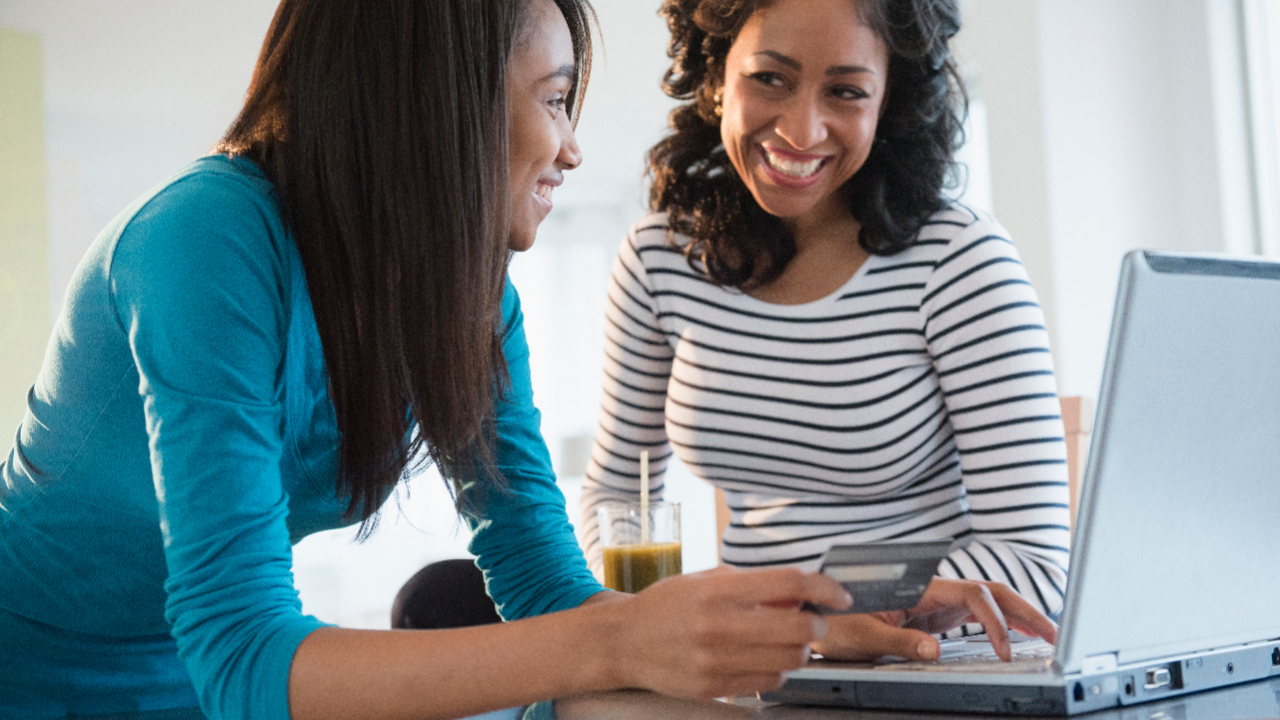 The thought of giving your child their own credit card may send chills down your spine, but kids using plastic is becoming more common these days. According to a new survey by CreditCards.com, a Bankrate sister site, many parents now believe the pros outweigh the cons, and have given their child a card.

Specifically, eight percent of parents surveyed with children under age 18 (6 million parents nationwide) say at least one of their children has a credit card. Some may do it for the convenience factor; after all, pretty much every industry is going cash-free these days. Other parents may give their kids access to credit for emergencies only, and some parents use credit as an educational tool.

While there are risks involved, industry insiders say there’s plenty to be gained by getting your child used to the realities of credit early on. Like most parenting decisions, this issue isn’t black and white.

Advantages of giving your child access to a credit card

Before we talk about everything that could easily go wrong, let’s go over the reasons why giving your child access to plastic may be worth the risk.

“There are several reasons to give a child a credit card before age 18,” says Ted Rossman, industry analyst at Bankrate and CreditCards.com. “For example, you can boost a child’s credit if you add him or her to one of your cards as an authorized user. By doing so, your positive track record will help your child establish good credit, as long as you pay your bills on time and keep your debts low.”

In addition to helping your child build a credit history, an authorized user card tied to your credit card account can provide some basic protection when they’re making purchases by themselves — especially when they travel. If you can’t get to your child and they need to pay for an Uber, a credit card could come through in a pinch.

Dana McKenney Zucker, owner and writer for MomsGoodEats.com, and her husband added their children as authorized users to their credit card accounts when they turned 14.

“They were flying by themselves at that age to go to sleep-over camp,” says Zucker, who lives in Omaha, Nebraska. “We didn’t want them to feel stuck or stranded.”

Traveling with cash alone is risky, because if it’s lost or stolen, the money is usually gone for good. With credit cards, though, funds are replaced when fraud is reported to the credit issuer.

In addition to the safety aspect, there’s also an array of financial responsibility lessons that can be enhanced through giving your child a credit card.

Russell Nauta, 42, from Massachusetts, began teaching his kids complex concepts like debt and interest as early as age eight. When they want to buy something using their own money, Nauta or his wife would order it on Amazon.

Nauta says they use their credit card to make the purchase and then offer a choice:

“You have the option of paying now for the $10 amount of what you are buying, or you can pay $1.25 every month for a year,” he tells them. “If you select that method, you will end up paying $15 for this item.”

It’s a good idea to acclimate your kids to the reality of credit card interest they will surely face in their credit building future. And giving your kids a card when they’re young will allow them the time and space to learn from their mistakes earlier rather than later.

What to watch out for

Speaking of mistakes, CreditCards.com’s survey reports that 21 percent of parents with credit cards found their children using them without permission at least once. This may include anything from unauthorized in-app game purchases to shopping sprees with a card from your wallet.

Before you give your child access to credit cards, communicate appropriate use and the consequences of overspending. Also, make sure they understand they are solely responsible for purchases they make, and that they can lose the privilege if they don’t keep their end of the deal.

Whatever you do, it’s crucial to be consistent with your messaging, whatever that messaging is. If you set parameters of only spending $50 a month on gas using a card and your child spends $55, discuss if they’re going to pay you $5 back, or only get $45 next month.

“Personally, I’m against minors having a credit card,” says Smith. “Eighteen or older is fine. Before that, a debit card is good.” Secured cards are also a good alternative, limiting spending to the cash collateral to prevent overspending while building credit history.

If parents insist, she tells them they must first cover how all the activity with that account will be listed on every cardholder’s credit report and factored into their credit scores. Authorized users may escape long-term damage by being removed from the account (afterward it will no longer appear on their credit files), but owners are stuck with it.

Smith says it is essential that parents establish firm ground rules for usage: “Tell them why you’re letting them have it. Explain what they can and can’t use the card for. This is serious.”

Set clear consequences for misuse, as well, which might include temporarily or permanently revoking the card.

If you believe you’re still up for the task despite the risks, remember that not all kids qualify for an authorized user card, because some issuers have age restrictions. For instance, American Express and Discover both have a minimum age of 13.

If your child is younger than that, you may have to break them in with credit slowly — perhaps by using your card for their purchases and having them pay you back.

If you do decide to educate your child about credit, early, be sure to pinpoint the difference between early exposure and rushing them into it. Taking your time to ease your kids into responsible credit use during their formative years will ensure they’re ready for their own credit card when the time comes.