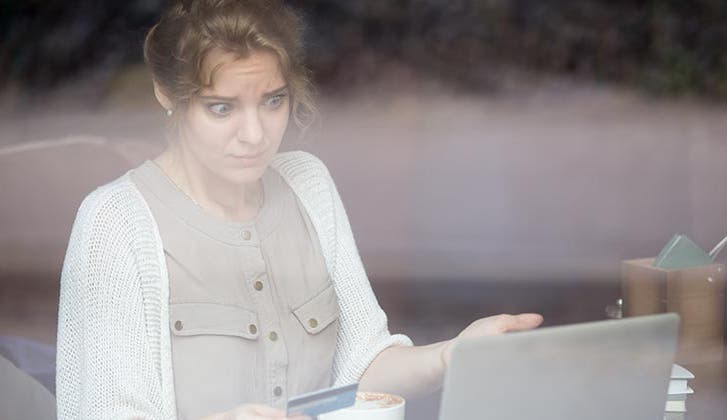 We know you didn’t read your credit card agreement. It’s OK. We did it for you.

Bankrate examined the fine print on about a dozen card agreements posted on the website of the Consumer Financial Protection Bureau and on the websites of individual issuers in search of restrictions or requirements that are either must-knows, odd or should give you pause before applying for a credit card.

Perhaps the most important of these clauses — mandatory arbitration — appears on about half of credit card agreements. This clause requires customers to settle disputes with the issuer through an arbitrator rather than the courts.

The controversial practice could be on the way out, though, as the CFPB has proposed a 377-page rule that would ban arbitration and force card issuers to remove the language from their agreements.

But there are other common rights and restrictions found in credit card agreements besides the arbitration clause that you should know about. Here are 5 examples. 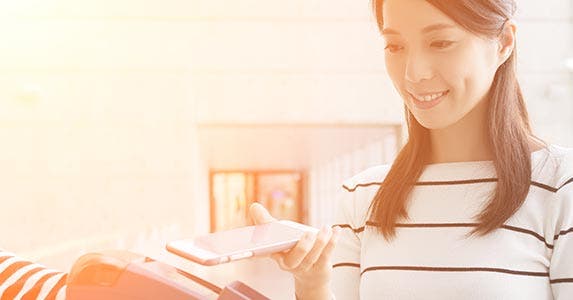 What it says: Your issuer may include a clause on “cash-like transactions,” which notifies you that some types of transactions will be treated as cash advances.

What it means: Not all transactions are created equal. In fact, card companies try to dissuade you from making certain purchases on plastic by making them more expensive. When your credit card company slaps the cash-advance label on these purchases, it’s an indication you’ll be charged a higher — sometimes significantly higher — interest rate. What’s more, there is no grace period for cash-advance charges, meaning the interest is tacked on instantly.

“Card issuers don’t want you to use your card for lottery tickets,” says John Ulzheimer, a nationally recognized credit expert who formerly worked at credit companies FICO and Equifax. “In fact, most retailers won’t accept anything other than cash for lottery tickets because they don’t want to deal with the hassle of disputed charges if you don’t like the lottery outcome.” 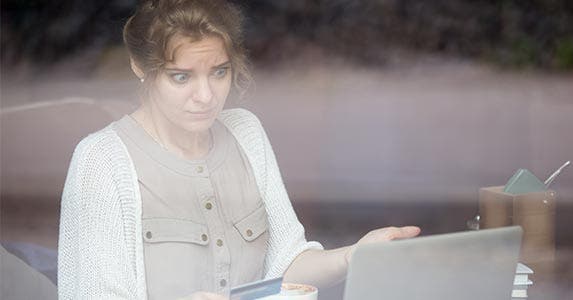 What it says: Your issuer may significantly increase your interest rate if you fail to meet certain obligations, like paying on time.

What it means: The variable annual percentage rate on the Blue Cash Preferred card from American Express currently is between 13.24% APR and 22.24% APR. But if you get slapped with a penalty APR, you’ll pay 29.49% APR on any new transactions.

The company says the penalty APR will apply if you are late in making one or more payments or a payment is returned. American Express says it will levy the penalty rate for at least 6 months, and will keep that rate in place “until you have made timely payments with no returned payments during the 6 months being reviewed.”

Other credit card issuers aren’t nearly as specific about how long the penalty APR will remain in place. On the Bank of America Classic Gold card, for example, the agreement states that once a penalty APR is in place it “will apply indefinitely.”

You’ll find all this information in a display of credit card costs on your agreement called the Schumer box, named after then-U.S. Rep. Charles Schumer, the New York Democrat responsible for the legislation requiring that card terms be presented in a uniform manner.

“At a minimum you need to look at the Schumer box, the box of fees, and understand the fees you’re being charged,” says Lauren Saunders, associate director of the National Consumer Law Center. 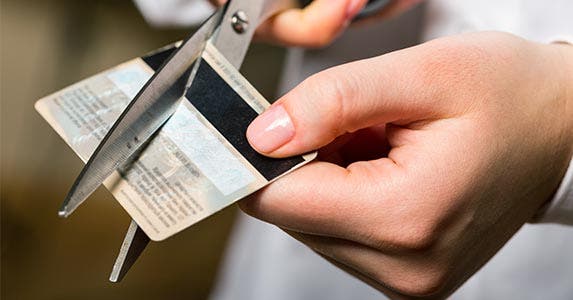 What it says: Your issuer can close your account — without warning — for any reason.

What it means: You shouldn’t be surprised if your credit card company closes your account because you stopped paying your bills, but there are other reasons you might suddenly find yourself with a useless credit card.

In the Chase agreement, the company says it may close your account for reasons having nothing to do with you. “Sometimes we close accounts based not on your actions or inactions, but on our business needs,” the statement reads.

Ulzheimer says this doesn’t happen often, but it’s not unheard of.

In 2009, for example, Citibank made news when it began closing enough accounts that people began taking notice in online forums. The bank said at the time that it “decided to close a limited number of oil partner co-branded MasterCard accounts.”

“Some issuers realize some segments of their portfolio is simply unprofitable and want out,” Ulzheimer says. “They reserve the right to discontinue your card type or program.”

Your account also may be closed because you’re costing the issuer too much money by not using it, says Linda Sherry, director of national priorities for Consumer Action, a San Francisco-based consumer advocacy group.

“I would regularly use a card that I want to keep because (otherwise) it will be closed,” she says. 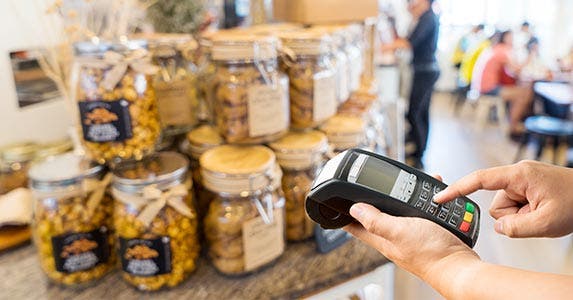 What it says: Your card company can take money from deposit accounts with that issuer to settle defaulted charges, or it could repossess items purchased with the card.

What it means: These are 2 clauses that attempt to accomplish the same thing — to ensure the card company gets some money back in case you stop paying.

At Navy Federal Credit Union, for example, by accepting the card agreement, you agree to have a lien placed on any “shares and dividends on deposit in all joint and individual accounts.” The lien does not apply to money held in an IRA.

“This is called ‘offset.’  Card issuers can take money out of deposit accounts you have with them to offset defaulted charges on your credit card,” Ulzheimer says. “This is why you should not put all your banking eggs in one basket.”

Even rarer than an account lien, a security interest goes a step further. The card agreement for Comenity Capital Bank, which issues store-branded credit cards for retailers like Ann Taylor and Pottery Barn, requires account holders to “grant” an interest in anything you purchase with the card or to any money you make by reselling those goods. The company does “waive any security interest we may have in your principal dwelling.”

Neither Ulzheimer nor Sherry says they’ve heard of a company actually using this clause to take back purchased items.

“These types of actions exist in the rent-to-own world,” Sherry says. 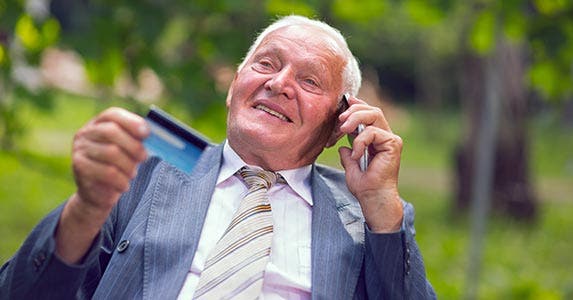 What it says: The issuer may charge a processing fee to establish the card account. It may also charge monthly service fees.

What it means: Cards that charge these types of fees are aimed at consumers with poor credit. First Premier Bank is one of the few issuers that charges these fees. You’ll pay a one-time $75 processing fee and an adjustable annual fee and monthly servicing fee based on your credit limit.

If you have a $400 credit limit, for example, you’ll pay a $100 annual fee the first year and $45 a year after that.  Your monthly servicing fee is waived the first year, but you’ll be charged $6.25 a month after that.

The issuer will charge you up front to establish the card, and will take that charge out of your available credit if you can’t afford to pay it, Sherry says. So an already low credit limit will get squeezed further. Stay away from cards that charge this type of fee, and find a reliable secured card instead, Sherry says.

“We just draw the line at ‘fee-harvesting’ cards,” she says.

Says Ulzheimer: “This is a subprime card’s attribute.  It helps the issuer to mitigate the trouble of doing business with you because they know it’s coming as you’ve proven you can’t manage your card accounts properly.”