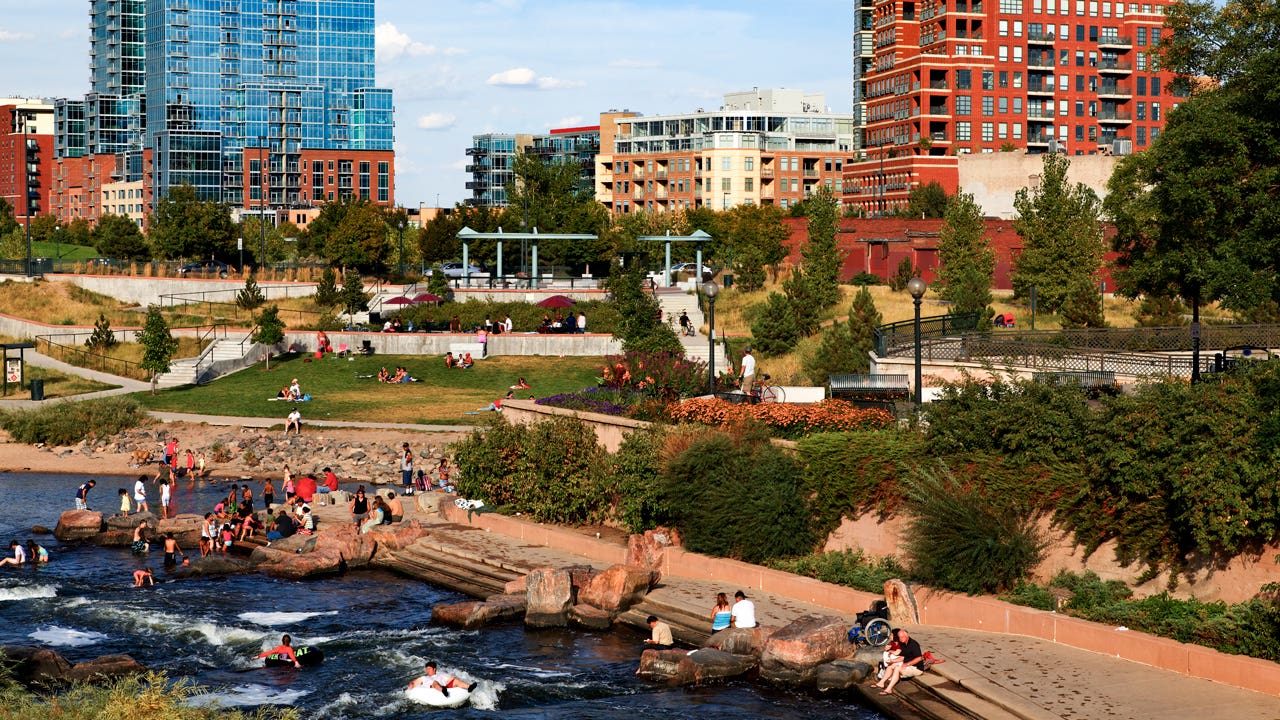 Students graduating from college in 2022 have seen challenges unlike any other in previous generations. But thankfully, they are now being welcomed by one of the best job markets in decades. With these new opportunities can often come the chance to choose the city that they want to settle down in.

Whether recent graduates are looking for local employment or able to choose a city where they want to work remotely, they’ll want to take into account factors such as the city’s median income, its cost of living, the average price of rent and its unemployment rate.

Denver is a rapidly growing city with several features that attract recent college graduates. Its central location in the United States makes it a relatively short flight from both the east and west coasts, and it currently boasts the third busiest airport in the world. Denver also attracts young adults due to its dry, sunny climate and opportunities for outdoor recreation such as hiking, skiing and bicycling in the nearby Rocky Mountains.

While Wisconsin’s capital city is known as a college town, its vibrant food and music scenes attract recent graduates, too. Madison is a bicycle-friendly city with miles of dedicated bike paths, and its surrounding lakes offer plenty of opportunities for summer fun. It’s also a fairly progressive city, but not as large and expensive as major cities along the coasts.

Cincinnati attracts college graduates with its low cost of living, mild weather and vibrant sports culture. It’s a relatively small city to host both major league baseball and an NFL football team, and it’s got a great downtown filled with trendy restaurants and brewpubs. And while recent college grads might find themselves priced out of the housing markets in many cities, they can afford homes a lot larger in Cincinnati than they could elsewhere.

Many young adults still chose to settle in the capital of Texas — even with soaring home prices. With warm weather, a strong economy and cultural attractions, Austin is booming. Long known for its country music scene and barbecue restaurants, Austin is a relatively liberal bastion in the middle of deeply conservative Texas. The downtown area is bustling on most nights, while young adults walk, bicycle and paddle along the river during the day.

St. Louis may be a surprising addition to this list, but it has several things going for it, including a very low cost of living, a central location and a newly revitalized downtown with bars open until 3 a.m. During the day, residents enjoy numerous free attractions such as the St. Louis Science Center, the award-winning St. Louis Zoo and the Contemporary Art Museum. Other benefits include livable neighborhoods, short commutes and numerous parks.

Whether or not they’re planning on moving to a new city, graduating from college presents young adults with numerous new financial challenges. For many graduates, this will be the first time they will be earning a salary, paying rent and being responsible for all other financial responsibilities of adult life.

Thankfully, the Great Recession doesn’t appear to have affected Gen Z as dramatically as it did the millennial generation, which avoided credit and credit cards to an unprecedented extent.

For example, a recent TransUnion study found that 50 percent of Gen Z has both a credit card and a strong credit score. However, Experian’s State of Credit report shows that Gen Z consumers have increased the number of credit cards they have, and their overall credit card debt balance has increased to an average of $2,197. If you have graduated with unpaid credit card debt, now is a perfect time to explore credit cards that offer 0 percent APR promotional financing on new purchases, balance transfers or both.

It’s only natural that college graduates will seek to begin their careers in a new city, but each graduate is looking for something different. Some young adults are eager to move to a city with a low cost of living that will allow them to afford a greater quality of life. Others will measure their quality of life by the amenities the city offers, regardless of potentially higher costs of living.

Whether a recent college graduate decides to reside in a booming, expensive city or a smaller, more affordable one, their first priority should be getting their finances organized and preparing for their future.

Read more From Jason
Jason Steele is a professional journalist and credit card expert who has been contributing to online publications since 2008. He was one of the original contributors to The Points Guy, and his work has been appearing there since 2011. He has also contributed to over 100 of the leading personal finance and travel outlets.
Edited by
Mariah Ackary
Editor