The U.S. economy is taking baby steps toward improving in the aftermath of the Great Recession, but a majority of Americans still have their financial guard up.

Two-thirds say they have a reason to limit how much they spend every month, according to a national poll for Bankrate’s monthly Financial Security Index.

Of those who are watching their wallets, 32 percent say their income has not increased enough to justify more spending. Bankrate posed the question last year and got the same response.

“Sustainable growth in household income is the missing ingredient from this economic recovery, and the leading culprit for why consumers are holding back on monthly spending,” says Greg McBride, CFA, chief financial analyst for Bankrate.

Bankrate’s survey was conducted by Princeton Survey Research Associates International and included answers from 1,007 adults in the continental U.S.

No raise means no increased spending

Stagnant income was the most popular reason given for not spending more. According to the survey, the concern over wages appears to grow with age: 19 percent of millennials (ages 18 to 29) said they were concerned about the lack of growth in their take-home pay, compared with 28 percent of 30- to 49-year-olds and 33 percent of 50- to 64-year-olds.

A whopping 50 percent of seniors (age 65 and older) said they can’t spend more because their income hasn’t changed. “This is particularly the case with senior citizens dependent on a fixed income that continues to be plagued by record-low interest rates,” McBride says.

More than any other age group, senior citizens are more likely to worry about the economy, he says.

All the more reason to build that nest egg now

The second most popular reason for limiting spending is the desire to save more. That concern is at its peak among young adults who are just entering the workforce, and it appears to decline with age. 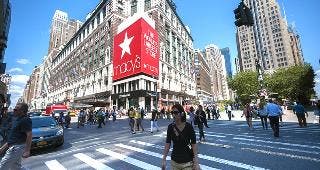 Among millennials who are keeping spending in check, nearly half said they wanted to save more money. That compares with 33 percent of 30- to 49-year-olds, 18 percent of 50- to 64-year-olds and 12 percent of those 65 and older.

“Interestingly, the need to save more was also cited more often at higher levels of income than at lower levels,” McBride says.

Bankrate’s national poll covered a variety of issues, including how people felt about their jobs:

This sense of security could be partially attributed to the job market showing signs of improvement, says Elise Gould, senior economist at the nonpartisan think tank Economic Policy Institute.

“People are not fearing job loss in the same way that they might have in the past,” she says.

Worker retention has stabilized this year, with the rate of layoffs and discharges declining slightly to 1.1 percent in August, according to the federal Bureau of Labor Statistics Job Openings and Labor Turnover Survey.

“While people may feel more secure that they’re not going to get laid off, they’re not quitting at the same rate as people did pre-recession — another sign that there is slack in the labor market,” Gould says. “It goes hand in hand with the sluggish wage growth.”

Consumers say they need to save more, but the reality is that the money just isn’t there, says Sophia Bera, CFP professional and founder of Gen Y Planning, a fee-only financial planning firm.

“There are still a lot of people that are really living paycheck to paycheck and also struggling to build up that savings,” she says.

If you’re looking to increase your income, it may be time to switch jobs, Bera says.

“New employers are the ones that are going to be more willing to pay more for your services,” she says. Still, it may be a good idea to talk with your current employer first because it’s probably cheaper to keep you rather than train a new employee, she adds.

Seeking help with money management early on can be helpful to your financial future.

“The sooner you can establish that financial security … the sooner you can also work toward those other goals,” such as saving for a down payment on a home or paying off student loan debt, Bera says.