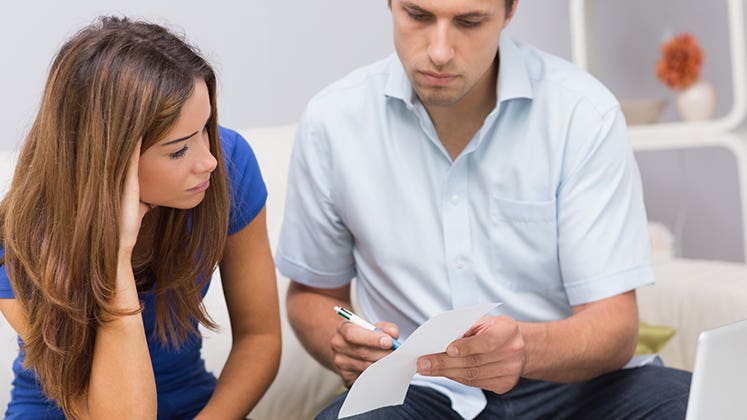 Saving money continues to be a low priority despite the improving economy.

Americans ranked it as a distant third on a list of top financial priorities, according to a survey that accompanied Bankrate’s November Financial Security Index. Survey takers were focused on the more present concerns of staying current on bills and paying down debt.

The results, which echo similar Bankrate surveys from 2012 and 2013, indicate that Americans haven’t shifted their focus even though the economy has been growing. Since 2012, the unemployment rate has dropped from 8.2 percent to 5.8 percent, gas prices have declined by nearly 10 percent and the stock market is booming. The Standard & Poor’s 500 index has jumped 59 percent since January 2012.

“A lot of people feel left behind by any recovery that the country has seen,” says Gail Cunningham, a spokeswoman for the National Foundation for Credit Counseling, a nonprofit financial counseling firm. “They are not focused on the future of their retirement planning.”

Bankrate’s findings support other readings this year of dismal savings rates among Americans. The Employee Benefit Research Institute, or EBRI, reported in March that high cost of living and daily expenses keep more than half of U.S. workers from saving more, or saving anything, for retirement.

EBRI noted last year that the gap between what people are saving and what they actually need to retire has increased from $4.6 trillion in 2010 to $4.8 trillion in 2012.

Bankrate’s survey, which was conducted from Nov. 6 to 9, showed that 41 percent of Americans were primarily concerned with “just staying current on living expenses or getting caught up on bills.” Another 22 percent listed “paying down debt” as their top priority and 17 percent listed “saving” as their top concern.

Ten percent mentioned that they were focused on providing assistance to family members and friends, and another 4 percent noted that their priorities concerned “something else.”

Not saving: A ‘very serious mistake’

It makes sense to focus on the day-to-day concerns of paying credit card bills and other expenses. But it’s dangerous to do so at the expense of a solid savings plan, Cunningham says.

“This is really a very serious mistake because a lack of savings puts a person’s entire financial situation at risk,” she says. “We don’t know when that unplanned emergency is going to rear its ugly head.”

Alan Moore, founder of the fee-only financial planning firm Serenity Financial Consulting, added that while people recognize the value of saving, they just can’t do it.

“We’ve had a spending problem in this country for a very long time,” which is reflected by taking actions like buying a house prematurely, renting too expensive of an apartment or needlessly purchasing a new car, Moore says.

The tide may be turning, however. Bankrate’s financial security survey from October showed that two-thirds of consumers say they have a reason to limit their monthly spending. Of that group, 32 percent blame a stagnant income.

Some other key findings from Bankrate’s national poll include:

One way to spark a little saving

If staying afloat is all you can think about these days, it’s probably time to evaluate your spending habits, experts say. The first step is to start tracking your expenses by using a spreadsheet or online program, Moore says.

“When folks just monitor their spending, they start to make small changes themselves,” he says. It “seems so minor and yet it’s probably the most powerful thing you can do in your personal financial life.”

Cunningham agrees, adding that the purchases you can’t remember that seem to be small can add up to become a big chunk of your expenses.