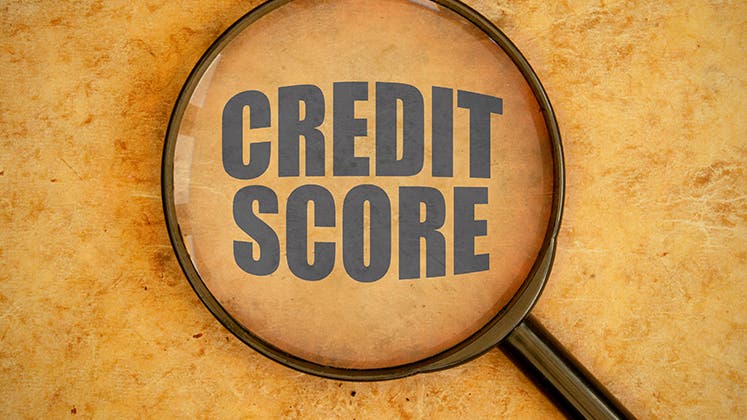 Credit scores and credit reports are more accessible than ever, but many common credit myths just won’t die.

A whopping 51% of Americans wrongfully believe having accounts with high balances will help a credit score so long as those accounts are paid on time, according to the latest Bankrate Money Pulse survey.

In fact, these balances will count against your credit utilization rate, which could hurt your score. This rate, which is essentially how much debt you are carrying versus how much credit has been extended to you, accounts for 30% of the popular FICO score.

And 37% of consumers erroneously believe you have to carry a balance on a credit card to improve credit, even though simply having the card will build your credit history.

Meanwhile, just 1 in 4 consumers was able to correctly identify that closing old accounts they no longer use will hurt their credit score, while fewer than 1 in 3 recognized that limiting themselves to a single credit account could be holding back their score.

Seeing, but no deep understanding

“Those that have received their credit scores in the last year have higher knowledge levels,” says Stephen Brobeck, the CFA’s executive director, but “the knowledge of a large majority remains fairly general.”

Bankrate’s survey similarly found consumers have a handle on the basics.

What Americans are missing

But “while more people seem to be looking, you’re still talking about a significant amount of people who don’t look at their credit report … and don’t know their score,” says Kevin Weeks, president of the Financial Counseling Association of America, formerly known as the Association of Independent Consumer Credit Counseling Agencies.

What are the biggest credit score myths?

And those who check their credit may be missing a few things.

“People aren’t looking at the details,” says Bruce McClary, vice president of public relations and external affairs with the National Foundation for Credit Counseling. “They’re just getting the numbers and, in some cases, they’re getting their number on their (bank or credit card) statements, which (don’t) come along with that educational background that shows you why the score is what it is.”

Educational materials are pivotal since some credit scoring issues are nuanced and can be difficult to understand.

“Credit reports and credit scores aren’t made for you and (me),” Weeks says. “They’re made for the lenders.” Algorithms designed to determine a person’s ability to repay a loan often “don’t make sense or are counterintuitive” to a consumer who is trying to simply better manage finances, he says.

Take closing credit cards, for instance. A consumer may be (smartly) inclined to pull the plug on an old account in order to eliminate the temptation to overspend.

But doing so could inadvertently spike that aforementioned credit utilization rate, which would be viewed as a warning sign by many lenders and cause your score to fall.

Whether you should take the hit varies, depending on the circumstances and your larger credit profile.

“In the long term, it might be best to close that account” so you don’t overspend and miss payments, McClary says. However, “if that same person is looking to finance an automobile or finance a home in the short term, then closing an account may be something they’re better off waiting to do.”

The fact that the correct answer isn’t always black and white could easily confuse consumers.

“People want there to be a universal set of rules, and there are and they’re very simple,” says Rod Griffin, director of public education for the credit bureau Experian. “But every credit report is unique and every individual has a different set of issues they’ll need to address.”

To better understand your own credit management, “don’t focus on your score,” says Ken Chaplin, senior vice president at the credit bureau TransUnion. Instead, “get your credit report as clean as possible.”

Pull yours at least once every 3 months to scan for errors or signs of identity theft. You can check your credit score and credit report for free at myBankrate.

You also can get a better grasp on what’s driving your credit by analyzing the “risk factors” providers commonly furnish along with reports and scores.

While there are many different scores out there, these “risk factors tend to be very consistent from 1 system to another,” Griffin says. Common ones include high balances, too many credit card inquiries and recent account delinquencies.

How do student loans affect life after college?

Bankrate's Money Pulse survey found 45% of Americans with student loans have put off a major life event because of their debt. See what borrowers are delaying.

“If you look at your credit report, most people can identity what those factors are referencing,” he says. However, if you come across something you don’t understand or recognize, contact the credit bureau, credit scoring model, report provider or another trusted source for some clarity.

“Go to (your) bank or credit union and talk to the loan officer,” the Consumer Federation of America’s Brobeck says. “Some nonprofit credit counseling services will be very helpful, especially for the people who are having trouble making debt payments.”

Young and old more at risk

Most at risk for confusion over credit are millennials and retirees.

For instance, only 37% of those 65 and over and 47% of those 18 to 29 recognized having a short credit history could hurt their score. Comparatively, roughly 60% of people ages 30 to 49 and 50 to 64 correctly knew a lack of history could work against them.

Millennials and retirees are hampered by a lack of exposure.

“For millennials, the most important factor there is their youth,” Brobeck says. “Many … have limited marketplace experiences” with financial services. So do retirees, given they “grew up in an era essentially without proliferating credit cards,” he says.

Methodology: Bankrate’s Money Pulse survey was conducted Aug. 20 to 23 by Princeton Survey Research Associates International with a nationally representative sample of 1,003 adults living in the continental U.S. Telephone interviews were conducted in English and Spanish by landline (501) and cellphone (502, including 302 without a landline phone).