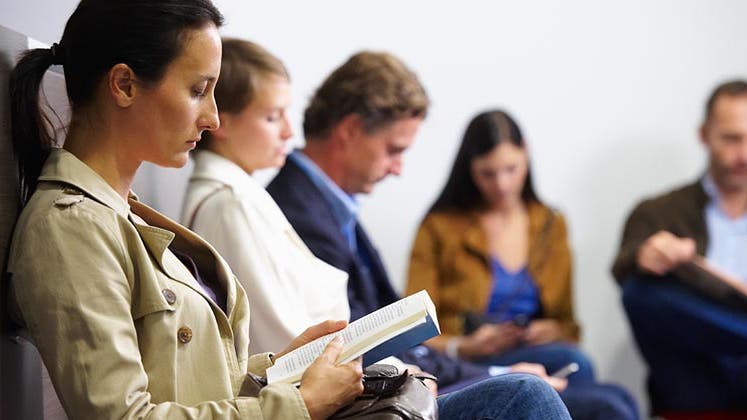 America’s taxpayers are worried about identity theft and related tax refund fraud. How worried? Enough so that in the latest Bankrate Money Pulse survey, around a third of those polled said they would be willing to wait up to 2 months or more for their tax refunds.

A surprising 22% of those who participated in the poll conducted last month said they would be willing to wait from 1 to 2 months for their tax refunds if that would help the Internal Revenue Service examine returns and catch attempted tax-related identity theft. Another 13% are more patient, saying they would wait even longer.

Overall, about three-quarters of taxpayers said they would be willing to wait longer for their refunds in an effort to reduce tax refund fraud committed by identity thieves.

“Time and time again when we talk to consumers about their cyber security issues, the No. 1 concern is financial, be it from identity theft consequences or a direct financial loss,” says Michael Kaiser, executive director of the National Cyber Security Alliance.

Kaiser says the results are consistent with what his group, a nonprofit public-private partnership focused on improving digital security, encounters. “People are becoming more aware and the tools are becoming better. That’s good, but we still have a way to go,” he says. “In this environment, it requires pretty substantial diligence on the part of the taxpayer.”

Criminals are ‘breaking the piggy bank’

Tax fraud is helped by taxpayers who expect an immediate refund, says Donald Williamson, accounting professor and executive director of the Kogod Tax Center at American University in Washington, D.C.

The ability of criminals to submit fraudulent returns knowing that the IRS can’t accurately check the information before sending out refunds is “like breaking the piggy bank,” he says. A longer time frame to deliver refunds, however, gives the IRS time to check returns to ensure that they are legitimate.

Williamson, who has testified numerous times at Congressional tax hearings, says federal lawmakers think the public would be up in arms if they had to wait longer for tax refunds. Bankrate’s study indicates otherwise, which Williamson says he finds very encouraging.

Income not a factor in wait times

Also encouraging is the willingness of taxpayers across all income levels to wait for their tax refunds.

This is good news for the IRS. Although the tax agency says that most taxpayers get their refunds within 3 weeks, it continues to implement tax fraud filters that can slow down some returns.

22% of poll respondents with incomes of more than $75,000 said they would wait up to 2 months for their refunds.

The results were comparable for those making less than $30,000, with 23% at that income level saying they would wait that long.

But for some, waiting longer is not acceptable. Around 15% of taxpayers in all income ranges said they would not wait any longer than they already do for their refunds even it would help slow tax refund fraud.

About a third of those surveyed who expect to receive or who have already received refunds said they will save or invest their tax cash.

Notably fewer folks are using their tax refunds to pay down debt this year. In 2015, 34% said they would lessen their debt load, compared to just 28% planning to do so this year.

And those saying they’ll take their refunds and splurge on things like a vacation or shopping spree doubled this year.

Not surprisingly, higher income taxpayers lead the way in planning to save or invest their refunds. 42% of survey respondents with income of $75,000 or more are in this category.

However, the least inclined to save their refunds this year are filers making between $50,000 and $74,999. Only 19% of this income group will save or invest the money they get back from the IRS. Instead, 35% of these filers said they will pay down debt.

Four out of 10 millennials and about half of retirees also plan to save or invest most of their tax refunds.

Tax refunds are targeted for necessities, such as food or utility bill payments, for 40% of surveyed taxpayers making less than $30,000 a year.

Williamson says the number of filers planning to spend refunds on necessities brings to mind the Earned Income Tax Credit.

This tax credit, which provides a tax break for workers who don’t make much money, is one of the few refundable tax credits. This means that even if you don’t owe taxes, claiming the EITC could get you a refund.

Overall, personal finance expert, consultant and author Barbara Friedberg has high praise for the way this year’s refund survey recipients plan to use the tax money they get back from the U.S. Treasury.

“In general, these findings are promising and reflect a sound understanding of money basics, as well as the best uses for a tax refund,” says Friedberg.

The percentage of filers getting or expecting a tax refund this year is 51%, the same as in 2015. Some money experts look askance at tax refunds, but Friedberg says that’s not such a bad move in the current low-interest rate environment.

“When interest rates were higher, it was recommended that consumers adjust their withholding to minimize the size of their tax refund,” says Friedberg. The thinking here was that taxpayers could invest their additional paycheck amounts.

But with interest rates so low today, she says, it’s not a bad idea to get a tax refund, as long as it’s earmarked for saving, investing or paying off debt.

Read more about what to do with your tax refund.

Methodology: Bankrate’s poll was conducted by Princeton Survey Research Associates International, which obtained the data via telephone interviews with a nationally representative sample of 1,002 adults living in the continental United States. Telephone interviews were conducted by landline (501) and cellphone (501, including 313 without a landline phone) in English and Spanish from Feb. 18-21, 2016. Statistical results are weighted to correct known demographic discrepancies. The margin of sampling error is plus or minus 3.9 percentage points.