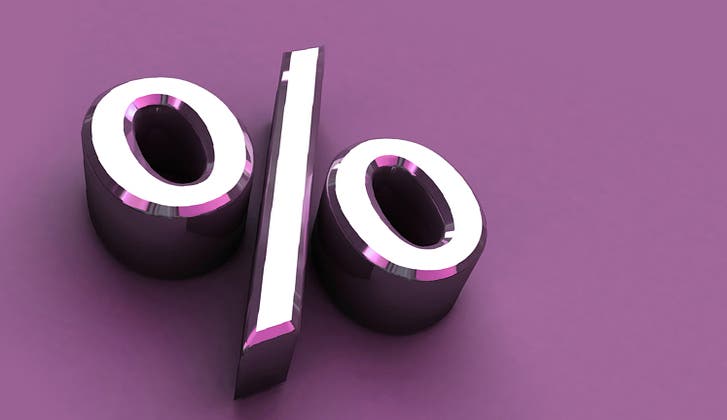 Many Americans would be untroubled by double-digit mortgage rates and an alarming number say they are not sure what the rate on their mortgage is, according to a survey commissioned by Bankrate.

More than 3 in 5 respondents say they prefer to own rather than rent, even if mortgage rates spike by more than a percentage point above today’s level, according to the survey. One in 3 would still consider buying if the 30-year fixed climbed to 10 percent or higher.

And about 35 percent of the respondents who have a mortgage say they are not very confident they know what their mortgage rate is, according to results of Bankrate’s Money Pulse survey for February.

It is highly unlikely that rates will shoot up to double digits soon. But the fact that the majority of people still view homeownership as the better alternative, regardless of potentially higher rates, is a good sign of optimism among homebuyers, says Daniel Roccato, assistant professor of economics at Rutgers University.

“This reinforces or confirms that despite the trauma and the drama that we have seen in the real estate market in 2007, people still want to own a home, even if you are looking at potentially higher rates,” Roccato says.

But there’s a disconnect between that optimism and reality, he adds. A substantial increase in rates would have a major impact on affordability and buyers might not realize that until they look at the actual mortgage payments.

“Oftentimes people buy the payment instead of the rate,” Roccato explains.

“It’s strictly a function of debt-to-income ratio — a lot of the people are hanging in that limit,” says Sahnger, a planner for Schaffer Mortgage in Palm Beach Gardens, Florida.

Homeowners ignoring low rates and their own

The rate on the 30-year fixed mortgage averaged 4.24 percent in the past year. Rates remain near the bottom but will probably rise to a little over 5 percent by the end of the year, according to the Mortgage Bankers Association’s latest forecast.

Although rates have hovered near the lows for so long, many homeowners with higher rates have not refinanced their mortgages, says Ed Conarchy, a mortgage adviser for Cherry Creek Mortgage Co. in Gurnee, Illinois.

As highlighted by Bankrate’s survey, many homeowners simply are not aware of the interest rates on their loans and that’s one of the reasons they have ignored the current low interest rates, Conarchy says.

“As consumers, once we get the mortgage, we sweep the rate under the rug and we don’t worry about it,” he says. “So, we don’t look at rebalancing or refinancing opportunities.”

You think you know

According to the survey, 65 percent of homeowners are very confident they know their mortgage rates. That figure may even be too high compared with the reality of the percentage of homeowners who actually know their rate, says Sahnger, based on experience.

He says that when he asks homeowners for their mortgage rate and later compares the number given with the actual rate on the documents, most don’t get it right.

“They may have a general range, but they don’t know exactly,” he says.

Being aware of current mortgage rates and your own, for those who have a mortgage, could lead to substantial savings, finance and mortgage experts say.

“If you are not going to get a big raise at work why don’t you see if you can give yourself one at home?” he asks, urging homeowners to see if they could save with a refinance.

Homeowners under age 30 are almost as likely to be mortgage-free as those age 65 and up. Most homeowners ages 30 to 64 have mortgages.

Have opinions about taxes? Who doesn’t! Check back for Bankrate’s next Money Pulse on March 12 to see if other taxpayers feel the same way you do.