Wages are up. Unemployment claims are down. Yet, the budgetary belt-tightening continues for most Americans.

Some 65% of U.S. adults say they have reason to cap their monthly spending, a percentage that has held fairly steady since 2014, according to a national poll for Bankrate’s monthly Financial Security Index.

But there’s something different in 2016: Stagnant income is no longer the top reason why Americans say they’re limiting spending; saving money is.

RATE SEARCH: Find the savings account that pays the most interest.

30% of survey respondents cited the need to save more as the No. 1 reason they don’t spend more. 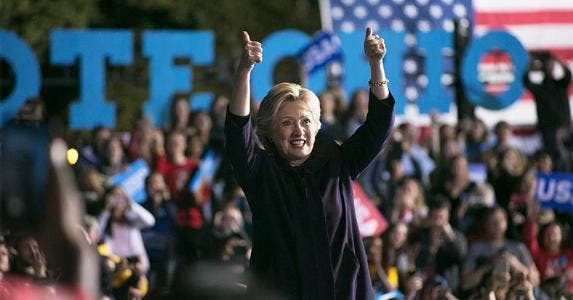 As election nears, Democrats feel better about their finances

Saving affords 36-year old Nick Braun and his wife “freedom in our lives.”

“It’s like this cloud is gone now that we have this savings, this cash,” says Braun, of Columbus, Ohio. “We make decisions now because they are best for us, not because we have to.

“Saving,” he continues, “is a good discipline. For me at least, it’s a challenge.”

In each of the 4 years Bankrate has surveyed Americans on why they don’t spend more, the need to save and living without a raise have been the 2 reasons cited most. But the percentage of those who name stagnant income as the top reason has fallen in each of the past 2 years, even as more Americans say they’ve put spending caps in place in order to save more.

Further, fears about the economy appear to be receding, as just 15% of adults named that the top reason why they place limits on monthly spending, the lowest percentage since Bankrate began asking this question.

Still, there are some clear differences among age groups.

Our survey found that millennials ages 18-35 were most likely to name saving as their top reason for limiting spending (48%), while the No. 1 reason adults ages 62-70 put the brakes on spending is stagnant income (35%).

The concern is even more pronounced for adults 71 and older. Some 58% say the top reason they’re not spending more is their income, which isn’t surprising given how retirees are frequently dependent on a fixed income.

Older millennials ages 26-35 also proved to be outliers. Some 22% cited too much debt as their top reason for limiting spending.

This, too, is unsurprising given the amount of student loan debt many young adults face. The typical graduate of the 2016 class left college owing $37,173, according to student loan expert Mark Kantrowitz. 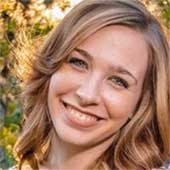 Makenzi Wood, 24, a marketing manager in Texas, says she and her husband, 29, made a lifestyle change after they married in May 2015. She had student loan debt and he had credit card debt; the latter was “strangling us alive,” Wood says.

They cut back on their spending in an effort to pay off all of their debts, began saving and have a goal to quit full-time work when she turns 35 and he turns 40.

The couple began making their own bread and pasta sauce, for example, to cut back on food costs, sold her car to rid themselves of auto loan payments and moved into a less desirable neighborhood closer to Wood’s job to save on transportation costs.

“We’re kind of unusual in that regard, but our goal is to be financially independent,” Wood says.

Americans’ shift away from fearing job security and their increasing comfort level with debt led to a rebound this month in Bankrate’s Financial Security Index, which is derived from survey questions on how people feel about their debt, savings, net worth, job security and overall financial situation.

The October reading of the Financial Security Index rose to 101.3, up from 99.9 in September, its lowest level in more than 2 years. Any reading above 100 indicates improved financial security over the past year while readings below 100 profess a deterioration in financial security.

While Americans still indicate a higher net worth on balance over the past year, the reading was less impressive than last month, owing in part to a stock market that was 1% lower compared with when the September poll was conducted.

RATE SEARCH: Park your cash in a CD. Find the top yields now.

Although not all people who are saving money list saving as the primary reason why they hold the line on monthly spending, we sought to find out what motivates this group. After all, they are a rare breed.

The June 2016 Financial Security Index, for example, found that 28% of all Americans have no emergency savings at all. So who are these people who actually do save? And what motivates them?

Here are a few examples: 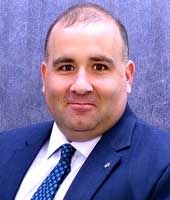 Vance had planned to leave the U.S. Army after 4 years. But things happen.

When the Army major finally retired after 22 years in January 2016, Vance knew he would have a steady government pension check — albeit one 45% of what he had grown accustomed to — every month.

So the husband and father of one son set out to start his own financial planning business, Trisuli Financial Advising, a fee-only planning and tax prep business he named after a river in Nepal he used to paddle near the U.S. embassy where he worked.

He now serves a client base that includes both military and non-military families.

Those without a military background are “fairly concerned they’ll be able to save enough to retire,” he says.

Vance isn’t so concerned about that himself, but as a business owner he is worried about job security. So he recently put his family on a food budget. They now pay for groceries and all other food with cash.

“Having to pay cash makes you think about what you buy,” he says. 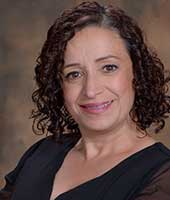 Jwayyed is divorced, but says she lives much more comfortably than some of her female clients whose marriages have also ended. In 2011, she began teaching other women how to better manage money. This is a side business for the mortgage risk analyst by day.

“Although I do want to treat myself every so often, I try not to get carried away so I can save some money,” Jwayyed says.

But over the summer, Jwayyed says she “went too far” with her spending and now realizes she needs to build a bigger savings cushion. Although her retirement accounts are in good shape, Jwayyed figured she need to save more “just in case.”

Her goal: $7,000 in additional savings, which she figures she’ll achieve in another 2 or 3 months with some spending discipline.

“I’m after my financial security,” she says. “It will make me feel secure in case an unexpected expense comes up.” 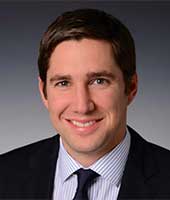 Braun, the CEO of PetInsuranceQuotes.com, says having a stockpile of cash is important as a small business owner. But knowing that his 2-year-old son relies on him has made Braun more disciplined about his spending, too.

That’s why Braun and his wife opened an online brokerage account and now contribute money to it every month. They hope to bank future income increases into their savings.

The family has also cut back on eating out, buying clothing and taking impromptu vacations, something the couple did before having a child.

“We definitely want to save at least what we’re saving now forever,” Braun says.