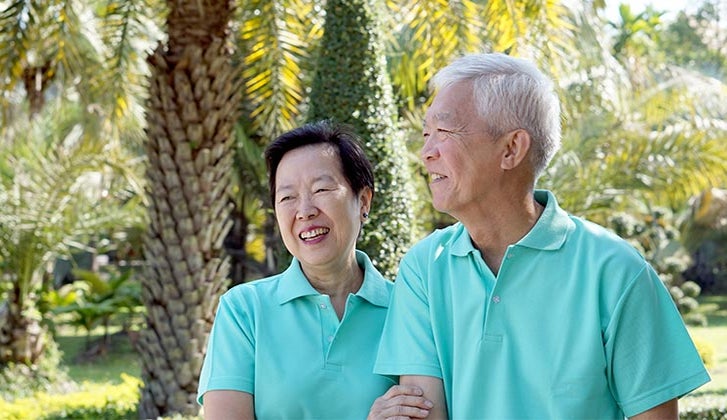 As much as 21% of people surveyed are saving more for retirement than last year, a new record-high percentage in Bankrate’s Financial Security Index. On the flipside, fewer people are choosing not to save anything for retirement. Just 5% didn’t contribute to retirement savings this year, a new low for the survey.

The specific question regarding retirement savings has been surveyed by Bankrate once a year for 5 of the past 6 years.

Lea Wenban is one of those who is saving more. The 45-year-old Palm Beach Gardens, Florida, resident admits she should have started saving when she was younger.

“I will save even more in the near future, and that is a mixture of being financially able to do so and being more savvy, more aware,” she says.

The results of Bankrate’s Financial Security Index for August mirror government economic benchmarks that show the U.S. continues to baby-step out of recession, and that has helped to increase retirement savings.

The FSI reached its second-highest level of the year at 104.5. A reading above 100 shows Americans have an improving sense of financial well-being.

Household balance sheets are stronger due to lower debt burdens, record low household debt service ratios and a record high level of job openings (5.8 million), says Steve Rick, chief economist with the CUNA Mutual Group. “The last time the economy was this strong was back in 2007.”

Companies help employees to save

The Bankrate survey results are also evidence of a changing retirement savings environment.

“The ongoing disappearance of traditional pension plans, and the precarious financial position of many of the remaining ones, puts the onus on individuals to save more,” says Alan MacEachin, corporate economist with Navy Federal Credit Union.

At the same time, Adam Millsap, a research fellow with the Mercatus Center at George Mason University, says automatic enrollment in 401(k)s also has grown in popularity, boosting savings.

“Auto enrollment has been shown to increase the proportion of people who save,” Millsap says.

In addition, some employers are expanding their employer 401(k) match, according to Paychex, the payroll and benefits management company. That likely will induce people to save more for retirement, Millsap says.

Johnny Dilan, 35, of West Palm Beach, Florida, says he started saving at 29, deducting $150 per paycheck for retirement savings. As his pay increased after the recession, he boosted his contribution.

Perhaps most surprising in Bankrate’s survey was which age groups are leading the way in saving more now than last year for their retirement. Generation Xers (ages 36-51) led the pack at 26%, followed by younger millennials (ages 18-25) at 22%.

“Younger generations are likely saving more because they’re near the beginning of their life cycle and need to save more to reach their retirement objectives,” says Sam Rines, senior economist at Avalon Advisors LLC.

“The older generations have already done the majority of the saving they will do, and may see little point in putting additional dollars away at such low return levels,” he says.

RATE SEARCH: Are you saving money for retirement? Check out the CD rates today at Bankrate.com .

Wages and jobs on the rise

The fact that younger generations have boosted savings may reflect an improving economy.

Indeed, the unemployment rate in the U.S. has fallen to 4.9%, as 547,000 new jobs were created in the past 2 months and workers got a 2.6% increase in wages over the past 12 months, according to the Bureau of Labor Statistics.

That’s not to say that everyone is doing well. In Bankrate’s study, 17% of Americans are saving less than last year. But that statistic is consistent with FSI readings since 2012, when the range has held between 14% and 18%.

“Workers earning minimum wage — or near minimum wage — are likely unable to save for big-ticket items, or simply save in general,” Avalon Advisors’ Rines says. “The cost of living is simply too high.”

On that cost side, MacEachin, with Navy Federal Credit Union, says rising rent and health care expenses continue to erode discretionary income that otherwise could be used to boost savings.

Mercatus’ Millsap agrees, but he points to yet another cost that can take out a big chunk of family income and cut saving: a child’s college education.

RATE SEARCH: Do you have a savings account for emergencies? Check out the savings rates today at Bankrate.com .

By age group, the so-called silent generation, those 71 and older, registered the largest percentage of Americans saving less than last year at 36%, followed by younger baby boomers (age 52-61) at 30%.

This is not a good sign, says Bankrate’s McBride.

“Younger baby boomers saving less for retirement than last year is troubling because they’re more likely in their peak earning years and should be utilizing higher catch-up contribution limits to get on track for retirement,” he says. “Those in the silent generation who are saving less may be a function of earning less as they phase into retirement.”

Still, 56% of those surveyed are saving the same amount for retirement as last year, also a new high.

Four of the 5 areas that make up Bankrate’s overall index — job security, debt, net worth and the respondent’s overall financial situation — showed improvement over last year.

Net worth and job security were high points of the August index. Americans reporting higher net worth than last year outnumbered those reporting lower net worth by more than 2-to-1 — nearly the same ratio of those feeling more secure in their jobs compared to those feeling less secure.

With unemployment falling from over 9% to 4.9% since 2011, the market’s run-up since 2009 and the recovery in home values, household finances have improved.

“Wage growth is also starting to improve finally, as the job market tightens. This has boosted many households’ confidence, wealth and incomes,” Navy Federal’s MacEachin says.