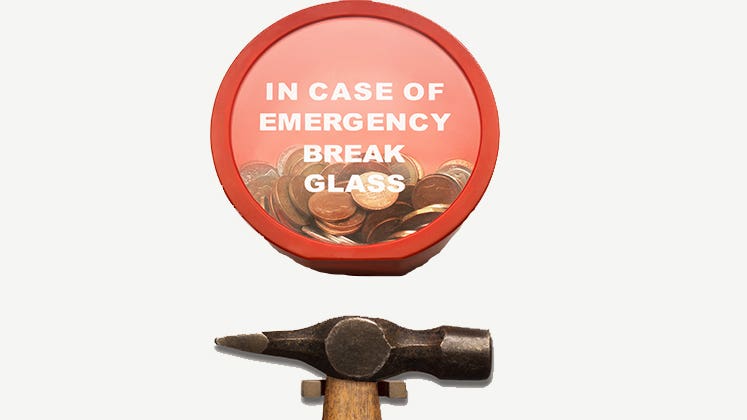 J.T. Campbell (left) was glad he had emergency cash when he lost his job, and Toccarra Thomas was relieved she had money saved to pay for a car repair.

Having an emergency fund can save you heartache when unexpected costs arise or your income suddenly falls. Yet more than a quarter of Americans have no emergency savings at all, a Bankrate poll finds.

J.T. Campbell, an Uber driver in Palm Beach Gardens, Florida, knows from experience the importance of having an emergency fund.

Saving for emergencies was something he “never really did before recently. I was always a very bad saver. If I had money in my pocket it was gone,” Campbell says.

Then one day, his roommate lost his job. Campbell found himself unable to cover his roommate’s portion of the rent and was forced to move out shortly thereafter. From that point on, Campbell resolved to put away part of his paycheck into emergency savings, even if he had to cut back on spending to do it.

RATE SEARCH: Deposit yields got you down? Try shopping for CDs.

That decision paid off big-time when Campbell lost his job in October.

Savings, plus unemployment benefits, “kept me afloat for another 4 months of paying the rent,” Campbell says. “If I didn’t save that, I’d be out of a car, out of a house, out of everything.”

Too many with too little savings

Annamaria Lusardi calls this phenomenon “financial fragility.” She is a professor of economics at the George Washington University School of Business and academic director of the Global Financial Literacy Excellence Center.

“People do not have a buffer to shield themselves,” Lusardi says. “If they are hit by a shock — the car breaks down, the children need braces — they wouldn’t be able to face the shock. Or they would have to rely on charging more on their credit cards, or take a payday loan, or take a loan out of their retirement accounts. And these, I think, have real consequences.”

Women, those in lower-income households and those with a lower level of education, were most likely to report having no emergency savings.

Those with a high school diploma or less were 4 times as likely as college grads to say they had no emergency savings.

Financial security overall is up

Fortunately, fewer Americans appear to have been experiencing financial distress lately. The Financial Security Index is in positive territory for the 25th consecutive month. The FSI polls Americans on several key measures of their financial health now compared with a year ago, and turns those answers into a score. Any score over 100 is considered positive, and for June, the FSI clocked in at 103.2.

Putting together an emergency fund is so fundamental to a household’s financial well-being that Charlie Fitzgerald III, CFP professional, a fee-only financial planner and principal at Moisand Fitzgerald Tomayo, calls it “Financial Planning 101.” 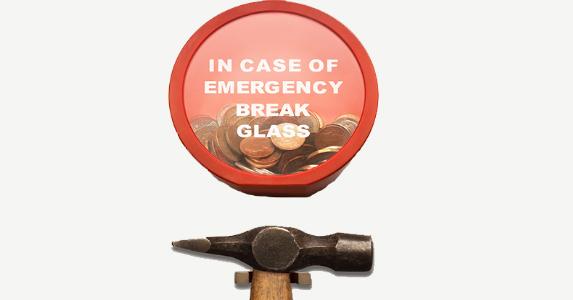 “To not have any reserves at all is the antithesis of financial planning,” says Fitzgerald. “It’s one of the first things when you’re sitting with a client for the first time, or even clients you’ve had for a while, you’re always wanting to see where, if you need money in a short-term fashion, where is it going to come from?”

That perspective does seem to be sinking in with an increasing number of Americans. The percentage who say they have enough emergency savings to cover 6 months’ worth of expenses or more is the highest it’s ever been in the 6 years Bankrate has polled Americans on the question. In fact, at 28%, it now equals the number who say they have no savings at all.

For Toccarra Thomas, a small-business owner and graduate student in Knoxville, Tennessee, putting together that kind of generous emergency fund wasn’t just about avoiding catastrophe, it was also about freeing herself up to seize a high-risk, high-reward opportunity.

“I was working for about 8 years, always living paycheck to paycheck even though I was making relatively good money. I had a credit card, a car note, all those things,” Thomas says.

When she realized she wanted to leave her job and go into business for herself, she got serious about saving. By being frugal and taking advantage of the option to cash out unused vacation time, she was able to pay off her auto loan and her credit cards, as well as build a cash reserve to cover dips in her income and unexpected expenses as her business got going.

But having cash on hand did more than give Thomas breathing room to start a business, travel and pursue an MBA. It also made day-to-day life much easier, she says.

“It was the best thing ever,” Thomas says.

When her car’s air conditioning went out, Thomas says, “Normally I would have freaked out, like ‘How am I going to pay for this?’ I would have put it on a credit card.”

But with an emergency fund, things were different. “I was like, ‘Oh, I have money in the bank.’ And I was able to pay for it in one shot.

“I felt a lot freer,” Thomas says. “I could just do things without that weight over my head.”

As important as having emergency savings is, the United States isn’t doing a great job of encouraging people to have it, Lusardi says.

She says that part of the problem is that Americans’ financial responsibilities have multiplied in recent years. Now saving for a rainy day has to compete with saving for retirement, for increasingly expensive college educations for kids and for health care, and there’s not always enough left over to make it into an emergency fund.

“We have very little policy to promote short-term savings,” Lusardi says. “We forget that people live in the short run, not just in the long run.”