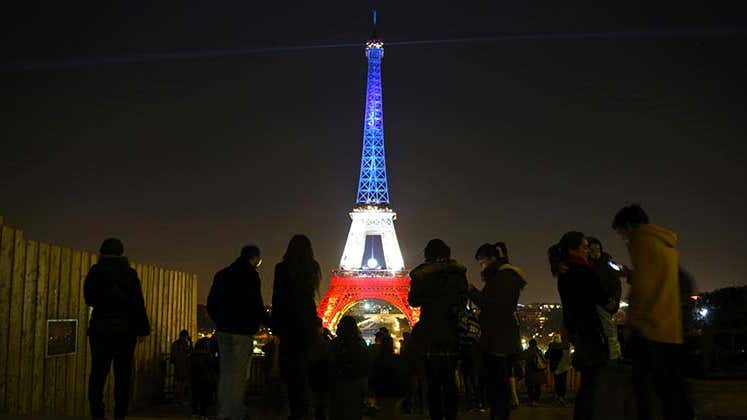 Millions of Americans are less inclined to invest in the stock market after the latest high-profile acts of terrorism in a Western Europe, a new Bankrate Financial Security Index survey finds.

While the vast majority of Americans say the attacks haven’t made a difference either way in their investing behavior, 11% say they are less likely to invest following the Paris and Brussels attacks.

Daniel Goodwin, president of Provident Wealth Advisors in Spring, Texas, is no stranger to terrorism-related calls from clients. He remembers hearing from a panicked client who wanted to desert the market altogether right after the Paris attacks.

“She called and she said that she wanted to move all of her money to cash right now,” Goodwin says.

For an already “fearful-natured” client, the media frenzy surrounding the attacks was too much.

“Some commentator was on television talking about the global economy, and how this affects trade and commerce, and this prognosticator was saying that, ‘This is certain to have a negative impact on an already fragile world economy,’ and that it could be a tipping point,” he said. 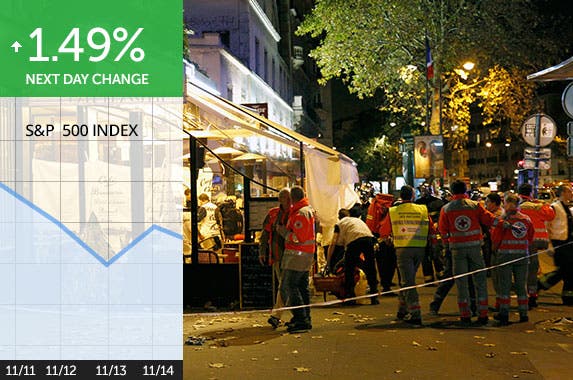 By the end of a long phone conversation, Goodwin was able to talk his client down.

“I coached my client to not make a mistake with her money, and that is largely how I see my role,” Goodwin says, noting that rash decisions are a big reason rank-and-file investors’ returns often fail to keep up with the market.

“Investors take stock market risk, but only receive a 3rd of the return for which they’re entitled because they’re piling in when the going is good, and if it starts to dip down a little bit, they’re jumping out,” he says.

The thing that surprises Lawrence White, a professor of economics at NYU’s Stern School of Business, about Bankrate’s poll is that the number of worried investors isn’t higher.

“I would have expected more people to have said, ‘Oh I’m more nervous about what the future holds, so that’s going to make me more cautious about investing in the stock market,'” White says.

In fact, emotional reactions often factor into people’s investing decisions more than they may realize, he says.

Investors over 50 were particularly likely to say they were spooked about stocks, with 17% of those 65 and older saying they were less likely to invest in the wake of the attacks. That aspect of the results makes sense to Walter Enders, a professor emeritus of economics at the University of Alabama, Tuscaloosa, who has studied the issue of market reactions to terrorism.

“Older people are more sensitive to terrorist attacks than other people,” Enders says. “It’s really consistent with what other people find.”

ADVISER SEARCH: Find a financial adviser that you can trust.

Some investors of all ages are certain to react emotionally to the disturbing news reports coming out of areas hit by terrorism. But most don’t. In Bankrate’s poll, 8 in 10 Americans said that the Paris and Brussels attacks hadn’t affected their sentiments toward investing.

More affluent investors, as well as younger investors who have come of age in the attack-ridden post-9/11 era, were particularly likely to be unfazed, according to the Bankrate poll.

To the extent that some peoples’ attitudes toward investing may change with a terrorist attack, it may not be enough to actually move the markets, Enders says.

“The real question is, does that affect their behavior?” Enders says. “Do they go up and call their broker and say, ‘Now that I’ve seen these attacks, let’s reallocate my portfolio’?”

A look at stock market performance following most attacks seems to suggest they don’t, he says.

“The market doesn’t respond much to terrorist attacks, if at all, anymore,” Enders says.

One caveat: While major indexes don’t shift too much, volatility does tend to rise.

“There’s bigger increases and decreases (in stock prices) after a terrorist attack resulting from possible uncertainty,” he says.

Stone recently analyzed a long list of terrorist incidents and found few instances where the U.S. stock market was still down after a quarter of trading.

“Most of the time, the impact had generally faded by about 10 days after the incident,” he says.

Still, a larger-scale act of terrorism similar to 9/11 or an attack on critical infrastructure, such as a regional power plant could have more far-reaching effects, he says.

If an attack substantially affects the economy’s ability to produce goods and services and diminishes companies’ ability to make money in the future, that could lead to lower stock prices far into the future.

Enders agrees. He says that terrorists lately have directed high-profile attacks more at train stations, restaurants, sporting events and other so-called soft targets, which have lessened their impact on world markets.

“The kinds of attacks that we’ve seen are not directed at financial centers, where there might be liquidity crunches,” Enders says. “I’ve got a mutual fund, so I’m not going to just dump it and put my money under a mattress because a restaurant was attacked.”

The innate ability of humans to adapt to nearly any situation also plays a role in muting the impact of terrorist attacks on markets, says PNC’s Stone.

In fact, the Islamic State group and other terrorist organizations dramatically stepping up attacks in Europe and the United States may actually reduce the psychological impact attacks have. While it’s horrifying to think about, should events like those that happened in Paris and Brussels become “commonplace, markets do tend to eventually — for lack of a better word — shrug it off,” PNC’s Stone says.

“The beauty of humans is that we’re very resilient.”

ADVISER SEARCH: Ready to invest? Find a financial adviser in your area today.