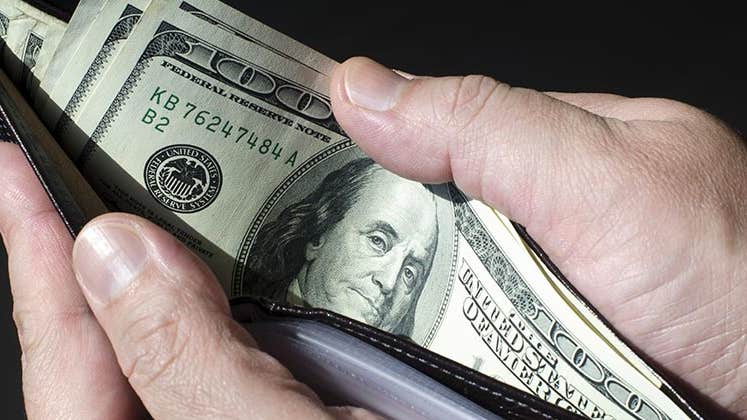 The slowness of the recovery is keeping Americans’ optimism in check, according to mixed indicators from Bankrate’s May 2013 Financial Security Index.

U.S. consumers felt better about their overall financial security in May, versus a year ago, for the third straight month. But they’re still worried about their savings reserves and refuse to spend more on vacations and dining out despite saving more money at the pump.

“It’s indicative of the type of recovery that we have,” says Greg McBride, CFA, senior financial analyst at Bankrate.com. “Consumers are certainly not swinging from the chandeliers, but they are feeling better.”

But the index also captured consumers’ caution as economic growth inches along. May’s reading was down from 100.4 in April and from the all-time high of 101.5 in March. More Americans felt worse about their savings than a year ago, and an unusual decline in gas prices this spring couldn’t convince them to spend more on discretionary items.

Gas prices fell nearly 26 cents per gallon from the last week of February to the end of April, the first time that’s occurred in a decade. Gas prices typically rise from the end of winter to the beginning of summer. But only 17 percent of consumers said they increased their purchases on nonessentials due to the decline. A whopping 80 percent didn’t spend more, according to the survey.

The savings they received shouldn’t be overblown. Drivers found an extra 45 cents per day in their wallets because of the decline in prices. That’s only $13.50 more per month in a consumer’s pocket, not enough to cover a restaurant bill, let alone compensate for the loss of income from higher payroll taxes.

And Americans are driving less, anyway, as a way to save money. Demand for gasoline was at the lowest four-week level to start May since 1999, says Tom Kloza, chief oil analyst at Oil Price Information Service.

“There’s a lot less discretionary driving and spending,” Kloza says. “If I were in a cave looking at these numbers, I would think they are indicative of a swoon, particularly in the last two months. That’s really unusual.”

Americans still face stiff headwinds as the economy slowly recovers. The sequester cuts in government spending are starting to ripple through the economy, and many consumers are still adjusting to the higher payroll taxes.

“People have less money to spend,” says Chris Christopher, senior principal economist at IHS Global Insight. “When you don’t have as much money, you hold back.” 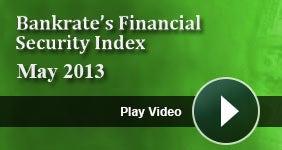 The latest data from the Federal Reserve showed credit card balances decreased 2.4 percent in March. Consumer spending also slowed to 0.2 percent in March, down from 0.7 percent in February, according to the Commerce Department.

Americans stashed away less, too. The savings rate in March was at levels not seen since the beginning of the recession in December 2007. That could help explain why a third of consumers feel less comfortable with their savings versus last year, according to Bankrate’s index, along with dismally low yields on savings instruments.

But the index’s positive reading reveals that the outlook is far from bleak. Consumers reported improvement in job security and net worth along with increased comfort with their debt. Respondents also felt their overall financial situation was better than last year, too.

Outside the Bankrate index, broader indicators are also showing an improving economy. Standard & Poor’s 500 index and the Dow Jones industrial average both reached record highs in the last month. And home sales and housing prices continue to rise in a meaningful rebound. Interest rates also remain attractively low for borrowers.

“The economy is improving at a pace reminiscent of stop-and-go traffic,” McBride says. “No one will mistake this as an economy that is cruising along at top speed. But nor is it one that is stalling out.”