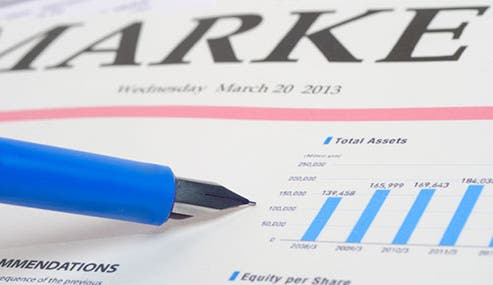 Americans reported feeling comfortable with their overall financial security for the second straight month in April, according to Bankrate’s Financial Security Index. But their optimism had waned since March and wasn’t enough to push them into investing in stocks or to dispel their unease with their savings.

The index registered 100.4 in April, down from an all-time high of 101.5 in March. A reading above 100 indicates a positive feeling of financial security versus the year before. April’s reading marked the second time the FSI — which began in December 2010 — has hit positive territory for two months in a row. The last time was May and June of last year.

The index, which was conducted before the latest anemic jobs report, may have captured earlier enthusiasm created by the sharpest increase in home prices in six years and post-recession highs from the Dow Jones industrial average and the Standard & Poor’s 500 stock indexes.

“Americans have recouped entirely the $16 trillion in household wealth that they lost since the Great Recession,” says Bernard Baumohl, chief global economist at The Economic Outlook Group. “That’s one of the two main drivers of consumer confidence.”

The other important factor is the jobs outlook, Baumohl says. While March jobs numbers were disappointing, there’s a good chance the government will revise those preliminary figures higher as it has done nine times in the past 14 months, he says.

Despite the upbeat attitude, Americans remain reluctant to invest in stocks. While the value of the S&P 500 has grown 135 percent since 2009, our survey found that more than 3 out of 4 people were not more inclined to invest in the stock market, even as yields on savings accounts and certificates of deposit remain comically and persistently low.

“I think investors are still in a state of post-traumatic stress investing,” says Ron Florance, CFA, managing director of investment strategy at Wells Fargo Private Bank. “They’ve been so beaten up over the decade that even a rally doesn’t give them confidence.”

That’s hardly a shock. Florance noted that higher-income people are generally more familiar with the risks and rewards of stock investing. About 7 in 10 households in the highest two income quintiles have stock or mutual fund investments, compared with only about 2 in 10 in the lowest two quintiles, according to 2011 government data.

Higher-income people also typically invest for the longer term, a strategy that better weathers the ups and downs of the stock market, he says.

Along with stocks, Americans also felt uncomfortable with their savings compared with other parts of their personal finances. Only 61 percent felt better or the same as last year about their savings level. That left more than a third worried about their nest egg.

“People’s attitudes have changed since the recession,” says Paul Edelstein, director of financial economics at IHS Global Insight. “They want to have a lot of cash on hand.”

But higher payroll taxes this year have hampered consumers’ ability to save. A worker earning $50,000 a year is bringing home $20 less each paycheck this year than in 2012, thanks to the expiration of the 2 percent payroll tax holiday enacted during the recession. The effect has been immediate.

What consumers can put away for a rainy day isn’t earning much in savings accounts and certificates of deposit, either. Those returns have averaged less than 1 percent a year, hardly better than stuffing the couch cushions with cash. No wonder Americans are still worried about their cash reserves.

“Instead of buying big-ticket items or investing in the stock market,” says Edelstein, “Americans are thinking, ‘I’d like to save a lot more.'”