10 of the richest NFL players

While there are a few defensive players putting a big hit on owners’ pocketbooks this year, offensive players make up the majority of athletes receiving the top, eye-popping NFL contracts.

Of the top 10 NFL players on Forbes’ highest-paid athletes list, 6 are quarterbacks. Here they are in ascending order. 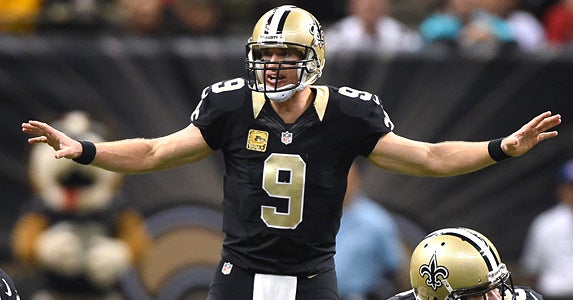 His name is so closely tied with the Saints that you’d think he was born in New Orleans, but Drew Brees wasn’t signed to the franchise until 2006. So, it’s understandable why the Saints ownership has dived deep into their pocketbooks to keep him around. It also doesn’t hurt that Brees ranks 4th on the all-time passing yards list and has averaged around 5,000 passing yards for the past 4 seasons. Brees is also 2nd to only Peyton Manning in endorsement earnings, with $11 million. 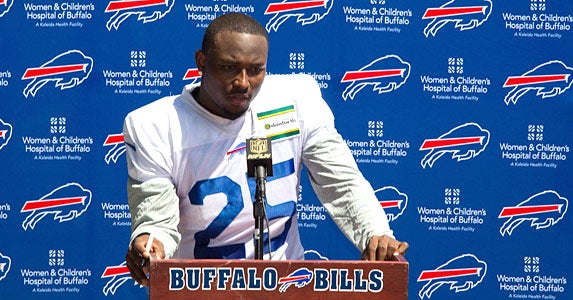 Judging by the commas in his salary, the Bills were happy to get their hands on running back LeSean McCoy when they snatched him from the Philadelphia Eagles in March. The reason is clear. He’s a 3-time Pro Bowler who ran for 1,319 rushing yards in the 2014 season and 1,607 in 2013. McCoy is also raking in 6 figures from endorsement deals with companies like Nike and Zenith helmets. 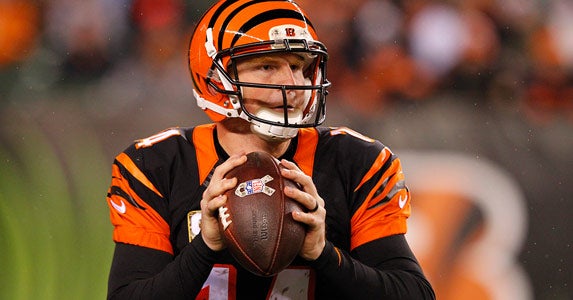 While Andy Dalton hasn’t yet won a game in the postseason, the Bengals have done all they can to keep their quarterback around by signing him to a 6-year, $96 million contract in 2014. Dalton has led the Bengals to the playoffs every season since he joined the franchise as a rookie in 2011. He has thrown for more than 3,000 yards each season. That’s been enough to earn him $1 million in endorsement deals on top of his annual salary. 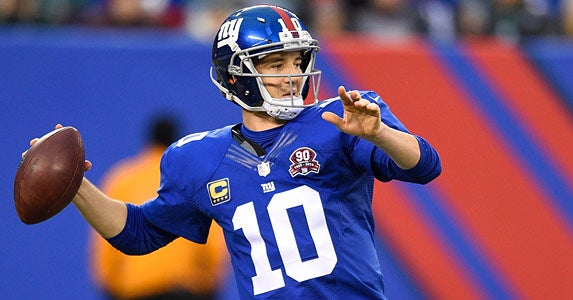 A 2-time Super Bowl winner, Eli Manning is almost getting as much as his brother Peyton from endorsement deals — $8 million from companies like Toyota Motor, DirecTV, Gatorade and Dunkin’ Donuts. That’s on top of the $15.2 million base salary and $500,000 bonus he received in 2014. His contract is up after the 2015 season, marking 12 seasons with the Giants. 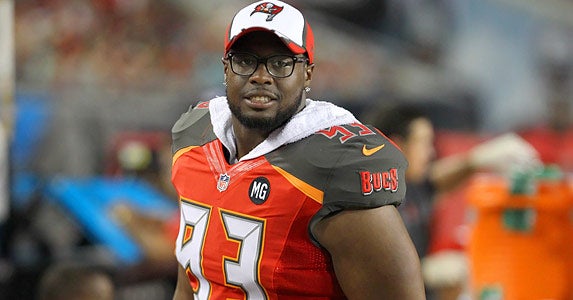 Gerald McCoy is widely regarded as one of the best defensive tackles in the league, and he’s being paid accordingly. In October 2014, the Buccaneers signed McCoy to a 6-year, $95.2 million contract extension with a $51.5 million guarantee. The Buccaneers are no doubt hoping his 2015 season is similar to his 2014 performance, when he had 28 total tackles and 8 1/2 sacks. 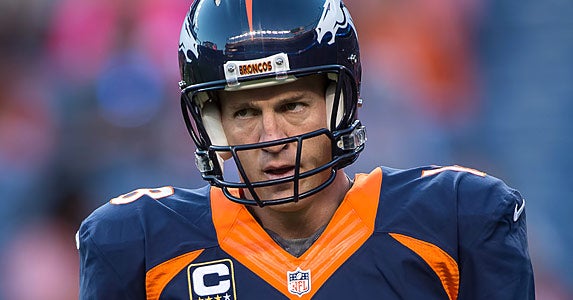 Peyton Manning took a $4 million pay cut for the 2015 season so the Broncos could sign free agents, but with his endorsement deals, he’s still one of the highest-paid players in the league. Manning earned a $15 million salary from the Broncos in 2014. The other $12 million came from endorsing everything from Nationwide to Papa John’s. Manning tops the NFL in earnings for endorsements. 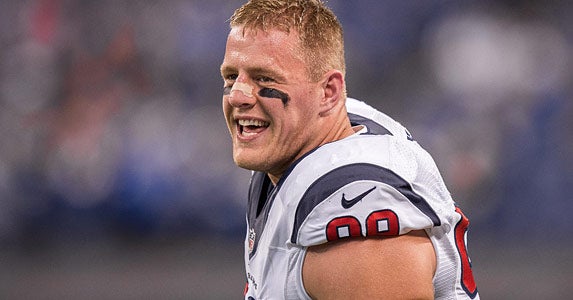 J.J. Watt certainly earned his way into the 6-year, $100 million contract extension he signed last year with the Texans — the 2nd biggest deal for a defensive player in the league’s history. Undoubtedly, the Texans are eager to keep him after his performance during the past 4 seasons. The 3-time Pro Bowler was the first in the league’s history to record 2 20-sack seasons, with 20 1/2 sacks in the 2014 season. He also holds franchise records for sacks and forced fumbles. But he’s no slouch when it comes to endorsement deals either, earning $7 million from companies like American Family Insurance and Ford. 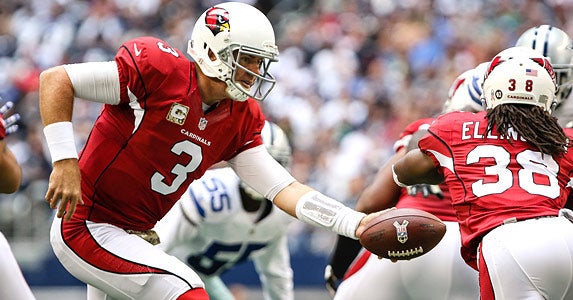 Carson Palmer had a season-ending ACL tear right after signing a 3-year, $49.5 million contract extension with Cardinals in November. But the Cardinals are paying him well to recover and get back for the start of the 2015 season. His $28.5 million salary and $500,000 from endorsement deals make him the 3rd-highest paid player in the NFL. 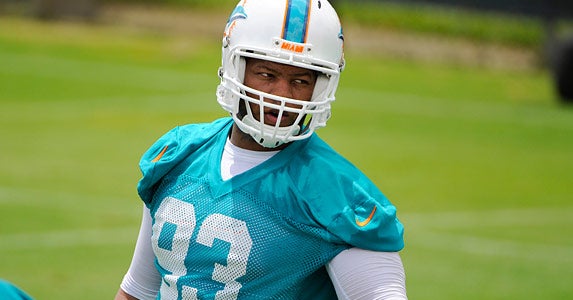 Ndamukong Suh set a league record for personal fouls within his first 2 seasons with the Detroit Lions, and he has now paid more than $200,000 in fines. In the 2014 season with the Lions, he totaled 44 tackles, including 8 1/2 sacks. Despite his controversial aggressive style of play, the Miami Dolphins signed him in March to a 6-year, $114.3 million contract, making him the highest-paid defensive player in NFL history. That’s a salary of $38.2 million a year in addition to his 6-figure total in endorsement deals. 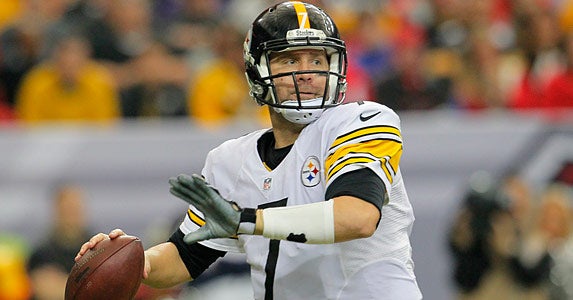 Nicknamed “Big Ben,” Ben Roethlisberger has brought the Steelers 2 Super Bowl titles in his time with the franchise. His 2014 year was one of his best, passing for almost 5,000 yards and completing 32 touchdown passes. That performance did not go unnoticed by the Steelers. The franchise signed him to a 4-year, $87.4 million contract extension in March. His $46.4 million from salary and bonuses in 2014 and his $2.5 million in endorsement deals make him the highest-paid NFL player. 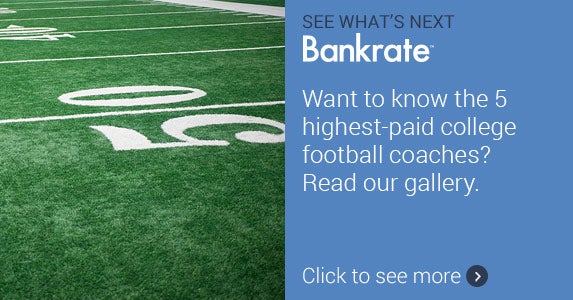 More On Sports And Money: