Are annuities right for your investment plan? 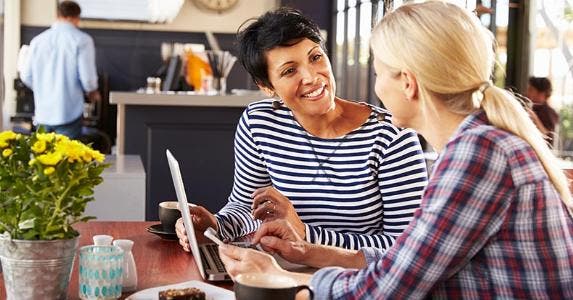 Annuities are attractive options for investors looking for a safe haven for their fixed-income dollars or retirement savings.

Annuities contain a number of insurance guarantees, including the option to “annuitize,” or turn the principal into a lifetime stream of income. But investors may find that fees can be steep and earnings are taxed as ordinary income even if it’s a long-term capital gain.

Annuities, even when sold through a bank, are not insured by the Federal Deposit Insurance Corp. The safety of your principal rests on the financial strength of the annuity provider. If the insurance company fails, your annuity might be covered up to $100,000 by your state’s guaranty association. The associations operate under their state laws. What they cover and how much they pay varies from state to state.

Pros and cons of annuities

What’s good about an annuity?

What’s bad about an annuity?

Here are the different types of annuities:

Annuities often offer higher interest rates than certificates of deposit, but the term “fixed-rate” is a misnomer when it comes to annuities. Unlike a CD, where the rate is fixed for the full term of the CD, fixed-rate annuities have no maturity date and often guarantee a rate only for the 1st year. The interest rate usually drops after the guaranteed period and is adjusted annually.

The insurance company may impose a penalty period for several years where you’ll pay steep surrender charges if you withdraw money during that period.

Since there’s a tax-deferral feature to annuities, you may have to pay a hefty 10% penalty to the IRS if you withdraw money before age 59½. Another consideration is that earnings on annuities are taxed as ordinary income by the IRS regardless of how long you’ve held the investment.

When you invest in one of these, you select from an array of mutual funds in which to allocate your investment dollars. Typical offerings might include balanced mutual funds, money market funds and several international funds, among others. Along with the tax-deferral benefit, you also get income guarantees you can’t get with other investments. For instance, variable annuities, for a fee, offer a death benefit feature.

Say you invest $100,000 in a variable annuity. Over the next few years, the value of the mutual funds held in your variable annuity declines to $75,000. A declining investment in a straight mutual fund would mean your heirs would get only $75,000. With an annuity, your beneficiaries still would get the $100,000 if you die. And, with some death benefit arrangements, if the market value of the annuity has risen to $125,000, your beneficiaries would receive that amount.

The tax situation is the same as for fixed-rate annuities; earnings are taxed as ordinary income no matter how long they’re held. You never want to use annuities in a qualified retirement account such as a 401(k) or an IRA. Those plans allow you to accumulate money on a tax-deferred basis. There’s no sense in paying the higher costs of an annuity when you can simply invest in a mutual fund and reap the benefits of deferring taxes less expensively.

Variables make good sense if you’ve already reached the limit on your other retirement savings vehicles, yet still have money you’d like to squirrel away and can part with long term. You’re not limited in the amount you can invest in an annuity, as you are with IRAs and some other retirement-savings vehicles.

Variable annuities offer some other features that can make them appealing to certain investors, despite the drawbacks. Most significantly, many allow you, for a fee, to convert your investment to an annual income stream or annuitize it. The insurance company guarantees that you will receive income payments, either for a certain period of time or for as long as you live.

These are fixed-rate annuities, but the guaranteed rate matches the penalty period. In other words, if you buy a 5-year CD-type annuity at 4%, you’re guaranteed to get 4% annually if you hold the CD for 5 years. One problem with this is that, if rates rise, you’re locked in at a lower rate.

The CD-type annuity was developed to solve the problem of insurers making empty promises to continue paying a high interest rate after the guaranteed period. Rates were falling and customers weren’t getting what they expected, so they paid a penalty to get out of the investment.

Typically, CD-type annuities offer a higher interest rate than non-annuity CDs. They are a tax-deferred investment, but if you cash your 5-year CD before age 59½, you’ll pay the IRS a 10% penalty on the gain. However, many contracts allow customers to take out up to 10% of the balance or up to 100% of the interest annually without insurance company penalties.