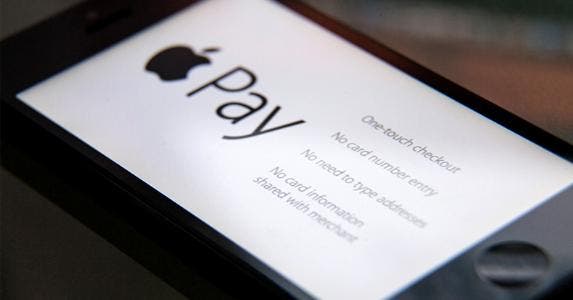 The product certainly has its selling points. Most notable among them is Apple Pay’s use of biometrics (in the form of fingerprint authentication) and tokenization, the process of swapping out card credentials for a meaningless string of alphanumeric characters.

These features will attract customers who are increasingly worried about their debit card or credit card information winding up in the wrong hands.

Plus, Apple has “extreme brand loyalty” on its side, he says. So at the very least, the company’s best customers are likely to give the new payments platform a whirl.

Still, there are ample reasons why Apple Pay may not be the big payments disruptor some folks are banking on. Here’s why the new wallet isn’t exactly a big deal. (Note: Apple did not respond to requests for comments regarding this article.)

You’ve seen this technology before and have yet to embrace it. We’re all wired to think of Apple as innovative. And while that’s certainly true in many instances, the technology that powers its mobile wallet isn’t exactly a revelation.

“They didn’t create anything new” as part of the Apple Pay rollout, Gerbino says.

For instance, the Touch ID feature, which uses a person’s fingerprint as their pass code, debuted on the iPhone 5s. And the near-field communication, or NFC, chips enabling contactless payments on the iPhone 6 and iPhone 6 Plus have been around for years. Mobile wallet competitors Google Wallet and Softcard (formerly Isis wallet) actually utilize the technology — and, as you’ve probably noticed, they’ve yet to kill off our credit cards or debit cards. LoopWallet has a workaround with its fob system, so you don’t even need an NFC chip.

Softcard and Google Wallet even give users incentives and discounts, which Apple Pay has not yet said it would offer.

The timing is off. Consumers have yet to migrate to mobile payments in droves. As previously reported, forecasts from research firm eMarketer find that U.S. consumers are expected to make $3.5 billion in purchases through their smartphones in 2014 — a figure that pales in comparison with overall consumer spending, which in 2013 topped $10 trillion. And an April 2014 IDC survey found that mobile payment adoption has hit a point of slower growth.

Moreover, Apple may have misstepped when it decided to debut its wallet just a month or so ahead of the busy holiday shopping season.

“Do you want to be that person holding up the line trying to use Apple Pay?” Wester asks. “The longer it takes, the less likely it’s going to seem that important or immediate for people to adopt.”

The reason you might be holding up the line is because …

Not enough merchants are on board. Financial institutions may be gung-ho when it comes to Apple Pay, but the merchants who need to accept the payment platform in stores — well, that’s a different story.

Yes, there are a bunch of big-name retailers, including Bloomingdale’s, Duane Reade, Macy’s and McDonald’s, that plan on supporting Apple Pay. But there are plenty of others that have come out and said the mobile wallet isn’t on their current agenda.

Randy Hargrove, a spokesman for Wal-Mart, confirmed that the big-box retailer has “no plans at this time to participate” in Apple Pay. Also, Best Buy spokesman Jeff Shelman says the electronics chain will not be accepting Apple Pay at the moment.

Both retailers, along with CVS and others, are behind CurrentC, a rival mobile payments platform set to launch in 2015 that doesn’t use NFC and could preclude Apple Pay’s adoption in these outlets in the future.

Small businesses may be equally disinclined to update their point-of-sale systems for the new wallet.

“They’re going to have to buy new equipment; and they’re not going to buy equipment so … iPhone 6 users can buy stuff,” Gerbino says.

The lack of ubiquity means …

Yup, you’re still going to have to carry an actual wallet. You’ll need your credit cards or debit cards on hand to purchase items at the stores that aren’t accepting Apple Pay. You’ll also need a tangible payment method on hand in case your iPhone battery dies.

Apple Pay’s ultimate success could hinge on how it addresses these and other problems moving forward. The company certainly could also introduce features that would make the platform more attractive to merchants and customers later on.

For instance, it could offer discounts or coupons to give consumers incentive to use Apple Pay in stores, like Softcard does. Apple Pay could also integrate with a retailer’s loyalty program, similar to Starbucks’ mobile app.

“Over time, they’ll figure out things like using data” to provide a way for retailers to upsell, Wester says. “Right now … all I see is an interesting product that doesn’t provide much of an incremental benefit.”

For now, Gerbino predicts the wallet’s in-app purchasing capabilities will be a hit since Apple can just import existing payment details from iTunes.

“The fact that it’s going to be painless, I think the adoption will be there,” he says.

Do you plan on using Apple Pay? Let us know in the comments below.