Want a bigger paycheck? Look to these 2 industries 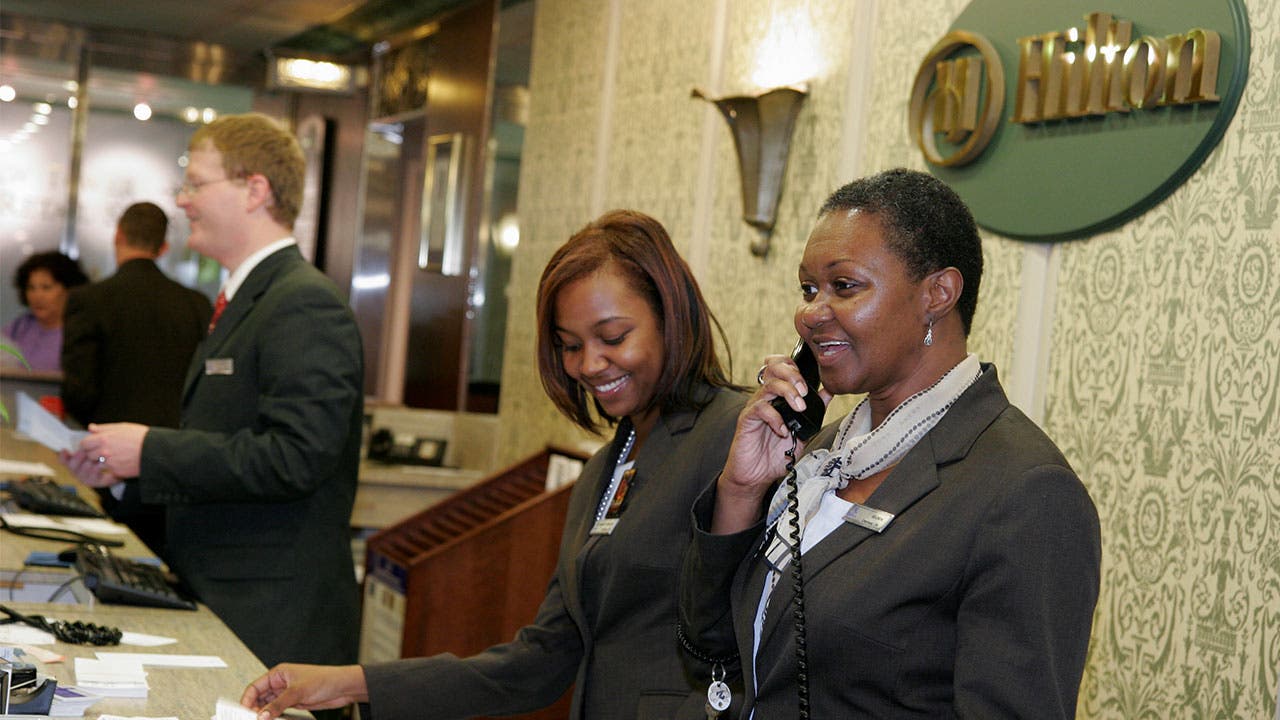 Overall wage growth continues to underwhelm, but workers in some industries are seeing bigger gains in their paychecks.

Data crunched by Wells Fargo puts two sectors at the very top of the wage growth spectrum over the past year:

This makes sense if you look at broad consumer-driven trends. More spending is geared toward access to information and entertainment as well as at bars, restaurants and travel. Also, minimum-wage increases are helping to lift some workers’ take-home pay. 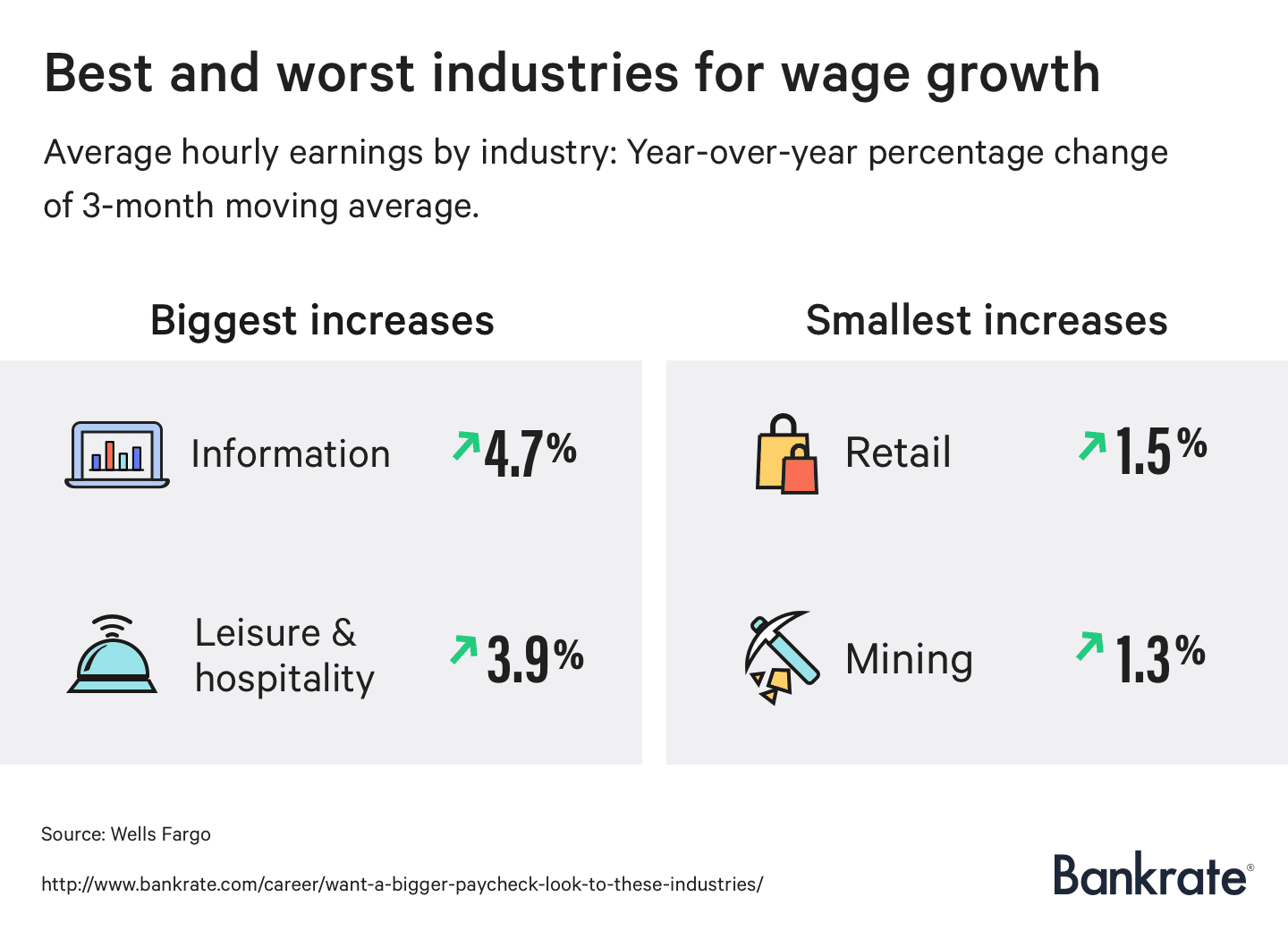 At the lower end of the spectrum, wages for retail workers grew just 1.5 percent year over year. Only mining fared worse, growing 1.3 percent over the past 12 months.

One steady complaint about the job market is that many workers aren’t getting the raises that they would have expected or experienced in the past. The July jobs report showed average hourly earnings were up 2.5 percent over the past year, stuck in a familiar glide path.

So why aren’t overall wages growing? Wells Fargo chief economist John Silvia blames “the lack of productivity and the lack of inflation.” It feels like we’re all working harder, but the output isn’t showing up in the official numbers, despite all of our snazzy new technology tools.

Silvia says a lot of tech goes toward improving our personal lives, but he questions whether it helps us get more work done. “It is easier for us to get through traffic, and (finding) hotels, and finding a place to eat. But, it doesn’t make a lot of difference with respect to actually producing output in the economy,” Silvia says.

Need more money? Here’s what to do

If you’re unhappy with your current income, think about getting a side hustle.

A new survey from CareerBuilder finds a surprising number of full-time workers are taking on additional gigs and making good money. CareerBuilder finds that 32 percent of workers have a side hustle. And 1 in 4 of these workers with side jobs are making more than $75,000 annually with their full-time job, and 19 percent are making more than $100,000. Our own survey found that 44 million Americans claim to have a side gig.

Taking on a side job can give your savings a real boost. And these aren’t all Uber drivers. They include baby sitters, bloggers, dog walkers, house sitters bartenders and even DJs. Who wouldn’t like to get paid for getting people out on the dance floor?