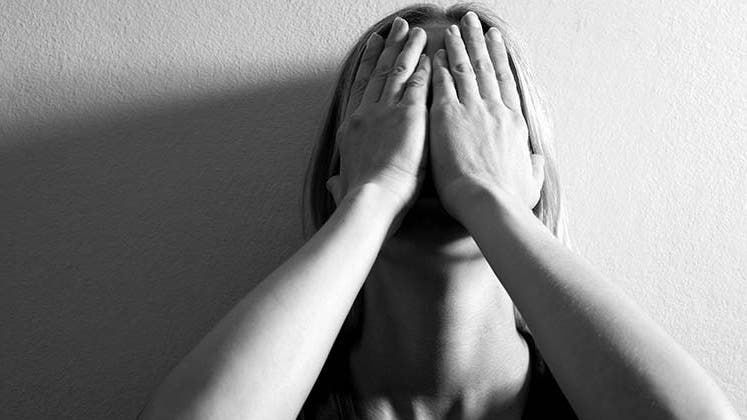 If you’ve been flagged as a so-called bank account abuser by agencies like ChexSystems, you may find yourself locked out of the traditional banking system for several years, if not longer.

The answer might depend on the definition of “bank account abuse,” which is not at all clear.

RATE SEARCH: If you’re looking to open an account today, let Bankrate.com help you find the best checking accounts near you.

Banks, credit unions and other financial institutions report information about consumers’ bank accounts to consumer screening and reporting agencies. These agencies — which are similar to the big credit reporting agencies Equifax, Experian and TransUnion — compile databases that financial institutions then use to help them decide who gets a bank account and who doesn’t.

The 2 largest agencies are ChexSystems, a subsidiary of Fidelity National Information Services, and Early Warning Services, jointly owned by Bank of America, BB&T, Capital One, JPMorgan Chase and Wells Fargo.

About 75% of banks might refuse to open a new checking account for a consumer who has a negative record in one of these databases. That’s according to “Account Screening Consumer Reporting Agencies: A Banking Access Perspective,” an October 2015 report released by the National Consumer Law Center, or NCLC, a nonprofit policy analysis and advocacy organization, and Cities for Financial Empowerment Fund, or CFEF, an organization that supports cities’ efforts to help people improve their financial stability.

Neither the banks nor the reporting and screening agencies have standardized definitions of account abuse. Nor have they standardized how or when this activity is reported, says NCLC staff attorney Chi Chi Wu, co-author of the NCLC and CFEF report.

The question of who has committed the supposed abuse also is open to interpretation, Wu says.

“A lot of account abuse involves overdrafts,” she says. “We would argue that in a lot of cases it is not the consumer who abused the account, but that they got abused because of the bank’s various practices with respect to overdrafts.”

Banks don’t see it that way. To them, bank account abuse is almost akin to bank robbery.

“Usually it’s mismanagement that can cause people to lose access to a banking account,” says Nessa Feddis, senior vice president at the American Bankers Association, a trade group in Washington, D.C.

Examples of mismanagement include not paying overdrafts and related fees, repeat deposits of uncollectible checks or multiple deposits of the same check, Feddis says.

Isolated incidents don’t rise to the level of account mismanagement. Nor does a pattern of such problems, Feddis says. What matters more is whether the customer failed to repay funds to the extent that the account was closed for cause.

“If the bank paid your mortgage because you wrote a check and there were insufficient funds, you’re getting the benefit of having your mortgage paid, so you should pay that money to the bank. If you don’t, you may get put into this negative database,” she says.

Consumers are entitled to a free copy of their own report from ChexSystems and Early Warning Services. To get yours, you’ll have to request it directly from the companies.

Mistakes can be disputed, though the process might not be easy or fast.

Otherwise, that negative mark can remain on your report for up to 7 years by federal law, though ChexSystems says it removes the report after 5 years. Older information that still pops up can be disputed.

People who are married shouldn’t be denoted as bank account abusers on the basis of their spouse’s activities unless they have a joint account, in which case the distinction of who did what isn’t relevant.

“If you’re a joint account holder, your spouse overdraws, the account is closed and it gets reported, that will be on your report because you were on the account,” Wu says. “If you’re not on the account, we would argue you shouldn’t be reported.”

Consumers who’ve been denied a checking account have a few other options.

Not all banks use ChexSystems or Early Warning Services, and some offer second-chance or secured accounts designed to minimize the bank’s risk.

“The question is can the bank feel more comfortable that you aren’t going to cause them to lose money?” Feddis says.

Back in the system

Banks might be moving toward more flexibility and lenience in their account abuse policies due, in part, to an investigation by the New York attorney general’s office.

In 2015, the investigation prompted Citibank, JPMorgan Chase and Capital One, among other banks, to modify their use of ChexSystems or Early Warning Services databases so more consumers will have access to a checking account.

The new policies ease restrictions against consumers who’ve resolved or paid off overdrafts or been a victim of fraud, identity theft or a spouse’s abusive financial misconduct. Some consumers who still don’t qualify for a checking account might be offered a bank prepaid card with limited online banking services.

While certain banks will still screen consumers who apply for an account for identity verification and fraud history purposes, the number of people who will be rejected on the basis of past financial missteps will be much lower, the New York attorney general’s office said in a statement.

Wu says “the trend is encouraging,” though “noncompliance with agreements generally is not unheard of.”