The Consumer Financial Protection Bureau (CFPB) said the bank had committed “widespread mismanagement” through illegal overdraft fees as well as illegal fees and interest charges on auto and mortgage loans.

The fine imposed by the consumer watchdog agency consists of more than $2 billion in compensation to consumers as well as a $1.7 billion penalty that the CFPB would deposit in its victims relief fund.

Of the sum of more than $2 billion that Wells Fargo is required to pay back to its customers, more than $500 million will go toward consumer redress for affected deposit accounts. This includes $205 million for what the CFPB termed “illegal surprise overdraft fees.”

In cases where sufficient funds are available at the time a transaction is initiated but not when it’s settled, the CFPB order also required that Wells Fargo not charge overdraft fees.

“Surprise overdraft fees have been a recurring issue for consumers who can neither reasonably anticipate nor take steps to avoid them,” the CFPB said in a statement Tuesday.

In addition to overdraft fees, the bank “applied other incorrect charges to checking and savings accounts,” the CFPB said in the statement. For instance, the bank froze more than 1 million personal bank accounts after mistakenly determining fraudulent deposits had been made — and consumers with such frozen accounts weren’t able to access funds in the account for an average of two weeks or more, according to the agency.

Wells Fargo’s overdraft policy is to charge $35 per overdraft, with no more than three such fees assessed per business day for personal accounts. A fee is not charged for overdrafts of $5 or less. In 2022, the bank began providing customers with a grace period of 24 hours to cover overdrafts before incurring a fee. At that time, it also stopped charging nonsufficient funds (NSF) fees.

The average overdraft fee charged by banks in 2022 is $29.80, according to Bankrate’s checking account and ATM fee study. This reflects an 11 percent decrease from the previous year’s record high of $33.58. The average NSF fee decreased to $26.58 in 2022, after also hitting a record high in 2021.

Wells Fargo earned $1.4 billion in overdraft and NSF fee revenue in 2021 — which was greater than the amount earned by any other bank, according to the CFPB. The banks that earned the second and third most in overdraft revenue for the year were Chase and Bank of America, which brought in revenue of $1.2 billion and $1.1 billion, respectively, the CFPB reported.

In addition to paying customers back for overdraft fees and other bank account charges, Wells Fargo is required to repay $1.3 billion to some auto loan customers for “systemic failures” that harmed more than 11 million accounts, the CFPB said.

The CFPB alleges that Wells Fargo “improperly denied thousands of mortgage loan modifications,” which in some instances led to wrongful foreclosures of customers’ homes. The bank was aware of these issues for multiple years before addressing the problem, the agency said.

Wells Fargo is the fourth largest bank in the U.S. by assets, with $1.71 trillion in assets. The bank maintains branches in 39 states and offers a full range of banking services, including deposit accounts, mortgages and other loans.

Prior to the fines announced today, Wells Fargo was the subject of other CFPB enforcement actions, including student loan servicing, fake accounts and mortgage kickbacks.

The CFPB is an independent bureau within the Federal Reserve System that is responsible for consumer protection in the financial sector. Created in 2010, it oversees entities such as banks, credit unions, securities firms, debt collectors and payday lenders.

Often referred to as a consumer watchdog agency, the CFPB enforces rules for financial institutions, collects and tracks consumer complaints, and monitors markets.

The CFPB maintains a Civil Penalty Fund, through which it provides further compensation to consumers after redress has been paid by financial institutions or other defendants in CFPB suits. 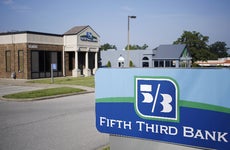 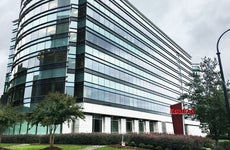 Get your piece of Wells Fargo’s $142 million settlement pie