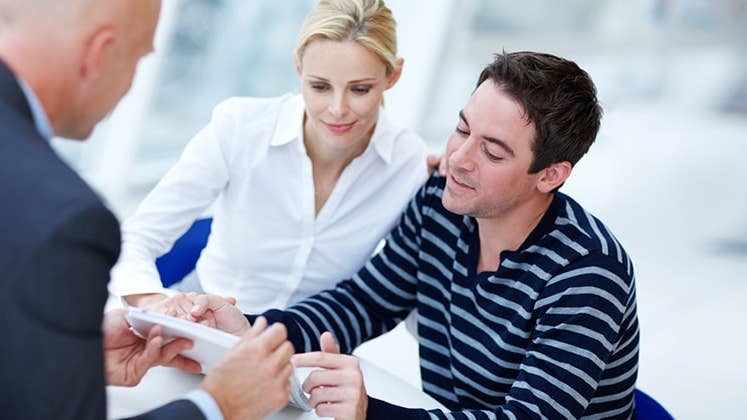 As stock markets get pummeled, investors are fleeing to safety. So money markets are finally seeing higher cash inflows.

But money markets aren’t a slam-dunk investment, either. High fees can quickly gobble up paltry yields as Treasuries hover near historic lows. Bank money market account yields averaged 0.55 percent in early October, according to Bankrate.com. And yields are expected to stay at rock bottom after the Federal Reserve pledged to keep benchmark interest rates near zero percent until mid-2013.

Yes, all money markets are invested in short-term securities, such as commercial paper, certificates of deposit and Treasuries, that mature in less than 13 months. But many bank money market accounts don’t charge fees like the money market funds offered by mutual fund companies do.

A money market account, or MMA, is a high-yield savings account. It also is a bank product and as such is insured up to the $250,000 limit set by the Federal Deposit Insurance Corp. for those deposits.

Money market funds, or MMFs, are mutual funds you can purchase through a bank, brokerage or a fund family such as Vanguard or Fidelity. Most retail MMFs are linked to brokerage accounts, giving investors a place to park their cash after the sale of stock. But these investments also can be used to build cash for savings purposes.

Money market mutual funds issue redeemable shares by maintaining a net asset value of $1 per share to investors. And they usually carry expense ratios, or the fees paid to the fund company to manage a particular money market fund.

The expense ratio, or management expense ratio, includes investment advisory fees, administrative costs, other operating expenses and the 12b-1 fee charged as a distribution expense. The expense ratio will be in the fund’s prospectus, expressed as a percentage of the total fund assets.

“But even after the expense ratio waivers, you’re not making much,” says Rimmy Malhotra, chief investment officer at the investment information website GoalMine.com.

Given this money-draining scenario, investors should consider why they’re parking money in these money market funds, Malhotra says. Bank money market accounts are better bets because they’re everywhere and many have no fees, he says. They also are protected against loss by the FDIC.

Here are some questions to answer when shopping for a money market fund.

What expense ratio are you paying?

“Fund companies are required to show you returns in dollar terms,” he says.

Still, a prospectus can be dated and fees may still change from day to day, so check the company website for updates.

Are any expense ratios waived?

To guard against negative yields, which can happen when fund expenses are higher than yields, Schwab is waiving its money market expense ratios. For example, its Value Advantage Money Fund has a 0.45 percent expense ratio. That could translate into a negative return without the waiver. The catch is that Schwab waivers can be dissolved at any time.

Are there extra fees?

Money market funds aren’t good transaction accounts because they may be chock-full of fees, including transaction fees, low-balance fees or check-writing fees.

“Call a rep and ask when you’ll be hit with check-writing fees,” Synergos Financial’s Laura says. “With checking, they may include six checks, but the next one may cost you $2.”

Bank money markets also may charge fees when your account goes below a minimum balance. Bank of America charges $12 per month if your money market account dips below $2,500.

What types of securities does your fund hold?

Money markets funds have different themes. Some invest in Treasuries, others in municipal bonds or other securities that mature in less than 90 days. So expense ratios can vary widely, depending on the securities held.

Laura advises investors to stick with money market funds holding Treasuries with low expense ratios. For example, Vanguard’s Federal Money Market Fund, which mostly invests in government obligations, doesn’t have an expense ratio or redemption fees, which may be charged when you withdraw money from your account.

A redemption fee, or “short-term trading fee,” may be charged at the time you sell your shares, just like a back-end load. This is limited, by federal regulation, to 2 percent of your investment. But because it’s not included in the expense ratio, remember to add it into your calculations if your fund has one.

“Most people are overly concerned about yield, but that only matters when you’re talking about parking hundreds of thousands of dollars,” says Peter Crane, publisher of Money Fund Intelligence.