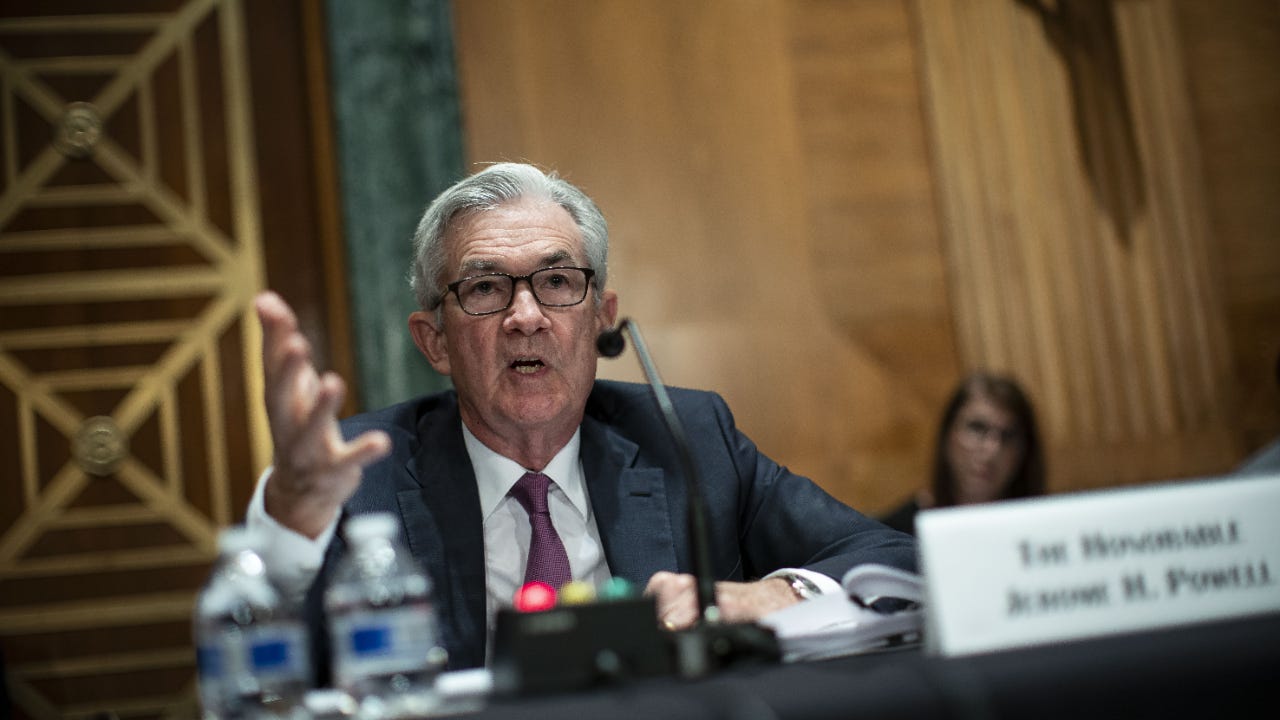 The Federal Reserve announced that it’s keeping interest rates steady following its Nov. 2-3 meeting, leaving the federal funds rate at a range of 0 to 0.25 percent. This follows the Fed’s decision to hold rates near zero until the economy has fully weathered the effects of the coronavirus.

The move was widely expected, and it comes as the U.S. economy continues to bounce back, thanks to vaccinations and trillions in fiscal stimulus. Federal Reserve Chairman Jerome Powell has said that accommodative monetary policy will continue. However, the Fed did make a significant move, deciding to taper its purchases of bonds. The move will gradually reduce liquidity in the financial system as the debt market stabilizes..

Greg McBride, CFA, Bankrate chief financial analyst, expects that tapering will occur “at a pace that will get them done with bond buying by the middle of next year. The Fed has been clear that future interest rate hikes won’t come before the tapering is complete. First things first.”

Some Fed watchers are concerned that, if the central bank keeps its foot on the gas too long, it could exacerbate, and maybe even entrench, already-high inflation.

For now, however, the bond market doesn’t seem to be pricing in a huge incremental rise in inflation. After soaring in the first few months of 2021, U.S. 10-year Treasury yields retraced about half their gain, but they’ve solidified in recent weeks.

As the Fed continues to sit tight on rates, here are the winners and losers from the latest decision.

While the federal funds rate doesn’t really impact mortgage rates, which depend largely on the 10-year Treasury yield, they’re often moving the same way for similar reasons. The Fed has been a huge buyer of mortgage-backed securities, helping to steady that market and keep mortgage rates low, but it’s scaling back those purchases in the near term, potentially moving the market.

The current low-rate environment is great if you’re looking to get a mortgage or you’re able to refinance an existing mortgage. Those with adjustable-rate mortgages can also benefit from low rates. Demand for mortgages has surged over the past year as low rates have made them more attractive. But now may be the time to act.

“Mortgage rates have increased nearly one-quarter percentage point since the last Fed meeting, in anticipation of tapering,” says McBride. “If you haven’t refinanced yet, do so now. Between elevated inflation and a less accommodative Fed, the risk is definitely to the upside in the months ahead.”

Here’s how to find the lowest mortgage rates today.

A huge boon for the stock market has been the Fed’s willingness to keep rates at near zero for as long as it takes for the economy to recover. Low rates are beneficial for stocks, making them look like a more attractive investment in comparison to rates on bonds and fixed income investments such as CDs.

As long as the Fed left rates low and offered unprecedented support for the market, investors kept a floor under stocks. After the initial drop in stocks in the weeks following the emergence of the coronavirus in the U.S., stocks have rallied hard over the past 20 months, and the Standard & Poor’s 500 Index now sits near all-time highs.

But some elements of the Fed’s support, such as bond purchases, are being reduced, and the markets could soon begin pricing that in.

“Heightened market volatility in the months ahead should be expected as the Fed scales back their stimulus,” says McBride. “The Fed’s bond buying has pushed more investors into stocks and real estate, so the headiest returns are likely behind us with the road ahead being a bumpier ride.”

Debtors welcome low interest rates, because they’ll owe lower payments, and there’s no bigger borrower than the U.S federal government. With the national debt around $29 trillion, the prospect of low rates remains a spur to refinance outstanding debt, offering the opportunity to save potentially billions of dollars as the government rolls over its debt.

Of course, the government has benefited for decades from a secular decline in interest rates. While rates might rise cyclically during an economic boom, they’ve been moving steadily lower long term.

For now, the interest rates on debt remain at attractive levels, with 10-year and 30-year Treasurys running well below inflation.

The cost of a home equity line of credit (HELOC) remains low, since HELOCs adjust relatively quickly to changes in the federal funds rate. HELOCs are typically linked to the prime rate, the interest rate that banks charge their best customers.

Since rates on HELOCs remain low, those with outstanding balances on their HELOC will continue to have low interest expenses. A low rate is also beneficial for those looking to take out a HELOC, and it can be a good time to comparison-shop for the best rate.

If you can’t take advantage of the low rates on your HELOC – for example, some HELOCs let you lock in a fixed rate on a portion of your borrowing – then they don’t benefit you, and you might otherwise be paying less. (Here are the pros and cons of a HELOC.)

CD owners who locked in rates recently will retain those rates for the term of the CD. And those shopping for CDs may be able to still find a relatively attractive deal if they search across the nation’s best rates.

Savings accounts have felt the brunt of lower rates, as most banks quickly ratcheted rates lower following the Fed’s emergency cuts in March of last year. Still, there are a handful of banks that are offering substantially better rates than their peers.

Savers looking to maximize their earnings from interest should turn to these online banks, where rates are typically much better than those offered by traditional banks.

Once the Fed provides a clearer timeline for when it will raise interest rates, savers may start to see banks may pricing in that rise with higher rates on savings accounts and CDs.

Many variable-rate credit cards change the rate they charge customers based on the prime rate, which is closely related to the federal funds rate. The Fed’s decision means that interest on variable-rate cards is likely to remain flat, too.

If you have an outstanding balance on your cards, then a low rate is welcome news. However, it’s important to keep the low rates in perspective because credit card rates are still among the costliest forms of financing for consumers.

Still, persistently low rates could be a welcome opportunity to find a new credit card with a lower rate.

Low rates on credit cards are largely a non-issue if you’re not running a balance.

With blocked supply chains, eager consumers and the Fed’s patient approach to rates (along with its willingness to let the economy run hot), inflation has been ratcheting higher. So while rates on financial products remain low by historical standards, it may make sense to make your money moves (such as locking in a low-cost mortgage) while you still can.