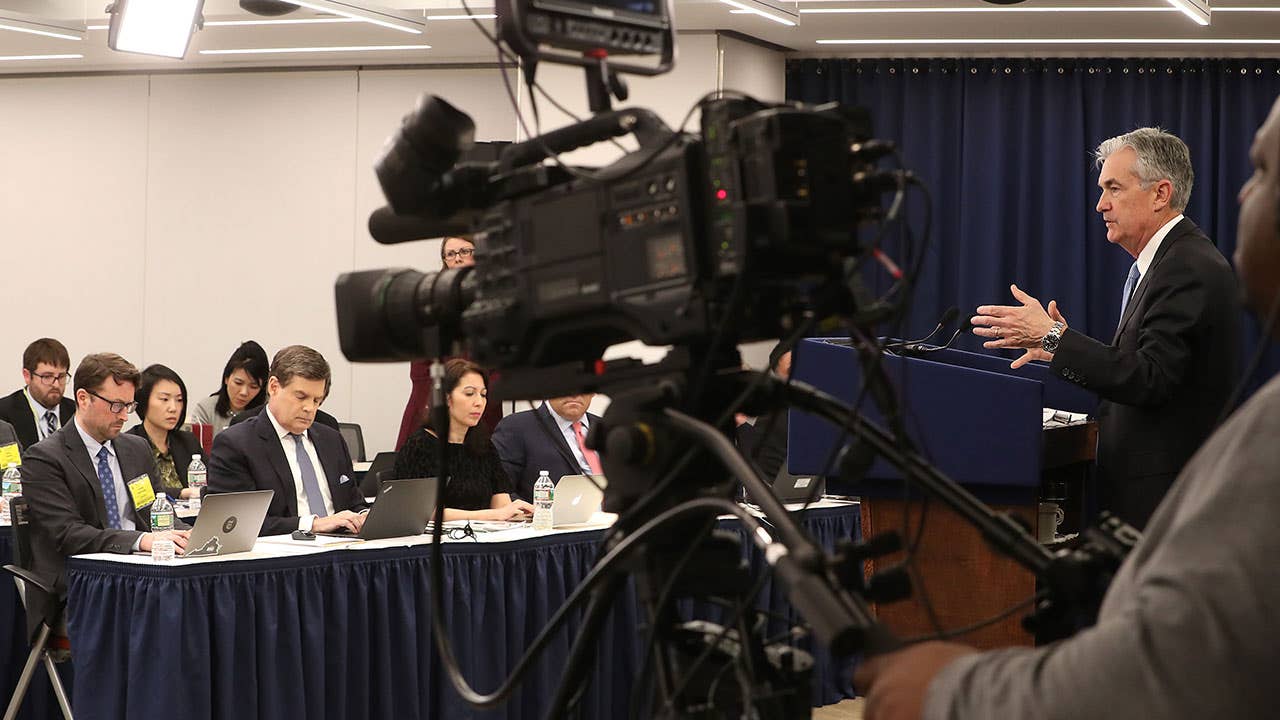 The U.S. central bank voted unanimously Wednesday to maintain its benchmark interest rate in a range of 2.25 percent and 2.5 percent, a move that many anticipated despite stronger-than-expected growth in the first quarter of 2019 and an unemployment rate near a half-century low.

“Economic activity rose at a solid rate,” while job growth continued to be “solid, on average, in recent months,” the Federal Open Market Committee (FOMC) said in its post-meeting statement released Wednesday in Washington. “Overall inflation and inflation for items other than food and energy have declined and are running below 2 percent.”

After a bout of market volatility, Fed officials in January backed away from their plans to continue tightening rates in 2019, with officials primarily citing concerns about a global growth slowdown, Brexit and rocky trade tensions between the U.S. and China. Central bankers had originally signaled two rate hikes this year, but slashed those projections to zero at the end of their last policy meeting in March.

Following the April 30-May 1 gathering, however, Fed Chairman Jerome Powell said during a press conference that those global threats to growth had “moderated” since officials last met.

Fed officials instead signaled that the primary driver for holding the federal funds rate steady is now inflation – more specifically why it’s continued to register below the Fed’s target during an expansion set to become the longest on record. Though the Fed in its post-meeting statement got rid of any language saying that the economy had “slowed” from its previous robust pace, they also removed phrasing that inflation remained “near” its 2 percent target.

Prices excluding food and energy, as measured by the Fed’s preferred gauge, cooled in March to 1.6 percent, the slowest pace since January 2018, according to the Department of Commerce.

Powell referenced this reading during the news conference, saying that core inflation “unexpectedly” declined in March. Consistently below-target inflation is a concern to the committee, he said.

That could “make it harder for us to react to downturns and support the economy in difficult times,” Powell added.

At the same time, central bankers also noted that household spending and business investment “slowed,” referencing the weaker-than-expected sub-components of the first quarter gross domestic product (GDP) data. Without the boost in the volatile trade and inventory categories, GDP would’ve come in below 2 percent, economists said.

“Those aren’t conditions under which the Fed feels compelled to change interest rates in either direction,” says Greg McBride, CFA, Bankrate’s chief financial analyst. “The economy looks better than it did when the Fed last met in March, but with inflation readings continuing to decelerate, the Fed is no closer to resuming rate hikes.”

It’s noteworthy that the Fed both upgraded its description of the economy while downgrading its characterization of inflation, says Ken Matheny, executive director, macroeconomic advisers by IHS Markit. It references the economic cross-currents that officials are currently facing.

“That combination of developments, and the fact that inflation has been running below 2 percent, is continuing this patient approach,” Matheny says.

Pressure mounting for a rate cut

The Fed’s decision comes amid President Trump’s repeated calls for the U.S. central bank to cut interest rates. The chief executive on Tuesday renewed his requests in a tweet, urging the Fed to lower borrowing costs by one percentage point to send the economy “up like a rocket.”

“Our Federal Reserve has incessantly lifted interest rates, even though inflation is very low,” Trump posted on Twitter.

The markets are also looking for signs of a cut. Fed watchers are betting there’s nearly a 30-percent chance that the U.S. central bank will cut rates at some point this year, according to CME Group’s FedWatch tool.

Officials, however, gave no indication whether that could be their next move, and Powell told journalists that there’s no bias to hike or cut rates.

“We think our policy stance is appropriate, and we don’t see a strong reason for moving in one direction or the other,” Powell said.

Powell, however, said that the forces holding inflation down are more “transient,” suggesting price pressures could perhaps pick up by the end of this year. Stocks fell, as a result.

“He perhaps undercut a little bit of the market expectation that the softness of inflation is grounds for a rate cut,” Matheny says. “He’s trying to argue that, we’re not really thinking about a rate cut at this point. We’re just patient.”

If a pick up in inflation doesn’t come to fruition, Powell told journalists it’s something “the committee would be concerned about and take into account when setting policy.”

That’s just true for broader monetary policy in general, according to George Selgin, senior fellow and director of the Center for Monetary and Financial Alternatives at the Cato Institute. Forecasts are never set-in-stone.

“Nothing’s off the table,” Selgin says. “There’s no telling if they’ll have to cut rates next time. Things can change rapidly.”

The Fed’s benchmark interest rate, which is the rate charged to banks that lend to each other overnight, has been trending toward the upper bound of the Fed’s range recently.

Officials addressed this at the April-May meeting and unanimously decided to lower the interest rate paid by banks on required and excess reserve balances to 2.35 percent from 2.4 percent, the Fed said in a separate statement.

That’s mainly to ensure that the Fed’s key interest rate remains within its target, McBride says.

During the press conference, Powell cautioned that it won’t have much of an impact on broader monetary policy, describing the move as more of a “technical” adjustment.

It’s important that the Fed’s “able to control the federal funds rate and generally keep it in the range,” Powell said. “That’s just good monetary control.”

While the Fed’s decision to hold rates steady doesn’t mean it will cost you more to carry debt in the near-term, maintain a focus on paying off your obligations in the event of further rate hikes or an economic slowdown, McBride says.

“Whether it means taking a second job or working another side hustle, resolve to get your credit card debt paid off once and for all,” McBride says. “Consumers are no longer contending with the headwind of rising interest rates, so debt repayment efforts are more productive. Now is the time to focus on paying down high-cost debt and boosting your savings cushion so you’re better off when the economy does soften.”