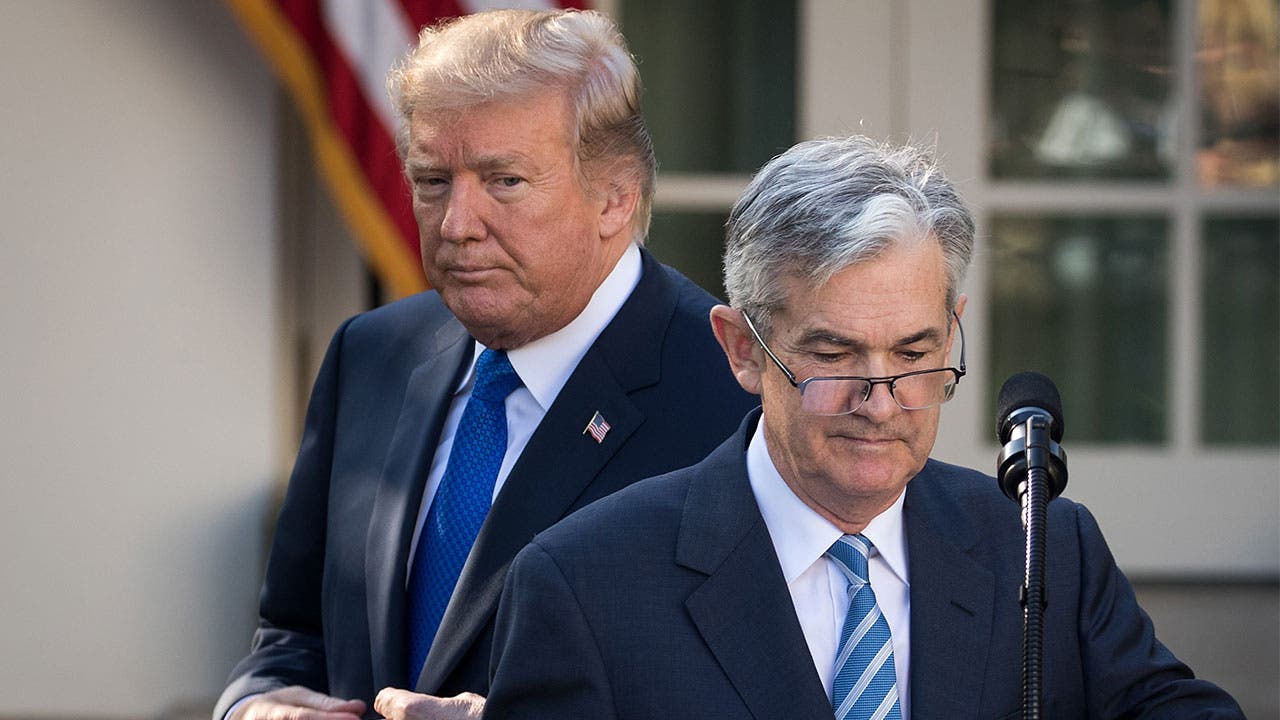 The last line of defense between President Donald Trump’s game of politics with the Federal Reserve might not be Congress – but the U.S. central bankers themselves.

Trump caused Fed watchers to raise their eyebrows in March, when he announced that he was nominating former campaign adviser and economic commentator Stephen Moore to one of the two vacant seats on the Fed’s board of governors. He stirred similar reactions nearly two weeks later, when he made known his intent to also appoint Herman Cain, a former pizza chain executive and ex-chairman of the board at the Federal Reserve Bank of Kansas City. Cain, however, ended up withdrawing from consideration.

The announcements have exacerbated fears that Trump is trying to put loyalists in the room where interest rate decisions are made, a process intentionally insulated from day-to-day U.S. politics.

But regardless of whether Moore ultimately ends up taking a seat around the rate-setting table, former Fed staffers and Federal Open Market Committee (FOMC) members say from their own experiences that it’s going to take a lot for any of Trump’s picks to sway policy and change the committee’s mind – and that just might be its saving grace.

“It’s definitely a very technical discussion,” says Narayana Kocherlakota, the former president and CEO of the Minneapolis Fed who is now an economics professor at the University of Rochester. “People are persuaded by the narrative of the argument. You have to be able to make a case for your position. It would be a tough sell for one governor to be able to persuade the entire committee.”

No room for ‘political views’ inside the Fed

Moore hasn’t been quiet about what he’d be arguing for, in the weeks since Trump floated his nomination. His ideas for policy differ from his would-be colleagues at the Fed.

The potential Fed governor has said in interviews that one of his missions would be convincing his colleagues that “growth does not cause inflation,” that the Fed should aim to keep commodity prices stable and also accommodate the president’s “pro-growth policies.”

Moore expressed in a March 26 interview with The New York Times that he thought the Fed’s benchmark interest rate should be cut by half of a percentage point. That stance differs from opinions he’s previously conveyed about the Fed, including during the Obama-era central bank, when Moore said rates were too low.

It will be hard for any of these ideas to get through the already established 19 Fed officials on the committee, says Bill English, finance professor at the Yale School of Management who attended meetings as former Chairman Ben Bernanke’s top adviser. From his own experience, English says the committee is a group of “calm, analytical people” looking for substantive evidence.

“He’s really got to come to the table with evidence and arguments and convince people,” English says. “If all you’ve got is a political view, you’re not going to be very good at convincing your colleagues.”

That’s similar to what current officials have noted in a discreet way, anytime the conversation comes up in public. Governor Lael Brainard mentioned during an April 11 interview on Bloomberg Television that the committee is looking for “fact-based, intellectually coherent arguments that are based on evidence that are consistent over time.”

“That standard for deliberations, I think, will continue, regardless of who sits around the table,” she said.

Even former Fed Chairwoman Janet Yellen has offered her 2 cents, saying specifically that Moore will have to leave his biases at the door if he wants to have any impact on policy discussions.

“A couple of individuals will find it difficult, who come with a political view, to have a great deal of influence,” she said at an April 10 event at the Dallas Fed’s Houston branch.

If the committee suspects that a certain individual was nominated for his or her political bent, it will make arguing for a specific policy even harder, says Bill Poole, former president of the St. Louis Fed who’s now a distinguished senior scholar at the Mises Institute and the University of Delaware.

“There will be a natural tendency for the current FOMC members, including both of the board members and bank presidents, to say, ‘Hey, these two new people are here to do the president’s business,’” Poole says. “They’re going to have to convince people that’s not why they’re there. They understand that their responsibility is for sound monetary policy.”

Avoiding conflicts in the Fed board room

Kocherlakota described the broader FOMC ecosystem where Trump’s picks could soon be assimilating as a professional environment, with most people being “cordial and polite.”

There are typically 21 officials sitting around the Fed table, though the two vacant board seats have brought it down to 19. Each meeting typically lasts two days, beginning in the afternoon of the first day and ending between noon and 2 p.m. on the second day, according to the Philadelphia Fed.

At the very end of the meeting comes the actual policy decision, where each Fed official makes his or her preference known for interest rates, arguing on behalf of the stance.

Most FOMC members prepare their statements for the meeting ahead of time, Kocherlakota says, so “there’s really no debate” during the meeting. Rather, the bulk of the debate occurs after everyone disperses and returns to their research teams.

“People go back and think about what has been said,” he says. “Monetary policy is not something where you have to move immediately. You have some time to formulate what you want to do, and the committee makes use of that time to be a deliberative body.”

English, who was in the room during the aftermath of the financial crisis, said discussions rarely grew heated or emotional.

“There were certainly not a lot of cases where people were raising their voices or getting excited, even during the period of the crisis when things were very stressful,” English says.

One instance of a slight spat, however, could be during an August 2008 policy meeting, when Chairman Ben Bernanke and Richmond Fed President Jeffrey Lacker debated emergency bailouts.

“President Lacker and I have, I hope, respect,” Bernanke said, according to the transcript of that meeting. “I respect him, and I hope he respects me.”

Lacker then responded, “For my part, our exchanges have in the past been predicated on nothing but the utmost respect. I expect that to continue. If I have done anything or said anything to contribute to any other impression, I regret it, and I apologize.”

He then got right back to the objective: “In the interest of avoiding talking past each other, let me say a bit about why I view real rates as low.”

What happens when a Fed official dissents

It doesn’t catch Fed officials by surprise when an official dissents against the majority, English says – something that Moore looks like he might do, if he’s confirmed. Everyone stays up to date with officials’ speeches since the last meeting, where they give clues about their preferences, he says.

It’s also common for people to have different concerns when they’re deliberating inside the boardroom, Kocherlakota says. Some are worried more about inflation than unemployment; others say the FOMC should be doing whatever it can to reduce joblessness.

Officials would “hash all that out,” he says, but not once would “people ever make reference to partisanship. You never have a sense that a person was saying something because it would help the Democratic party or the Republican party. Who was in office was completely irrelevant.

“Dissents are a very healthy thing in an organization. It assures the American people that a wide range of perspectives are being considered and that the Fed is making judgments while being informed of those alternatives,” Kocherlakota says.

But even though it wouldn’t catch officials by surprise if Moore dissented, it would still be unusual – statistically speaking. No governor has voted against the chair since 2005, according to the St. Louis Fed. All of those who have dissented were presidents of regional Fed reserve banks.

Poole vividly remembers two times he dissented. First was in May 1998, when the Fed voted to maintain interest rates. Poole thought the economy was strong enough to warrant a hike.

“The markets and business forecasters are all looking at the same data that we look at,” Poole said during that meeting, according to the transcript. “Yet, they seem to be assigning essentially zero probability to the possibility of a Fed tightening. That concerns me.”

Then, later that year, when the committee debated releasing records from each rate-setting meeting at any earlier date, Poole also diverged from his colleagues.

“I feared that there would be a disconnect between the minutes and what you would read five years later in the transcript,” Poole says. “I got completely outvoted.”

If Moore is to change his colleagues’ minds, there’s going to be a high bar. But it’s not like officials haven’t pivoted before.

Kocherlakota himself is famous for this. He started out as one of the most hawkish Fed officials, disagreeing with some of the Fed’s quantitative easing programs it introduced in the wake of the financial crisis.

He thought a high unemployment rate couldn’t be fixed by the central bank, or through its unconventional policies, such as buying bonds in an effort to lower long-term rates. But after looking through data in between meetings – and listening to his colleagues, Yale’s English points out – Kocherlakota became one of the most dovish members of the committee by September of 2012.

“I don’t think I’ve been wrong in the last six-and-a-half years,” Kocherlakota says.

Still, Kocherlakota said he was convinced by both the data on inflation and by the more micro-econometric work. Politics had nothing to do with his policy pivot, and it would be difficult for any argument rooted in partisanship to make a difference, he says.

“This is an organization that has hundreds of Ph.D. economists, and that staff knowledge forms a foundation of what the Fed ends up doing,” Kocherlakota says. “Of course, judgments get made by people on the committee – they’re the ultimate determinators of what policy is – but it’s very difficult to make big swings away, to be a lone wolf in the room and move things substantially.”

One or two partisan picks is likely not going to steer policy, but the Fed might find itself in a tricky situation when it does come time to cut rates, Poole says.

That’s because there will come a time when the Fed must reverse course from stabilizing the economy to stimulating it. U.S. central bankers may find it more difficult to cut rates, for fear that it looks like they’re caving to political pressure.

“The Fed simply cannot appear to have its political independence compromised. If the Fed were to lower rates after Trump is beating up on them, that would open things up for the Democrats to criticize the Fed as being highly political, and the Republicans might have some difficulties following that as well,” Poole says. “Trump’s very public commentary is making it more difficult for the Fed to respond correctly to its reading of the data as it arrives.”

But one of the most important aspects of voting on interest rates, Poole says, is recognizing what you simply don’t know.

“When I went into office, I had this picture of the economy growing and being interrupted by disturbances,” Poole says. “I came out of office saying the normal state of affairs is a disturbance of some sort, and it’s only in between the disturbances that there is a quiet period.

“We tried to prepare ourselves to cope with the unanticipated, but coping did not mean you had deeply forecasted the events,” Poole says. “We did the best we could.”