The U.S. economy powered ahead in the first quarter of 2019, on a narrowed trade gap and a pickup in inventories, according to the Department of Commerce’s initial estimate released Friday.

Gross domestic product (GDP) — a measure of how much the U.S. produces in goods and services — grew at a 3.2 percent annual rate between January and March, the best first quarter of growth since 2015.

That number follows a revised 2.2 percent annualized pace in the fourth quarter and easily beats the 2.3 percent growth that economists from a Bloomberg survey were estimating.

Personal consumption, which accounts for the majority of the economy, cooled to 1.2 percent from the previous quarter, but was still above estimates. Meanwhile, private investment expanded by 5.1 percent, up from 3.7 percent in the prior quarter, according to the report.

But growth primarily got a lift from a closing trade deficit as well as a buildup of inventories. Exports grew by 3.7 percent, and imports shrank by the same amount, the most since the fourth quarter of 2012 and a boost to growth.

Inventories, meanwhile, increased in value by 31.6 percent, jumping to $128.4 billion from $96.8 million in the fourth quarter of 2018, according to the report.

U.S. economy holds up against headwinds

The economy had a lot going against it in the first quarter of this year, from the lengthy government shutdown to the brutal winter weather that blanketed the Midwest. The shutdown, which stretched through much of January, shaved 0.3 percentage points from growth, the Bureau of Economic Analysis reported. At the same time, a tariff hike on Chinese imports, originally slated for March 1, was thought to weigh on growth, while financial markets tightened at the end of 2018.

Through much of March, the closely-watched Atlanta Fed GDPNow tool predicted that growth would be under 1 percent.

The report “adds to the likelihood that the U.S. economy will continue to expand this summer, breaking the record for the length of an expansion — topping 10 years,” says Mark Hamrick, Bankrate’s senior economic analyst.

Is this level of growth sustainable?

But while the report does shine a positive light on the U.S. economy, it doesn’t erase some of the other headwinds and uncertainties. Growth in Europe and China could be a drag on the U.S. expansion, while a trade war between the world’s two largest economies continues to press on.

“It’s built for speed, but is it built to last?” says Richard Moody, senior vice president and chief economist at Regions Financial Corporation. “That’s the question we’re waiting to see the answer to.”

Rising inventories and a smaller-than-expected trade gap are also considered to be volatile categories, meaning growth could be more transient than permanent.

“The headline number is great, it’s much better than expected, but it’s for the wrong reasons,” says Dan North, chief economist at Euler Hermes North America. “You can’t rely on imports shrinking or inventories building every quarter to support overall GDP. The consumer really needs to get their head in the game here. They drive the economy. This report shows that the consumer really isn’t quite there yet.”

Inventories contributed 0.7 percentage points to the headline number, while net exports provided an entire percentage point to top-line growth, Moody says. Without them, GDP would’ve come in around 1.5 percent.

Inventories could moderate — or even weigh on growth — in subsequent quarters this year, says Brett Ryan, senior economist at Deutsche Bank AG.

“It’s going to reverse at some point. Some of this is stockpiling ahead of potential tariffs,” Ryan says. “It’s a mixed story, when you get down into the details.”

GDP is a ‘goldilocks’ report for Federal Reserve

But the faster-than-expected pace is unlikely to awake the Federal Reserve from its slumber. Policymakers at the U.S. central bank, set to announce their next interest-rate decision on Wednesday, have signaled to markets and consumers that they’ll be on hold for the rest of this year.

Fed officials say they’d like to see a pick up in inflation before justifying another rate hike.

Inflation as judged by the Fed’s preferred personal consumption expenditures price index rose by 1.3 percent, compared with 1.8 percent in the prior quarter, according to Friday’s report.

“That’s the goldilocks environment,” Ryan says. “It’s not going to move the Fed’s expectations one way or the other.”

But even though the Fed’s newfound message of patience is likely to help push the economic expansion past its 10-year anniversary, the longest on record, fading fiscal stimulus from the Trump administration’s tax cuts may make sustained growth at this rate difficult to come.

“It’s going to be a transition year,” Ryan says. “As that boost starts to fade, you’re trying to gauge the underlying pace of growth. Is it 1.8 percent, or is it a little more than 2 percent? That’s hard to gauge. We don’t necessarily have a great handle on where this is going to shake out. You’re going to see some choppy growth.” 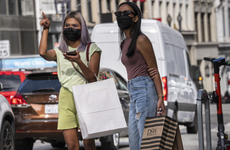 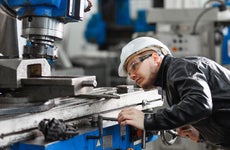 U.S. economic growth in the first quarter revised down slightly to 3.1 percent 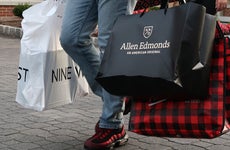 U.S. economy grew 2.6% in the fourth quarter, better than expected 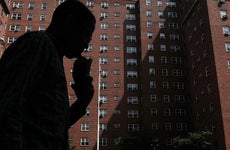