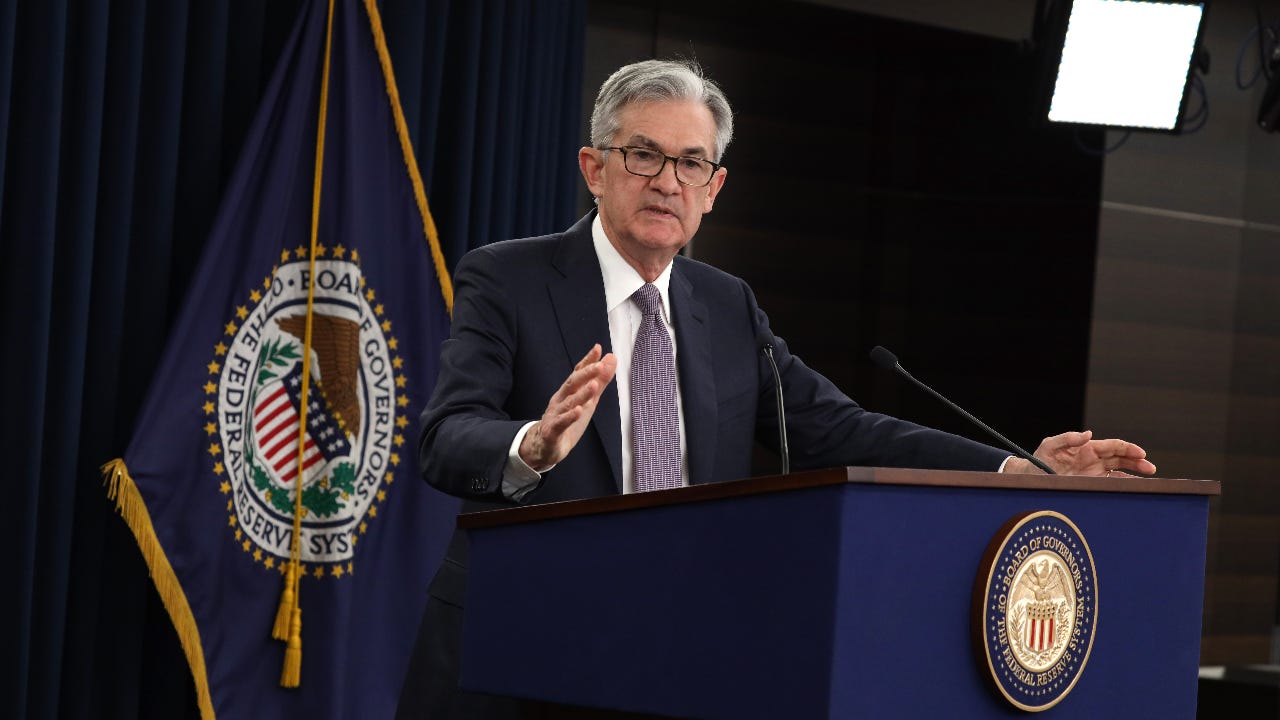 The Federal Reserve painted a gloomy picture of the U.S. economy while voting to leave interest rates unchanged at near-zero, underscoring the sudden and catastrophic damage caused by the coronavirus pandemic as it brought economic activity nationwide to its knees.

The virus and efforts to contain it have caused “tremendous human and economic hardship” both globally and domestically, with those risks likely lingering “over the medium term,” officials said in their post-meeting statement.

Officials also pledged to continue with its unlimited bond-buying program, one of the factors pushing the Fed’s balance sheet above $6.57 trillion for the first time in history. The move is designed to make sure markets are smooth and functional.

The decision means policymakers on the U.S. central bank won’t be adjusting their key borrowing rate from its current target range of 0-0.25 percent. That rate serves as a benchmark for lending and savings costs throughout the economy — from credit cards and auto loan rates, to savings accounts and certificates of deposit (CDs).

The move comes as no surprise, given that interest rates are already as low as officials want them to be. The pathogen ignited a global and domestic slowdown of unprecedented force and speed. Efforts to contain the virus have left nearly a sixth of the workforce out of a job, as states impose nationwide stay-at-home orders to stop the virus from spreading.

The Fed’s statement emphasized that it has no plans to back away from these measures, or to walk back its rate cuts, until it is confident that the U.S. economy has “weathered recent events and is on track to achieve” full employment and stable prices, the Fed’s two goals.

“If there is one lesson the Federal Reserve learned from the financial crisis it is not to wade into the water, but jump in and make a big splash,” says Greg McBride, CFA, Bankrate chief financial analyst. “The Fed is not sugar-coating the economic realities of the pandemic, noting that economic activity and employment will both continue to suffer in the short-term and with no shortage of uncertainty beyond that.”

A fast-and-furious effort to prop up the economy

Officials on the Federal Open Market Committee (FOMC) have been working around the clock for nearly two months to soften the economic blow from the pandemic and ensure there’s a U.S. economy to return to once containment measures are lifted.

Every move the Fed has made since the coronavirus took hold — which has left nearly hundreds of millions on lockdown as bars, restaurants, stores and gyms close during stay-at-home orders — has been introduced off the U.S. central bank’s normal calendar. The Fed slashed interest rates to near-zero at two emergency meetings within 13 days of each other, while also introducing a catalog of emergency lending programs to make sure businesses and households have access to credit.

The Fed’s April meeting marks the first time with absolute certainty that U.S. central bankers are gathering at a time when the longest expansion on record has come to an end.

The U.S. economy contracted by 4.8 percent on an annual basis in the first three months of 2020, according to gross domestic product (GDP) numbers released Wednesday morning by the Department of Commerce. It’s the worst performance since the fourth quarter of 2008, but experts say the next three months are bound to look much worse.

As part of that unprecedented contraction, the job market has cratered. More than 26.5 million Americans are out of work — what’s likely 17 percent of the U.S. labor force — based on weekly filings showing how many have applied for unemployment insurance. That could suggest the unemployment rate is above 20 percent, which would be well above where joblessness peaked in 2010 following the Great Recession.

While the Fed has stressed that its game of offense isn’t over against what could be the worst global recession since the 1930s, the hardest challenge is what comes next.

Federal Reserve Chairman Jerome Powell underscored that the Fed is prepared to use its “full range of tools,” and added that its package of emergency facilities is able to provide “unlimited support,” so long as it’s backstopped with funds from the Treasury Department.

The Treasury earmarked $454 billion of funds for the Fed’s emergency facilities, an essential part of lending under the central bank’s emergency powers in section 13(3) of the Federal Reserve Act of 1913 because it allows the U.S. central bank to take on more risk.

“Let me just say we are going to not be in any hurry to withdraw these measures or to lift off,” Powell said in a press conference with reporters conducted over Zoom, a first for the central bank. “We are going to wait until we are quite confident that the economy is well on the road to recovery.”

It was a “resoundingly dovish note,” according to Joe Manimbo, senior market analyst at Western Union. Though officials were expected to provide a more resounding statement on when the U.S. central bank might begin to think about backing away from its emergency measures, the statement showed that this low-rate environment is here to stay without actually committing to a specific response — which could have bigger consequences, given the uncertain environment, he says.

“Given the highly unpredictable and unprecedented economic times we’re facing, it’s not a big surprise that the Fed was mum on forward guidance,” Manimbo says. “Offering forward guidance during such unprecedented times could run the risk of doing more harm than good, particularly if any guidance proved to be far off base, a situation that could undermine central bank credibility.”

Fed still ‘putting out the fire’

One of the Fed’s most pressing jobs right now is to get its remaining facilities online, given that only three are up-and-running. Powell told journalists that will happen “soon” for its corporate credit programs.

But the Fed’s two Main Street lending programs — its first foray into lending directly to medium- and small-sized companies — are still a work in progress. Powell said officials received thousands of comments about the facility since the Fed first announced it on March 23 and are in the process of drafting a new term sheet.

“We’re still putting out the fire, we’re still trying to win, and I think we’ll be at that for a while,” Powell says of the Fed’s coronavirus responses as a whole.

Some experts have pointed out the moral hazard and consequences of the Fed expanding its reach too far, but it’s not the time to worry about that, says Dec Mullarkey, managing director of investment strategy at SLC Management, the wealth management arm of Sun Life Financial.

“When a house is on fire, you don’t use half the water or half the fire extinguisher, you go all out,” Mullarkey says. “You contain the fire, and you recognize there’s going to be quite a bit of repair, but the crisis has at least been averted.”

The Fed impacts consumers’ wallets arguably more so than any other policymaker in Washington. When borrowing costs are low, it generally means it’s a good time to make headway on paying off debt.

But the playbook has been shaken up, given that the U.S. economy is in a recession for the first time in more than a decade. That means it’s important to focus on building up your emergency savings, even more so than reducing your balance on a credit card.

There are plenty of accounts on the market that are offering rates higher than that of a traditional brick-and-mortar bank, and experts recommend using something liquid and accessible for storing that cushion of cash.

Powell said the coronavirus impact has caused “heartbreaking” damage to the U.S. labor market, specifically to those in lower-income occupations.

“Those who are least able to bear it are the ones who are losing their jobs,” he added. “It will take some time for us to get back to a more normal level of unemployment.”

“Consumers — they recognize that they have to build more of a rainy day fund,” Mullarkey says. “Invest in your own life, and you have to be fairly conservative to get over this bump in a reasonable spot.”