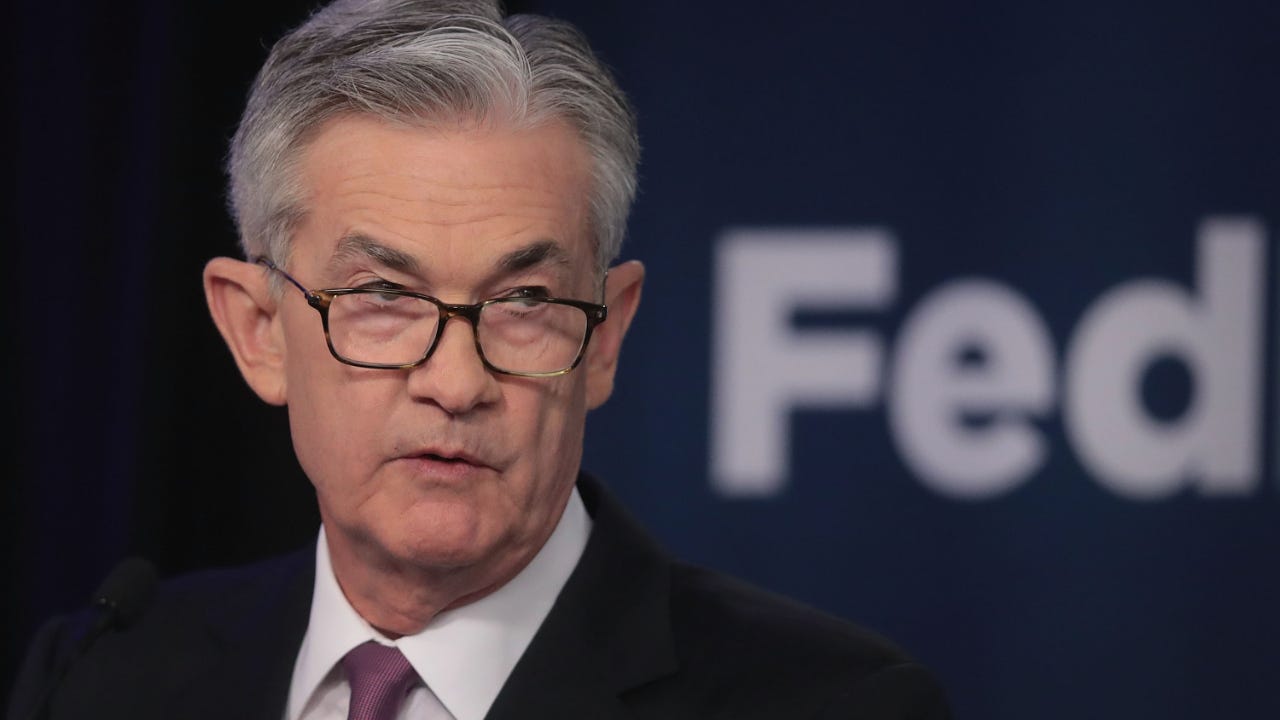 “In our June meeting statement, we indicated that, in light of increased uncertainties about the economic outlook and muted inflation pressures, we would closely monitor the implications of incoming information for the economic outlook and would act as appropriate to sustain the expansion,” Powell said in text delivered to the House Financial Services Committee in Washington.

“Since then, based on incoming data and other developments, it appears that uncertainties around trade tensions and concerns about the strength of the global economy continue to weigh on the U.S. economic outlook,” he added.

The Fed chief’s remarks are part of Powell’s semiannual, two-day testimony to Congress, when he provided updates on the state of the U.S. economy and monetary policy. They come on the heels of the Fed’s June 18-19 rate-setting meeting, when officials signaled for the first time in more than a decade a willingness to lower borrowing costs.

When exactly a rate cut will occur, and by how much, is still up in the air. Powell’s comments, however, reaffirm the market’s expectation that an easing of Fed policy could come in as soon as three weeks, when policymakers next meet on July 30-31. Markets initially cheered the message, with the S&P 500 pushing above 3,000 points for the first time in its history, before moderating.

[READ: The economy is strong — so why are people still losing sleep over money?]

Powell appeared before heavyweights such as Rep. Maxine Waters (D-Calif.), the committee’s chair, and Rep. Alexandria Ocasio-Cortez (D-NY) — at a time when bridging bipartisan support may be crucial. President Donald Trump has been jawboning officials to slash interest rates since April, and most recently on July 5, he tweeted that the central bank was the “most difficult problem” for the U.S. economy.

Powell opened his statement with a plug for why it’s important that the U.S. central bank make interest decisions without political pressure.

“Congress has given us an important degree of independence so that we can effectively pursue our statutory goals based on objective analysis and data,” Powell said. “We appreciate that our independence brings with it an obligation for transparency so that you and the public can hold us accountable.”

During the question-and-answer portion of the testimony, Rep. Waters asked whether Powell would “pack his bags” if the president said he was fired from his position. Powell responded candidly: “Well, of course, I would not.”

“The law is clear I have a four-year term, and I fully intend to serve it,” Powell added.

More than 90 minutes into the hearing, lawmakers had yet to make clear whether they agreed or disagreed with Trump’s view for the Fed’s interest rate path. Instead, they explicitly commented on the dangers of political interference in central banking matters.

“We in Congress, both Democrats and Republicans, got your back,” said Rep. David Scott (D-Ga.). “Have no fear. The president can’t fire you.”

Powell’s testimony is also his first appearance since the exceptionally strong June jobs report, when employers added 224,000 positions, beating all estimates. Still, market participants continued their bets, absolute certainty that the Fed will still cut interest rates when they next meet on July 30-31, according to CME Group’s FedWatch.

When asked by lawmakers what the report meant for the future of Fed policy, Powell said the picture hasn’t changed.

“The straight answer to your question is no,” Powell told Rep. Carolyn Maloney (D-NY). “”The uncertainties surrounding global growth and trade continue to weigh on the outlook. In addition, inflation continues to be muted, and those things are still in place.”

Powell noted during the Fed’s June post-meeting press conference that the labor market has never been a source of concern among officials. “Job creation, if you take a three-month average, is still well above, you know, the level of entry into the workforce,” Powell told journalists. “So that part of the economy is solid.”

The Fed chief, however, did bring up concerns about the characterization of the strong labor market, suggesting that it’s not as hot as the headline numbers suggest.

“To call something hot, you need to see some heat,” Powell said, noting that wages would be growing at a faster pace if the labor force was indeed tight.

Powell in his prepared statement said business investment had “slowed notably,” while domestic growth in the second quarter looks to have “moderated.” He pointed to weakness in the manufacturing sector and declines in housing investment. At the same time, the labor market “remains healthy,” and is expected to stay that way, and there’s a risk that weak inflation could be “even more persistent than officials anticipated.

Meanwhile, geopolitical policy issues have also not been entirely solved, creating more risks to the outlook, Powell said. Those include Brexit and the federal debt ceiling. Officials are “closely monitoring” these developments, he said.

“We will continue to assess their implications for the U.S economic outlook and inflation,” Powell said.

Records of the Fed’s June 18-19 meeting — released Wednesday in Washington less than an hour after Powell concluded his remarks — follow that view. Participants noted that uncertainties had increased “significantly” in June, with “several” participants noting that a rate cut in the near-term is justifiable.

Such easing “could help cushion the effects of possible future adverse shocks to the economy and, hence, was appropriate policy from a risk-management perspective,” the minutes showed. “Many judged additional monetary policy accommodation would be warranted in the near term should these recent developments prove to be sustained and continue to weigh on the economic outlook.”

The Fed chief’s remarks add more context to the Fed’s June meeting, says Mark Hamrick, Bankrate’s senior economic analyst. At that time, Powell simply noted that officials were willing to act as appropriate to sustain the expansion. These statements, however, give a clear indication on what’s worrying — and puzzling — officials.

“Sometimes what central bankers don’t say is nearly as important as what they do enunciate. In the case of Powell’s remarks, he does nothing to dissuade investors from their all-in bets that an interest rate cut is coming,” Hamrick says. “He suggests recent developments have served to further bolster the case for at least a modest rate cut of one-quarter of one percent.”

Now, a rate cut at the Fed’s next meeting looks all but guaranteed, says Robert Frick, corporate economist for Navy Federal Credit Union.

“Despite positive economic news since the June FOMC meeting, Powell says that, on balance, the economic data has continued to disappoint and the trade situation is a drag on current business spending and poses greater risks in the future,” Frick says.

It’s also worth noting that Powell went into today’s testimony knowing that markets are certain of a rate cut in July, says Yung-Yu Ma, chief investment strategist at BMO Wealth Management. The fact that his remarks weren’t far off from the market’s expectations suggests even more that a rate cut in July is “almost certain,” he says.

“He didn’t see a need to try to counter those marketplace expectations, which is what he would try to do if they were clearly contrary to the consensus,” Ma says. “They do keep in mind what the market is expecting when they make their testimony, and they try to temper any of the market’s projections that may be contrary to their own. In this case, what he said was very much in line with the market.”

Powell will return to the Senate on Thursday, where he’ll face similar questioning from lawmakers. Until the Fed actually cuts rates, it’s hard to tell the extent to which these developments could ultimately impact your wallet, Hamrick says. A lower federal funds rate typically weighs on the prime rate, as well as yields on savings accounts. Mortgage and auto loan rates, however, are a different story.

“What might seem counterintuitive, but something to monitor nevertheless, is when the Fed’s benchmark rate goes lower, bond yields set by investors could edge higher as the outlook for growth improves, even if only a little bit,” Hamrick says. “So, that then would boost mortgage and auto loan rates. In any case, whether looking at savings or borrowing rates, it always pays to shop around to get the best rates.”