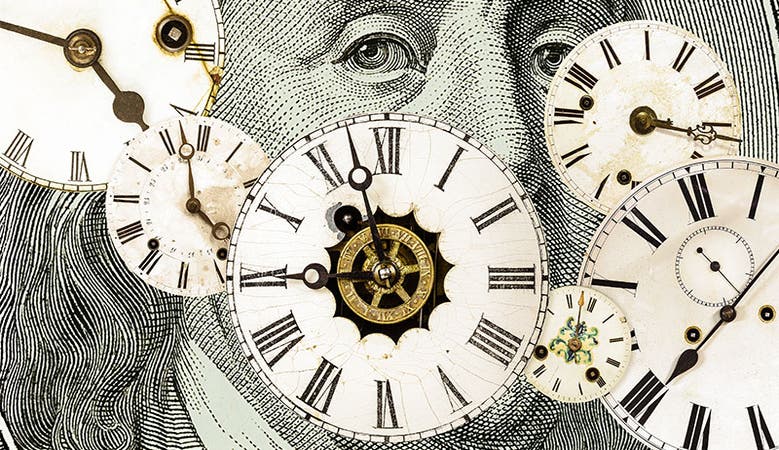 Decades ago, average CD yields exceeded 10 percent APY. You won’t find a return anywhere close to that today. In fact, as of May 2020, the average 1-year CD pays just 0.45 percent APY, according to Bankrate’s most recent national survey of banks and thrifts.

The downside to high CD rates? They’re often an indication that inflation is high, as well, and your savings aren’t as valuable as you think. 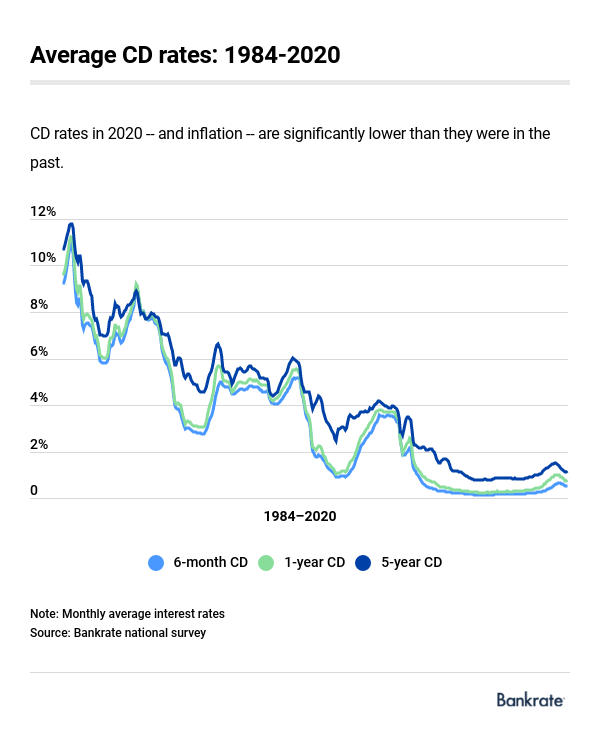 Here’s a look at the historical ups and downs of CD rates and what yields could look like in the future. Compare current CD rates now to grow your savings. 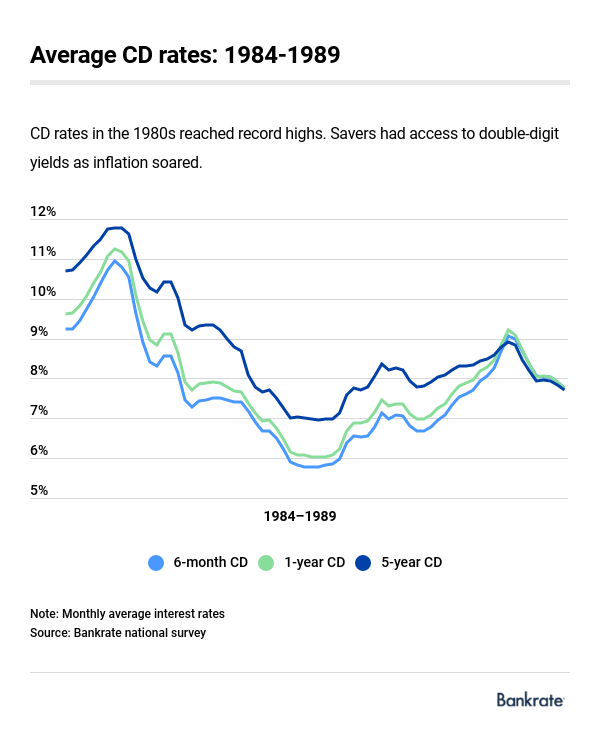 The U.S. faced two recessions in the early 1980s. That’s when CD yields peaked. On average, 3-month CDs in early May 1981 paid about 18.3 percent APY, according to data from the St. Louis Federal Reserve.

“The reason why the interest rates were so high in the ’80s is that we had that runaway inflation,” says Jerry Lynch, a professor of economics at Purdue University.

While savers enjoyed higher rates on their certificates of deposit, their spending power took a hit. (Find out how much interest you could earn on a CD these days.)

“With inflation rates being so high, your purchasing power might not actually have been that good because it was being eroded by inflation,” says Ted Beck, former president and CEO of the National Endowment for Financial Education. 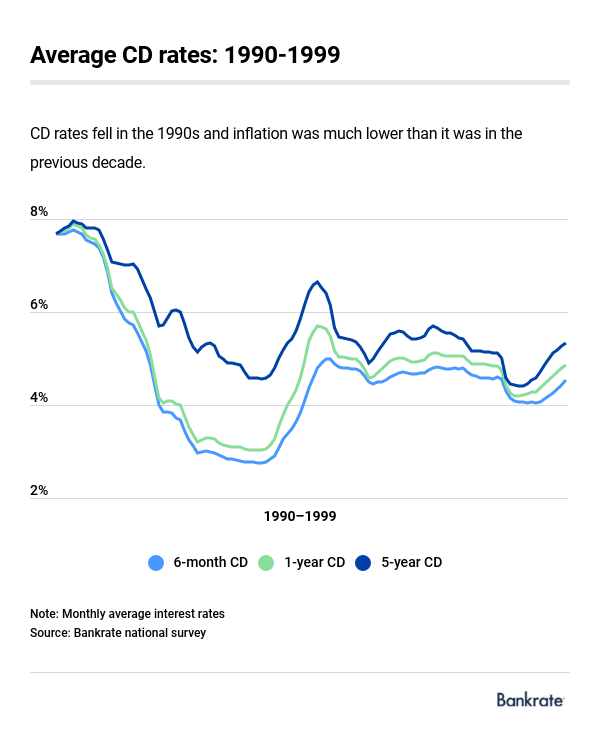 “The Fed didn’t need to run monetary policy as tight,” says Gus Faucher, chief economist of the PNC Financial Services Group. “It’s kind of the flip side of what we saw in the ’70s and ’80s — kind of a low inflation, low interest rate environment.”

Rates started to look normal again, with the average 12-month CD yield sinking to 3.1 percent APY in June 1993, according to Bankrate’s national survey. (Find out how today’s rates on CDs and savings accounts stack up.) 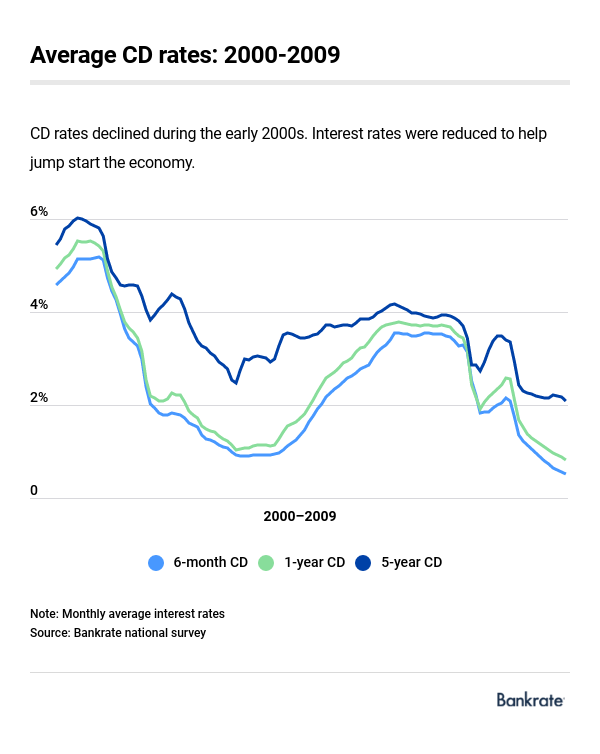 In early 2000, the economy started to slow after the dotcom boom began to lose steam. Hoping it would pick up speed, the Fed lowered interest rates.

Bankrate data reveals that the average yield on 1-year CDs dipped below 2 percent APY in 2002. In 2009, after the financial crisis, the average 12-month CD paid less than 1 percent APY. Average rates on 5-year CDs were slightly higher (around 2.2 percent APY). 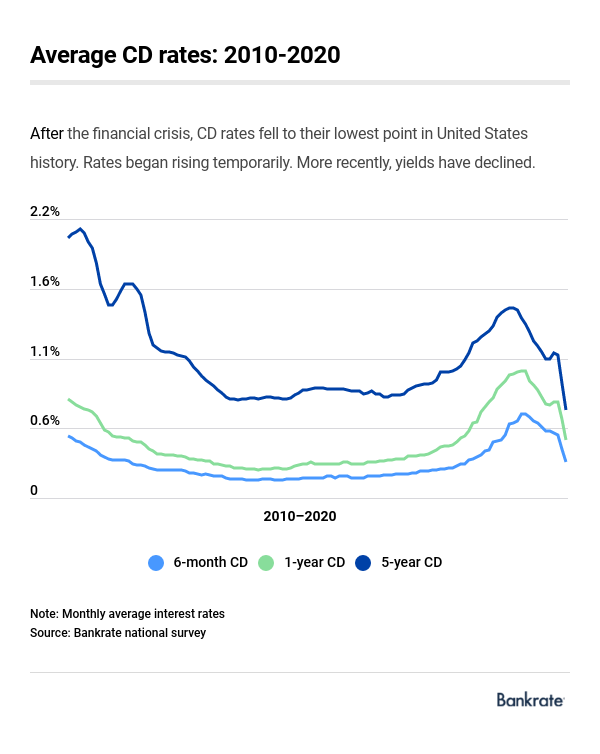 Savers benefited from a period of rising rates as the Fed gradually hiked its benchmark interest rate between December 2015 and 2018. Now, a decade after the Great Recession, rates have been headed back down.

After making a couple of emergency rate cuts — as a result of the economic downturn fueled by the coronavirus pandemic — the Fed is holding rates near zero until economic conditions improve. CD investors for now are stuck with low yields and it could be a while before rates go up again.