President Donald Trump on Wednesday pitched an effort to alter the tax code in Missouri, casting the reform as a potential boost to the bottom line of average Americans by un-rigging the economy for the nation’s workers.

The speech, which offered no new specifics, sought to build support for the forthcoming legislation as negotiations intensify on Capitol Hill.

But who will really benefit? Much of your financial life, from taking out a mortgage to saving for retirement, will likely be affected should some of the discussed proposals turn into law. Here’s what you stand to gain, or lose, if Washington enacts the first real tax reform in three decades.

There isn’t an official plan enumerated out by the White House or lawmakers, but there have been various proposals reported over the past months and during Trump’s presidential campaign. Any way you slice it, though, the most well-heeled Americans will emerge on top.

The wealthiest 1 percent stand to reap 61 percent of the tax cuts next year, according to one analysis by the Institute on Taxation and Policy, while no other income group would crack 11 percent. That windfall equates to $145,500 in savings.

Even if you look at the proposed tax cuts from a different vantage point, for instance as a percentage of pre-tax income rather than the overall dollar amount, the rich still benefit the most. The nation’s top earners would see a tax cut worth 6.9 percent of their income, compared to about 1 percent for most of the country’s other workers.

Who would reap the biggest rewards?

It’s not hard to see why the richest will reap the largest rewards. The Republican plan to cut income tax levels — by creating three brackets at 10 percent, 25 percent and 35 percent — and lower the corporate tax rate by 20 points are the two most expensive line items being considered. (The proposals cost a combined $4.4 trillion over the next decade.)

Toss in repealing the estate tax, killing the alternative minimum tax and nixing the 3.8 percent tax on investment income that was part of the Affordable Care Act (totaling about $1 trillion), and much of the spending eases the burden on the wealthy.

But, there are benefits for nonrich

But, the nonrich would enjoy some income tax reduction — the bottom 60 percent of workers pay $400 less under the plan and will see the contours of their tax filing change.

Republicans are considering doubling the standard deduction, currently $12,700 for married couples filing jointly, which would reduce the amount of income subject to taxation –- a boon for middle and lower-class workers, costing Uncle Sam $1.2 trillion in revenue over the next decade.

Trump also reiterated his support for tax relief for child care expenses, but it remains to be seen what form that will take. Trump has previously outlined support for a deduction that would allow parents of kids under 13 to deduct the costs of programs like day care up to the state average cost for that age. There was also speculation back in the spring that Trump would beef up the Child and Dependent Care Tax Credit — now worth up to $2,100.

What does all this mean for you?

TBD. Trump offered precious few details in his address, which means you’ll have to wait and see how you may be affected. The administration seems firmly committed to lowering personal and business tax rates and doing something to make filing taxes easier, but nothing new was offered yesterday.

The president didn’t discuss reported plans to “Roth-ify” half of your eligible 401(k) pre-tax savings, or clarify his administration’s shifting sentiment toward the mortgage interest deduction. Despite mentioning tax relief for families with child care expenses, he didn’t say how much savings the typical family might see, and what form that break would take.

Much like the health care debate that ate up the first half of the year, expect tax reform specifics to change quickly right up until a vote is taken, if a vote is cast at all.

What should I do today to prepare either way?

This may be counterintuitive, but use the tax reform confusion as motivation to make sure your house is in order.

After all, only 4-in-10 Americans say they could pay for an unexpected expense from savings, according to a recent Bankrate survey. Contribute an extra percentage or 2 of your pay to your savings account as a hedge against lawmakers changing the rules against your favor. That way you’ll be prepared if your tax burden increases in the near future.

If Washington ends up doing nothing, or you receive a rate cut, at least you’ll have a fatter emergency fund. 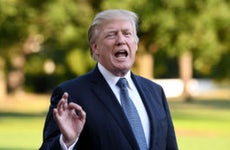 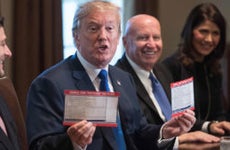 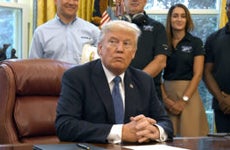 Under the Republican tax plan, would you want to become a company? 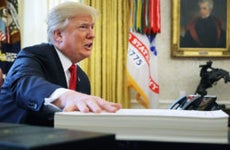