As we approach tax season, it’s important to understand the deductions that may be available to you. The state and local tax deduction (SALT) is available to many taxpayers, but it has undergone changes over the past several years.

The SALT deduction is a federal tax deduction that allows some taxpayers to deduct the money they spend on state and local taxes.

While the SALT deduction can help taxpayers reduce their tax burden, most taxpayers won’t be able to take advantage of it. IRS data shows that only about 11.4 percent of taxpayers itemized their deductions in 2018.

How the SALT deduction works

The SALT deduction allows taxpayers who itemize their deductions to reduce their taxable income by the amount of state and local taxes they paid that year, up to $10,000.

The taxes that can be deducted include state and local (for example, (i.e., city, county or municipal taxes) income taxes and property taxes. Taxpayers can also choose to deduct their sales taxes in place of their state income tax, which would be beneficial to those in states with low or no income taxes. A taxpayer can’t deduct both their income and sales taxes.

Before the 2018 tax year, the SALT deduction was unlimited, meaning taxpayers could deduct 100 percent of their state and local taxes paid. In the 2017 Tax Cuts and Jobs Act, the federal government enacted a $10,000 limit for joint and individual filers and a $5,000 limit for married couples filing separately. The effect of this limit was more substantial in high-tax states like California, Hawaii and New Jersey.

While the Tax Cuts and Jobs Act placed a $10,000 cap on the SALT deduction, it’s only temporary. The cap applies to taxable years 2018 through 2025. After tax year 2025, the cap will end, and taxpayers will once again be able to deduct 100 percent of their eligible state and local taxes, unless other tax code changes are passed before then.

Suppose a taxpayer is filing their 2021 tax return and decides to itemize their deductions. Suppose that person paid $8,000 in annual property taxes and $5,000 in state income taxes. Assume the taxpayer’s maximum income tax rate is 22 percent.

Even though all taxpayers are limited to the same $10,000 deduction, the savings won’t be the same for all taxpayers. Those in lower tax brackets would enjoy lower savings with the SALT deduction, while those in the highest tax bracket could save up to $3,700 in federal income taxes.

SALT deduction in the news

The Tax Cuts and Jobs Act placed a temporary cap on the SALT deduction, and that cap is set to end after the tax year 2025. But some policymakers are pushing to get rid of it even sooner. The push to repeal this cap a few years early is being primarily led by lawmakers from high-tax states whose residents are most affected by the $10,000 cap.

In addition to eliminating the cap altogether, other proposals include allowing joint filers to claim the $10,000 deduction for each spouse. Currently, this cap creates a marriage penalty where married couples can only deduct up to $10,000 jointly, while the new proposal would allow them to deduct $20,000 jointly. Another proposal is to increase the cap on the SALT deduction to $15,000 for individual filers and $30,000 for joint filers.

A repeal of the SALT deduction cap has been floated as a part of President Joe Biden’s “Build Back Better” plan, but as the package is still in flux, it’s yet to be determined whether the proposal will make the final bill. 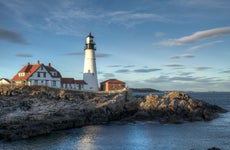 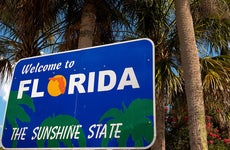 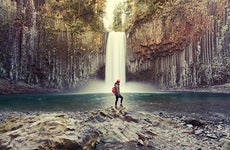 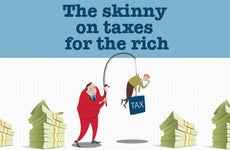