The recently released tax plan from U.S. House Republicans has a bit of a split personality.

When it comes to corporate taxes, the goal is clear: cut, cut, cut. On individual taxes, however, the message is less clear. And that’s especially true when it comes to family expenses, like child care.

The tax overhaul would nearly double the standard deduction, but kill personal exemptions. It would raise the child tax credit and add a temporary credit for older dependents, while ending the tax break on dependent care flexible spending accounts.

These changes would likely alter your family’s tax bill and cause you to rethink your savings calculations. But how, exactly? There’s no simple answer.

Who wins? Who loses? Who knows?

A look at just five of the big changes for families shows that winners and losers will be hard to determine.

The plan also gets rid of state and local tax deductions, except for an up to $10,000 write-off for property taxes, and it limits the mortgage interest tax deduction on new loans to the first $500,000 of mortgage debt.

Student loan interest payment deductions are gone under the proposal, and so are adoption credits.

There are so many variables that the impact on your family depends on your specific circumstances.

An example of how complicated this is

Let’s say you’re married, you both work and you have a household income of $120,000. You have two kids, contribute a combined $6,000 per year to tax-preferred retirement accounts (such as 401(k)s and IRAs), and you put $5,000 pretax into a dependent care FSA to pay for day care and after-school services.

Assuming you take the standard deduction, you’d owe almost $9,200 in 2018 under current law. But that tax bill would drop by about $1,500 under the Republican plan.

However, if you were planning to itemize next year, your potential for savings under the tax overhaul could be much different, especially if you live in an area with high state and local taxes.

Here’s the best way to respond to the tax code rewiring going on in Washington: Save for retirement! The current tax break for 401(k) contributions was reportedly on the chopping block during negotiations, and a future Congress may come after it.

Make sure you’re contributing to your 401(k) or similar employer-sponsored retirement plan, You want the money going in, including any employer match, to equal at least 10 percent of your income.

If it looks like your tax bill will go up in the future, be sure to maintain an emergency fund of about six months’ worth of your expenses, and park that in a high-yield savings account. That way, you’ll be able to pay off any surprise bill from Uncle Sam without going into credit card debt. 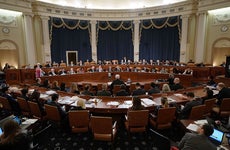 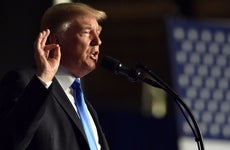