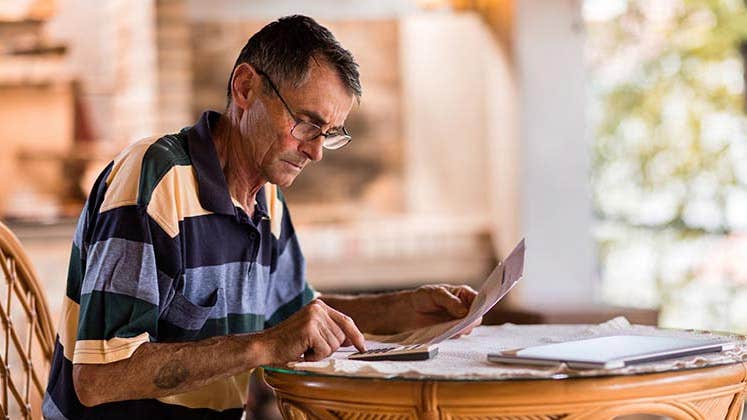 Dear Tax Talk,
My husband had $24,000 in an investment account, but then he closed it and took out the money. How much tax will be owed on the closed investment account? Would opening an IRA reduce our taxable income? He is 59 years old, and I am 54. We are self-employed and make about $25,000-$30,000 after our business expenses and deductions. Thank you so much for your time.
— Ronda

Dear Ronda,
The amount of tax that will be owed on the investment account depends on what type of income was generated from the underlying investments in the account in 2015. You will need to determine if the account generated interest income, dividend income, dividends that qualify for capital gains rates, capital gains from the sale of stocks or bonds or possibly even capital losses.

Let’s take a look at some simplified scenarios for an investment account and the resulting tax consequences.

3 examples of investment gains and losses

Example 2: Capital gain on stock
The account was opened with an initial amount of $20,000 a few years ago and he purchased 400 shares of Newco, an up-and-coming stock he heard about that was selling for $50 per share. The stock went down to $40 per share the first year, but he hung on and this year it was up to $62.50 per share, so he sold the stock and received $25,000. He would report a long-term capital gain of $5,000 on his 2015 tax return, which is the difference between what he purchased the stock for and the sales price.

Example 3: Capital loss on stock
The account was opened with $30,000 a few years ago and it was all invested in Newco, but sadly the stock went down and stayed down. Your husband decided to cut his losses and sold the stock and had $25,000 at that point to take out. In this situation, you have a $5,000 long-term capital loss. If you have no other capital gains or losses this year, you would be limited to deducting $3,000 of that loss against ordinary income and would have $2,000 to carry over to next year.

Investment accounts can have various holdings at the same time, so you have to track the earnings from each item separately. If it was a brokerage account, then he should receive statements telling him what is reportable on the tax return.

No matter what happened with the investment account, opening an IRA is definitely something you should think about. My recommendation is that you sit down with an adviser who can open the account for you and discuss the different options available.

Thanks for the great question and all of the best to you with your tax planning.