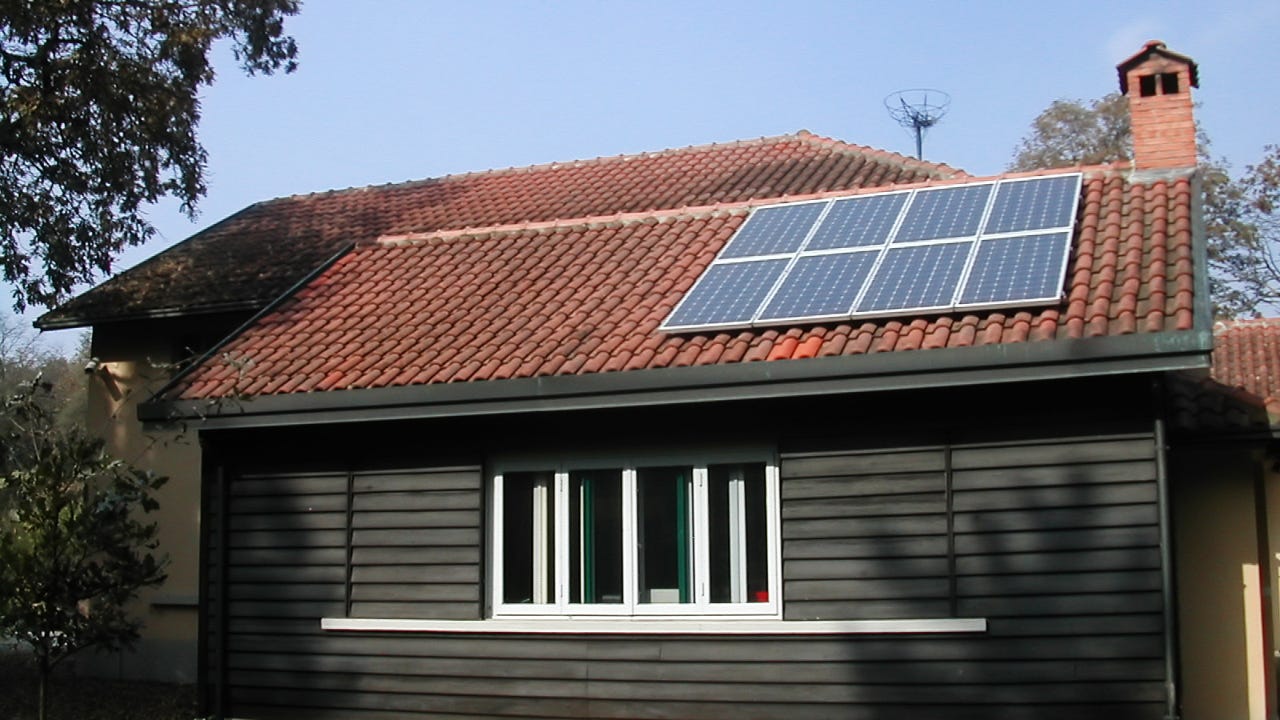 Last year, a California law went into effect requiring all newly-built homes to be equipped with solar panels. Massachusetts is considering similar legislation, and the Biden administration’s focus on renewable energy makes it likely that other states and localities will explore ways to bring green power to more residents in the future.

For homebuyers, solar cells can be an attractive feature on a new home, but home builders point out that equipping individual houses isn’t always the most cost-effective way to boost renewable energy, especially in markets where power costs are already relatively low.

The California and proposed Massachusetts laws would require new buildings to be fully-equipped with solar power generation capabilities, but other places like Eau Claire, Wisconsin, are taking the intermediate step of recommending that new buildings are constructed as solar-ready.

Vladimir Kochkin, director of codes and standards at the National Association of Home Builders, explained that these two standards sound similar but can differ significantly in terms of building costs, and ultimately how expensive the resulting homes are.

“When people say solar-ready, what they actually mean, you don’t have solar panels on the roof,” he said. “Making sure that your roof trusses are designed for additional load, making sure there’s a conduit to run the wire later,” he added. “It’s to make sure, for people who want to put solar panels on in the future, it can accept the panels easily.”

Solar-ready homes can be slightly more expensive to build than those that use a standard plan, but solar-equipped homes generally demand a considerable premium, in the range of $15,000-20,000 for a small photovoltaic system.

Pros and cons of solar-powered homes

Builders and green energy advocates agree that there’s a lot to like about solar-equipped housing, but also that it’s not the only — or always the most cost-effective — way to bring renewable energy to the masses.

“They’re clearly a part of the toolkit and states that have ambitious climate goals are looking at how they get there. Obviously thinking about residential energy use in a proactive way, planning ahead, is a big part of the picture. The economies for residential solar continue to improve and look pretty good overall and I think that’s a factor,” he said.

Kochkin agreed, but pointed out that the economics vary by region, because power costs are not uniform across the country. He warned that solar-ready or solar-equipped homes can be more expensive, and that there may be more cost-effective ways of implementing green energy standards.

“That’s one of the reasons that we think it should remain a voluntary option,” he said, adding government incentives that reduce the installation costs for homeowners remain crucial.

Solar power is the most readily available and easy-to-deploy form of green energy on the market right now, but that doesn’t mean it’s the only option, or that putting solar panels on houses is necessarily the best way for every individual or community to go green.

“One of the important things that I try to communicate is that renewable energy, whether it’s solar or wind, it’s much more cost-effective at the utility scale compared to individual custom systems that are built on a house to house to house basis,” Kochkin said. “In markets where utility and community level systems will become the primary source of renewable energy, the investment in solar-ready may never be useful.”

For consumers, he added, it can be prohibitively expensive to install an at-home solar system or purchase a new home with one built-in, even with prices for those systems going down, especially if requirements to do so mean government incentives are no longer available. The cost-benefit varies widely by location, Kochkin said, because energy costs are not nationally consistent.

In terms of how much money homeowners have to lay out, it is usually cheaper when their local power company converts to renewable energy production and just supplies them with green energy from the grid instead.

Wetstone agreed that utility-scale renewable energy is important, but added that it can work with home-based systems to improve the grid for everyone.

Ways to pay for green upgrades

For existing homeowners who want to upgrade their homes with solar power, the work is doable but may not be cheap. Fortunately, there are a number of ways to finance expensive projects. You might consider a home equity loan or home equity line of credit, which are basically second mortgages that use your home equity to give you extra cash.

Similarly, a cash-out refinance takes advantage of equity you’ve built up in your home, but you tie that into your existing mortgage for one larger loan. Now is an especially good time to consider this option while mortgage rates remain low.

Personal loans or credit cards are another way to finance a large project, but these tend to have higher interest than equity-based financing.

Renewable energy is becoming increasingly important to policymakers at every level. New regulations and changes to the national energy-producing infrastructure are likely in the years ahead, and for some homeowners, that will mean installing a solar system on your property is the right step. Whether or not it’s right for you, property-based green energy systems are just one part of the renewable puzzle.

“I think it’s worth just taking a moment to talk about what’s the endgame here. Big picture, what do we want out of this? What is the world we want to see as a result of these investments when the homes all have solar and the grid is all carbon-free?” Whetstone said.

He pointed out that air quality improved nationwide with fewer people commuting during the pandemic, and that improved the quality of life for people in many ways.

“We could have those same pristine skies with a booming economy and reducing air pollution, reducing asthma, reducing all the health effects, and the quality of life that comes with clean air,” he said. “We have that in our power to create that world.”