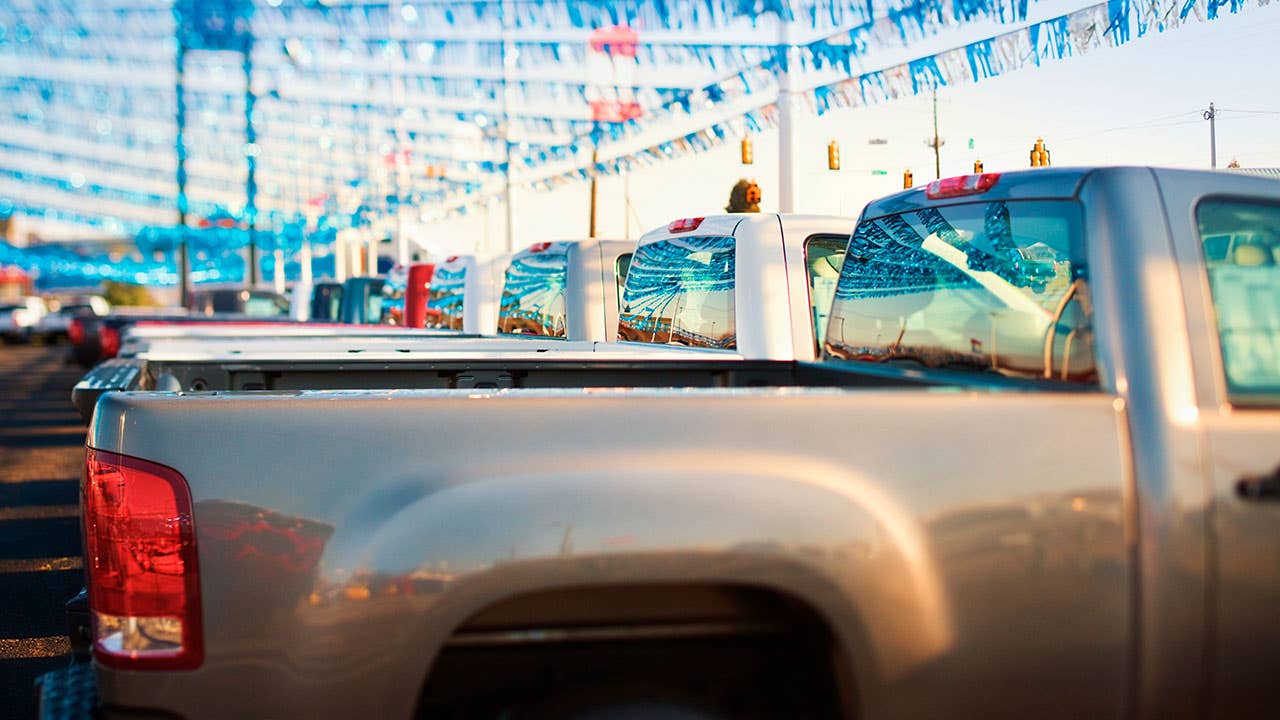 No one likes going shopping and paying top dollar. One key to saving money is knowing what to buy when. Holiday weekends are usually optimal for shopping and post holidays can be good, too. Think of candy sales the day after Halloween, and Christmas items that are marked down right after Dec. 25.

Seasons also matter. If you’re looking for items that are in high demand in summer, late summer or early fall is a good time to buy them for less. There are exceptions, though, and smart shoppers are always on the lookout.

For big-ticket items, budget ahead of time. Taking out a CD can be a smart way to prepare for those purchases.

Here is a month-by-month guide for the best times to buy a variety of goods. Bankrate relied on industry experts and Consumer Reports to compile its list.

January is the best time to buy exercise equipment and other fitness-related items to help you keep your New Year’s resolutions. You’ll also find deals on holiday leftovers in the electronics department. Many retailers mark down sheets and other bedding this month during white sales. And with people spending most of their time in dry, indoor air, it’s also a good month to shop for humidifiers.

Presidents Day weekend is when mattress deals abound. February is also a good month for furniture sales. You might find stores offering discounts for Valentine’s Day, though you’ll likely find better deals on chocolate, perfume and jewelry after the holiday. Look for markdowns on TVs ahead of the Super Bowl, along with clearance prices on computers and other electronics. As winter starts to wane, expect lower prices on snowblowers, space heaters and winter clothes. Also, sales on tax software begin this month, ahead of the mid-April filing deadline.

Springtime means giving the home and yard a thorough sprucing up, so expect markdowns on housecleaning and lawn equipment. As you get ready to open up the house after being shuttered in all winter, you’ll see deals on new windows. March ushers in college spring break season and many consumers start thinking about summer vacation plans, so it’s a good month for luggage sales. Retailers get more aggressive about clearing out their winter clothes inventory, too.

If you want a 2023 vehicle, keep an eye out. Auto journalist and independent industry analyst Matt DeLorenzo believes they will debut early this year because “this isn’t a normal market.” The traditional model-year changeover is in September and October. “But because of the tight market, some manufacturers actually delayed some of their 2022 carryover models until the first of the year. Other all-new or significantly redesigned vehicles are launched when they are ready, so you’ll actually see some 2023 models rolling out as early as this spring,” he says.

DeLorenzo says that there’s an upside to getting a 2023 vehicle early in the year. “It won’t become a year-old car for 18 months, so you’ll be minimizing some of that first-year big hit in depreciation by getting more use out of your vehicle.”

If wintry weather lingers into March, look for bargains on equipment to help you get your home and yard looking tidy again. Expect markdowns on bike helmets and grills as the weather warms. You’ll see discounts on formal wear during high school prom season.

Memorial Day weekend is one of the biggest holiday shopping weekends of the year. It’s a good time to save on major purchases, such as air conditioners. Memorial Day weekend also is the traditional end of the school year, so expect to see sales on items related to outdoor fun, vacations, and home and yard maintenance. Look for markdowns over Mother’s Day weekend, too.

Summer begins in June, the kids are out of school and Americans celebrate Father’s Day. It’s an opportune time to shop for equipment related to home, yard and outdoor fun.

Fourth of July is a big month for buying washers, dryers and major kitchen appliances such as refrigerators, dishwashers and microwaves.

The holiday also could present the first opportunity of 2022 to buy a new car and not faint from sticker shock, DeLorenzo says. Limited inventories earlier in the year meant it was “probably not the best time to buy a new car,” DeLorenzo said in January, noting that the COVID-19 lockdowns hampered production at auto plants worldwide. “You might want to wait until the summer Independence Day sales or better yet, September’s Labor Day programs.”

August is back-to-school month, so it’s a great time to shop for everything from pencils to printers. To ease the financial burden, some states offer sales tax holidays on clothing, shoes and more. Check with your state taxing authority to see which items are included. As summer winds down, it’s a good time to buy bathing suits, patio furniture and other warm weather merchandise. It’s a good month for indoor furniture deals, too, as retailers make way for the next season’s inventory.

If you’ve been holding off on purchasing a new car, Labor Day weekend could be your best buying opportunity of the year, DeLorenzo says. “Buyers are beginning to balk at the higher prices,” he said in January, “but it won’t be until later this year, and perhaps during the changeover from the 2022 to the 2023 model year, that we’ll see a return to a market that has more generous incentives, a better selection of new vehicles in stock and lower prices.”

Fall and winter yard-work tools are discounted in mid-October, and Columbus Day is a popular holiday for mattress markdowns.

The post-Thanksgiving holiday shopping bonanzas of Black Friday and Cyber Monday are the absolute best times of year to buy almost anything, especially TVs, computers, and small and large household appliances.

Many sales that launch on Black Friday and Cyber Monday continue through the gift-giving holidays this month. December can still be a great time to buy electronics, small appliances, fitness items, winter yard maintenance equipment and other stuff.

To get the most out of every dollar you spend, time your purchases right, keep your eyes peeled for sales, and budget and save money, especially for major purchases.

“The people who are in the business are much smarter than the consumer about their own business,” he says. “Regardless of the time of year, people ought to do their homework if it’s a major purchase.”

Shopping online can save you money and make comparing prices and products easier. Also, many stores don’t charge for shipping — though minimum purchase amounts often apply, adding to convenience.

DeLorenzo recommends looking online for cars and not limiting your search to auto dealerships.

“Compare vehicles not only in your geographic area but also look elsewhere in the country,” he says. “Whatever area you’re shopping, remember to put in a ZIP code. What little incentives there are usually are localized.”

Read more From Libby
Libby Wells covers banking and deposit products. She has more than 30 years’ experience as a writer and editor for newspapers, magazines and online publications.
Edited by
David Schepp
Wealth editor