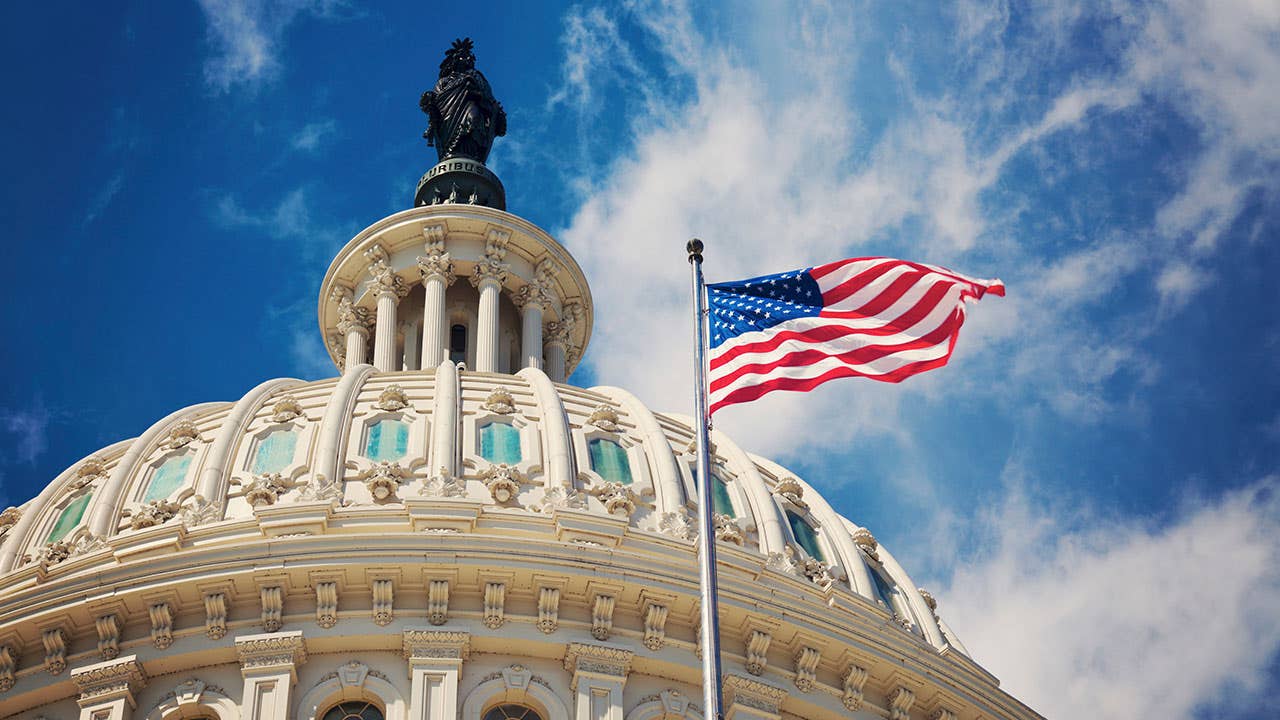 Growth is slowing globally, but the biggest problem for the U.S. economy might just come from within.

That’s at least what American consumers fear, according to Bankrate’s April Financial Security Index survey. Nearly half (44 percent) of the 1,000 individuals surveyed said the political environment in Washington, D.C., is the biggest threat to the domestic economy over the next six months — more than any other category and the highest since Bankrate started asking the question two years ago.

“We are living at a time of high political discord or polarization in America,” says Mark Hamrick, Bankrate’s senior economic analyst. “One can imagine these concerns reflect their lack of confidence in officials’ ability or willingness to resolve problems.”

But even though a record number of Americans are more concerned about D.C., not many have changed their financial habits. More than half of respondents (51 percent) are not changing how they spend, while nearly a quarter (24 percent) say they are spending more.

“Any and all of those steps would be prudent in anticipating a negative turn for the economy,” Hamrick says.

When it comes to observing the Trump administration’s impact on everyday people, Crystal Cohoon has had a front-row seat.

The Illinois-based accountant knows of farmers who were hurt by tariffs. She saw a friend living without a paycheck during the longest government shutdown in U.S. history. She even watched her employer — a manufacturer of car headlights — refrain from filling vacant positions due to the uncertainty surrounding trade policy.

For these reasons, she sees the political environment in Washington as a top threat to the domestic economy.

“These are policies that can hurt an economy. We’re so divisive in our politics,” Cohoon says. “What’s going to happen when we do have a downturn, and we don’t have any cushions?”

She’s worried specifically about the Trump administration’s 2017 tax cuts and how it’s related to the widening deficit. The deficit in March widened to $691 billion, up 15 percent from a year ago, according to data from the Department of the Treasury. Tax revenue fell from the year-earlier period, the report showed.

Large deficits mixed with climbing debt and historically low interest rates makes her fearful that the economy might not be well prepared for any shocks, she says.

“I just keep thinking about the nature of how an economy cycles, and a downturn is inevitable,” Cohoon says. “The Federal Reserve is still keeping interest rates extremely low. Our debt is the highest it’s ever been. Where are we going to turn?”

But Cohoon says she hasn’t made a change to her personal finances in preparation for any downturn — mostly because she’s always lived a frugal lifestyle.

“I’m not the type of person who runs out and gets a new car just because I can,” Cohoon says. “I live within my means.”

All regions listed the political environment as their top concern, the survey found, but they were most prominent in the Midwest, where Cohoon hails. Fifty-four percent of respondents from this area reported politics as the top threat, compared with 38 percent in the Northeast, 45 percent in the South and 40 percent in the West.

This region has been impacted the most by the Trump administration’s trade policies, says Greg Valliere, chief U.S. policy strategist for AGF Management.

“The trade war, at least initially, has been a drag on economic growth,” Valliere says. “That’s been especially negative in the rust belt or the farm belt.”

Concerns about the political environment in Washington also spanned a variety of backgrounds and ideologies.

Republicans were the most concerned about national politics, even with a Republican president in office. Nearly half (49 percent) of surveyed Republicans listed the political environment as the top threat to growth. Meanwhile, 45 percent of Democrats and 42 percent of independents cited Washington as the top risk.

That’s exactly what Michael Farr, CEO and founder of financial consulting firm Farr, Miller and Washington has noticed when delivering public speeches across the country. Farr says one way to get audiences groaning is by mentioning the word “Twitter.” In an instant, he’ll hear audiences express their disapproval over Trump’s activity on the platform. These moans come from people all over the county — regardless of their personal politics, he’s noticed.

“They don’t understand how people can get away with behaving so badly,” Farr says. “They tend to say, ‘Well, if these are the sort of knee-jerk responses that they’re willing to air so quickly on the world’s airways, what sort of decisions will they make at critical moments?’ Washington has long affected the markets and the economy, but it seems to be much more of a broader worry.”

Politics may impact the economy, but pay attention to fundamentals

It’s not out of line to think that the political environment could impact the markets or the broader economy, Farr says.

There’s the time Trump moved markets by tweeting the morning of the June 2018 jobs report that he was “looking forward” to seeing the data — which he’s given access to the night before. Health care stocks also sank during the 2016 presidential elections, Farr says, out of fear that Hillary Clinton would be tough on the industry. The lack of government-instituted regulation over the financial system could also be to blame for the severity of the financial crisis, he adds.

“Washington can affect how Wall Street trades and how the economy performs,” Farr says. “It’s at the heart of a lot of things that allow the leverage to get us into trouble.”

Consumers’ views also aren’t out of line with what experts say. Bankrate’s first quarter survey of economists found that U.S.-China trade policy was a top threat to growth, something the Trump administration has managed to shake up throughout their more than two years in office.

But it’s important to ignore the noise and look at the fundamentals, Valliere says. The labor market is tight, while unemployment is near a half-century low. The stock market is also having a record run, he says.

“There’s this pervasive view around the country that Washington is broken,” Valliere says. “Washington is very divided, but you’ve got to divorce that concept from where the economy is at right now.”

Insulate from shocks by preparing finances for downturns

But that doesn’t mean it’s not a good time to prepare your finances by cutting back on spending or paying down debt, Hamrick says. Downturns are inevitable, and it’s best to make financial hay while the sun shines.

[Read Bankrate’s tips on how to save money, including advice specifically for those in their 20s and 30s.]

“Even if it is something as basic as saving for retirement or an emergency,” Hamrick says, “there’s no time like the present to make further progress toward our personal financial goals.”

As for Cohoon, she doesn’t think it will be this divided forever. If the past is any guide, the country will come out on the other side, she says.

“We think this is the most divided it’s ever been because we’re living it now, and social media plays into it, but in the ‘60s, we were having assassinations and riots,” she says. “I try to keep telling myself that this is actually good for us, that when we get through this, it’s going to make us stronger.”

This study was conducted for Bankrate via telephone by SSRS on its Omnibus survey platform. The SSRS Omnibus is a national, weekly, dual-frame bilingual telephone survey. Interviews were conducted from April 2-7, 2019 among a sample of 1,000 respondents in English (965) and Spanish (35). Telephone interviews were conducted by landline (396) and cell phone (604, including 380 without a landline phone). The margin of error for total respondents is +/-3.64% at the 95% confidence level.  All SSRS Omnibus data are weighted to represent the target population.