Some mortgage firms gave homeowners “incomplete or inaccurate information” about a federal law designed to prevent a spike in foreclosures, a federal regulatory agency says in a new report.

The findings take a bit of the luster from the federal mortgage forbearance program, which has won rave reviews for staving off defaults during the economic downturn of 2020. When the U.S. economy plunged into a deep recession last year, politicians and the mortgage industry leapt into action.

They dangled generous breaks — known as forbearance — to nearly anyone with a home loan. As a result, several million homeowners were able to hit the pause button on their mortgages, and foreclosures plunged to record lows in 2020. There were 2.7 million homeowners in forbearance as of this week, according to the Mortgage Bankers Association.

As the coronavirus crisis continues, however, there’s new evidence that lenders didn’t perform flawlessly as they rolled out forbearance programs. A newly appointed federal regulator says some mortgage servicers — the companies that collect loan payments — failed to follow the law.

The CARES Act promised borrowers who entered forbearance would pay no penalties. However, Uejio wrote in a statement posted on the CFPB site that some servicers charged and collected late fees for borrowers in forbearance.

“Moving forward, the CFPB will take aggressive action to ensure that regulated companies follow the law and meet their obligations to assist consumers during the COVID-19 pandemic,” Uejio wrote.

The agency didn’t indicate how common the problems are, nor did it name names of servicers who misled borrowers. The CFPB acknowledged that mortgage companies faced “significant challenges” as they scrambled to learn about the new forbearance program.

Regulatory experts expect the CFPB to take a more assertive approach under Biden than it did when President Donald Trump was in the White House. “We’re about to see a very sharp shift in tone and approach,” said Michael Gordon, a former CFPB official and now a partner at Bradley, a national law firm.

How forbearance is supposed to work

Under the CARES Act, forbearance is straightforward. Essentially any borrower who wants forbearance can get it.

The pause on payments applies to anyone with a government-backed loan. Borrowers can apply for forbearance and get a 180-day break on payments with no penalties and no late charges. The missed payments are simply added to the end of the loan.

Borrowers can ask for an additional 180 days of forbearance. The CARES Act covers loans held by Fannie Mae or Freddie Mac or issued by the Federal Housing Administration or the U.S. Department of Veterans Affairs.

The CARES Act didn’t address jumbo loans, non-QM loans and other mortgages held by lenders or owned by private investors, but many banks voluntarily offered 180 days of payment relief.

The generous terms of forbearance are a sharp contrast to the mortgage industry’s response to the housing crash and the Great Recession. During that crisis, borrowers struggled to win relief from their loans, and foreclosures soared.

While the CARES Act was straightforward, some servicers misconstrued or misinterpreted the law, the CFPB says. One servicer suggested, inaccurately, that borrowers had to pay a fee to enter forbearance. Another servicer provided incorrect due dates for the borrower’s next payment.

Other examples of poor practices:

How to apply for forbearance 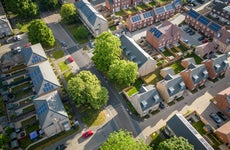 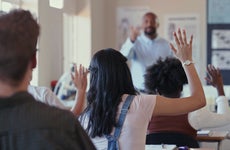 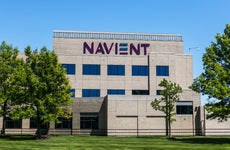 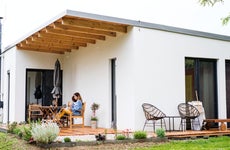 Mortgages in forbearance will be eligible for refinance