Although people weren’t exactly fleeing cities en masse during the coronavirus pandemic, movers did certainly prefer going to neighborhoods and suburbs that were a little less densely-populated.

Dan Holtz, co-CEO of Sovereign Lending Group, said as the pandemic is increasingly brought under control, it’s likely that cities will grow in popularity again.

Here’s what he said to look out for in real estate and mortgage trends as COVID subsides. This conversation has been edited for length and clarity.

How do you think moving trends will change with COVID vaccinations ramping up and things (hopefully) on their way back to normal?

With the pandemic and the shutdowns there was an exodus that was happening. A lot of people were leaving and looking for larger spaces.

We’re also seeing on the mortgage side investors looking to go into the San Francisco and L.A. areas to see if they can find something that makes more sense with the numbers. There seems to be a sense that there’s light at the end of the tunnel. It’s fun living in the suburbs for certain people that have larger families but they’re missing the big city element and all the benefits that come with that, too.

How hard is it for people to refinance when their mortgages are in forbearance? What should those folks do?

The pandemic came on so quick and fast and the government, rightfully so, put action in place to stem losses that might have taken place.

One thing they learned from the last recession is they made forbearance too restrictive. They didn’t get the participation level they wanted

This time they opened it up a lot more. We had people who didn’t have an income drop, but they were worried about their jobs and for precautionary measures, they went into forbearance. They might not have needed to do that, but it was easy for them to do.

Maybe a few months into it, they wanted to take advantage of these low interest rates, but they realized they couldn’t do a refinance because of the forbearance. Most lenders are going to want to see six on-time payments before you can refinance. I had friends who went into forbearance because they were being precautionary about it, and then they called me up and they had to wait three or four months before they could refinance.

Is the refinancing wave receding with rates going up?

It definitely is. When rates were low or there was strong demand. Now a lot of mortgage companies are seeing application rates go down. Instead of saving $200, $300 on their mortgage, now they’re only saving $80 or $75.

On the refinancing side, there’s definitely not as much demand as there was in November or October, but historically, rates are still fantastic. There is still a tremendous amount of people who could benefit from doing a refinance, we’re just not having the huge wave that we had last year, because usually the first movers are right on it, and the other people need a little more encouragement to help them lower their interest rate.

What are the other key trends to watch right now?

The forbearance thing has been a big topic, a lot of people are talking about what’s going to happen when this expires. We have a lot of loans that are in forbearance and most of them are exiting. We don’t have a lot of files that have issues.

The clients were good clients, and now that they’re returning to work or having their confidence levels go back up with the pandemic subsiding, I don’t think it’s going to be a big issue.

Furthermore, you have equity going up because it’s a strong buying season. It’s making it less likely that a client would walk away from a house. They would look to find some solution with their lender or sell the home if they need to.

How important is that rising equity in the market today?

90 percent of the homes in forbearance have at least 10 percent equity in there. We’re seeing very strong upward trends in housing prices because the lack of supply, low interest rates, appreciation is still going up on that.

What does that mean for the homeowner?

They have more access to tap that equity if they need a nest egg or pay off debt. It also makes the lender more confident. It gives a confidence to the client that they have that money, even if they don’t have access to it. Maybe they do a house hack, they rent out a room or get an accessory dwelling unit (ADU). People will do that if they have equity and value in the home, they don’t do that if they don’t have equity and the asset is not valuable. It gives people the will to figure that stuff out.

We do feel that appreciation levels are going to continue to go up. Fundamentally, there’s just not enough homes out there. That puts pressure on home values, and with the housing shortage and rates unlikely to go up suddenly.

We’re seeing continued upward trends in terms of appreciation because of the shortage of housing and we see a lot of cities and states understanding that there is an affordability issue. That’s why we’re seeing more of these ADUs coming up. It’s a quick, meaningful way to help some part of the population out there, too.

With more confidence among homeowners, there’s more confidence with the banks. We open our credit buckets. That will start to open more because the confidence level is up with us, we feel confident with equity levels going up, and with rates going up too, those products become more advantageous for banks to do because the margins are better. A year ago, everybody went risk-averse because everyone was scared, they thought we were running into 2008 again.

We’re going to have an expanding number of product types for different homeowners. People that weren’t able to buy because of credit issues, income issues, they’ll be able to get into the market, now we just need to figure out, what are they going to buy? 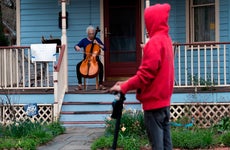 Mortgage relief: What to know about mortgage forbearance 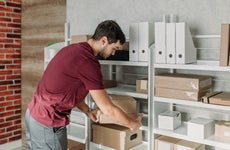 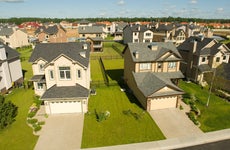 Mortgage and real estate news this week: Updates on a hot housing market and what to make of inflation