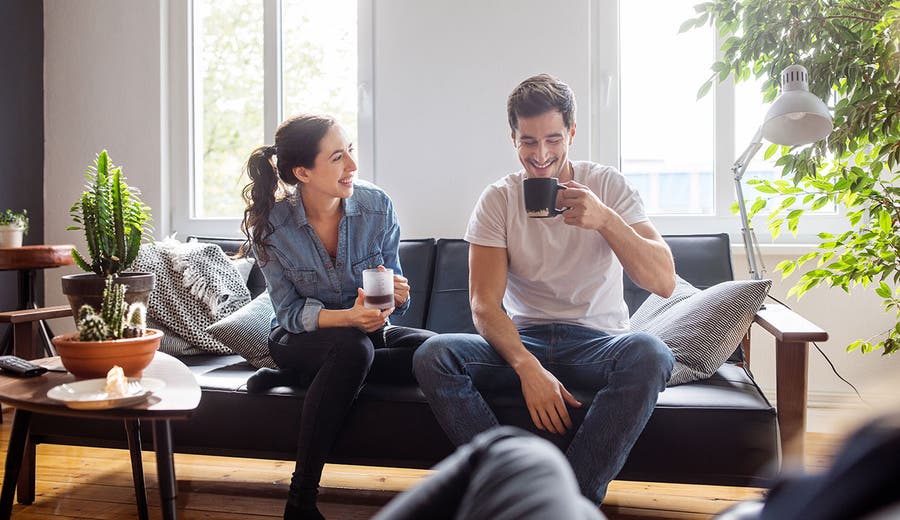 At the end of 2006, my husband and I purchased our first property in Central Indiana — a three-bedroom, two-bath ranch home with a fenced backyard and a two-car garage.

We were 26-years-old with steady jobs and no intention of moving, so we figured we should lay down roots before we had kids.

The home only cost us $102,500, mostly because we lived in a suburb of Indianapolis where housing is cheap. We put down a small down payment of 3 percent and financed the rest with a thirty-year, fixed rate mortgage at 6.99 percent APR — a decent rate at the time.

A year later though, we got the itch to buy a rental property after saving up around $20,000. Ultimately, we found a small brick ranch with three bedrooms and one bathroom for $85,000, put down $8,500 and financed the rest with a thirty-year, fixed rate mortgage also at 6.99 percent.

After that, we decided to turn our original “starter” home into a rental and upgrade to larger digs — a four-bedroom, three-bathroom home with 2,400 square feet for $158,000. We put down another $10,000 as a down payment, found renters for our first home and settled into our new life.

And that’s how we wound up owning three homes before the age of 30.

Enduring the Great Recession as a landlord

In a lot of ways, our timing was brilliant. Because we acquired our rental properties before the housing bust that took hold in 2008 and 2009, lending requirements weren’t quite as stringent. We only needed to put 10 percent down on the second property we purchased, whereas today rental properties typically require you to put down 20 percent or 25 percent. We also bought the house we ended up living in for five years without any difficulty despite the fact we had two other properties.

But when the Great Recession hit, things were tough for a while. The properties we purchased for $102,500 and $85,000 dropped in value for years — even though, fortunately, rents stayed the same.

Our initial plan involved buying more rental properties, but we ultimately decided not to purchase any more property during the recession. Looking back, we probably would have done well if we had considering foreclosures surged 81 percent nationally in 2008, then went on to hit record highs in many areas in 2009.

[Related: Should fear of the next recession keep you from buying a home?]

For the most part, we didn’t make any big financial moves from 2008 onward other than saving for retirement and saving as much cash as we could. And really, it worked out fine. Our jobs in the funeral industry were insanely secure, so we focused our efforts and time there. We also had two daughters in 2009 and 2011, so we didn’t have much time to search for new property anyway.

Why and how we paid off a rental property

The housing market slowly recovered in our area from 2010 to around 2014. During that time, we saw great gains in our retirement plans and low-cost brokerage account as well as continuing appreciation to the properties we owned.

My husband also switched jobs during that time, which left us moving to a new town 35 miles away in 2014. We broke even when we sold the four-bedroom home we were living in, which we were grateful for considering what the housing market had been through.

But we were also saving a lot of cash during this time, mostly because we had cut our expenses and gotten serious about our finances. This led us to wonder about the best ways to benefit from our additional funds — outside of the money we were pouring into our retirement and investment accounts, of course.

So, that’s what we did. We started by paying an extra $500 in cash toward our rental property mortgage in addition to the small overage we received after our renters covered the payment. We did that for around a year before eventually bumping our payments up by $1,000 extra per month. Then $2,000 extra per month.

By 2017, there wasn’t much left of the mortgage on our smallest rental property — maybe $30,000. That’s the point where we decided to pay the rest off in a big lump sum. We had been building up a sum of savings to invest in something, so why not our rental? Plus, we had a plan that could help us pay off our other rental property significantly faster.

If we paid off the final $30,000 on our smallest mortgage, we figured we could snowball the payments from both of our rentals toward the remaining home loan. By effectively throwing two rental payments toward one loan, we could pay it off faster without spending any extra money ourselves.

So, that’s exactly what we did. We paid off the final $30,000 of our rental property mortgage then began snowballing both of our rental property payments — which were $895 and $850 per month respectively — toward the remaining home loan. In the meantime, we also took advantage of lower interest rates by refinancing  the remaining home loan into a new thirty-year mortgage at 4.99 percent APR.

Why I’m glad we paid off a mortgage

Paying off a mortgage early isn’t for everyone. For some people, the amount saved in interest by paying the mortgage early is equal to or less than what can be earned in other long-term investments such as stocks. For us, however, investing in our rental property (that we make money off of) personally made the most sense.

Since we paid off our first rental property mortgage, we also made the push to pay off the mortgage on our primary home in 2018. That means we’re left with a single mortgage across three properties, and we’re making progress toward that loan all the time.

Over the years, a lot of people have asked why we paid off a mortgage instead of saving that money to buy more properties. Their reasoning always boils down to one thing — we had cash in the bank we could have used to grow more wealth.

While I tend to agree, my husband and I are pretty risk-averse. Watching the real estate market implode nationwide didn’t do a lot for our confidence in the market and its longevity, either. The reality is, a ton of investors gobbled up properties in 2007 and 2008, right before the real estate market tanked, because they thought the good times would never end — but they always do.

Having a paid-off property means we won’t be on the losing end of the situation if another real estate bubble emerges then pops — which it inevitably will.

In the meantime, we’re hoarding cash so we’re ready to buy another rental when that day comes.