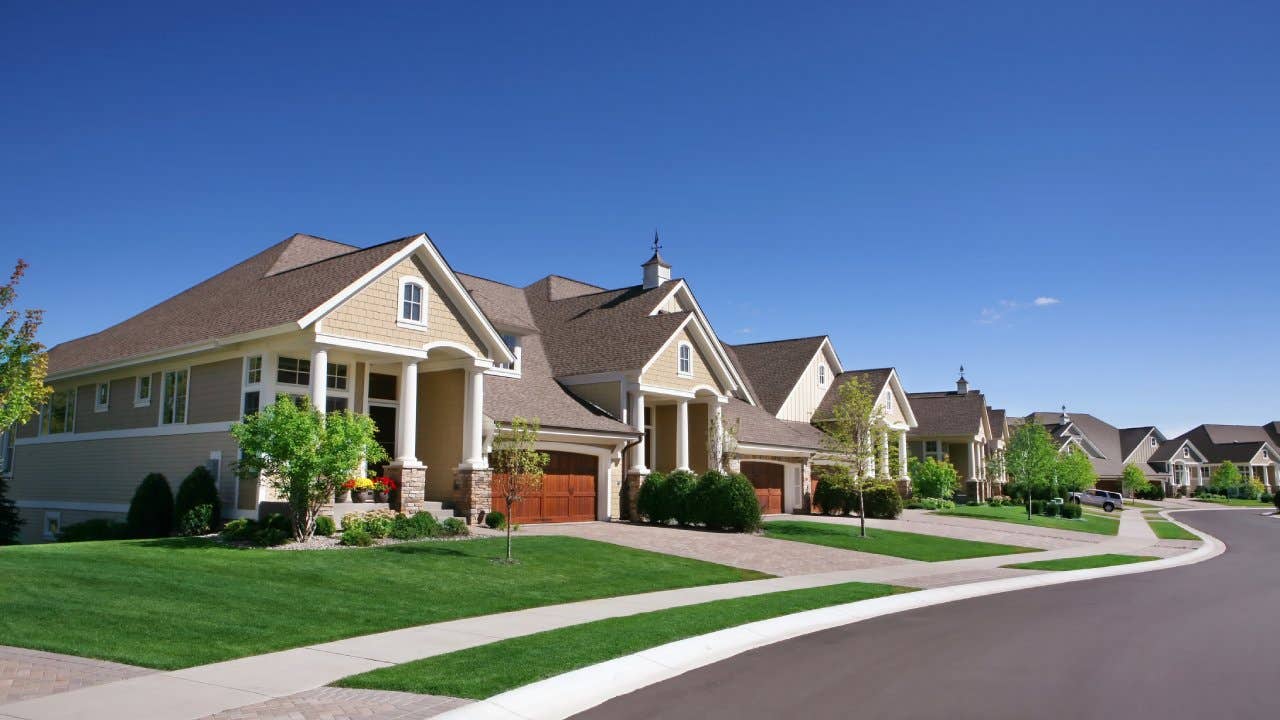 While the shortage of homes for sale has started to ease, decades of under-building mean homebuyers still face limited options. If you’re in the market now, you might be thinking: Why not just build a new home instead? While there are upsides to new-home construction, the current market includes some big and expensive challenges for builders and buyers.

Higher mortgage rates aren’t good news for anyone looking to buy a home, but they can spell even bigger trouble if you’re waiting for your new home to be finished. That’s because mortgage lenders typically allow buyers to lock in a rate for a tight window —  as little as one month and up to four months.

“I think it’s important for buyers to understand we are in a rising-rate environment and that there is a good chance they can only lock their rate for three to six months prior to the home being done,” says Robert Little of The Robert Little Group with RE/MAX Advantage in Henderson, Nevada. “They better factor in a higher rate and payment into their budget to make sure they are comfortable with the payment.”

The alternative? Some new-home buyers are backing out of contracts. In fact, the cancellation rate jumped to 14.5 percent in June from 6.5 percent the previous year, according to John Burns Real Estate Consulting.

However, one buyer’s cancellation can represent another buyer’s new contract, thanks to motivated builders who want to get projects sold.

“Due to increasing inventory and contracts falling through, we are seeing more new-construction opportunities now and quicker move-ins,” says Little. “Builders are offering big incentives as well — much more now than six months ago — on standing inventory or canceled contracts that are near completion.”


Why are mortgage rates fluctuating in 2022?

Mortgage rates are constantly changing. While they were at record lows throughout 2021, 2022 has been a different story entirely due to several forces at work.

For one, everything — including buying a house and building a new one — costs more due to 40-year high inflation. The Federal Reserve has been taking big steps to tame it, including rate hikes. While a Fed increase isn’t directly linked to fixed mortgage rates, it does have some impact. Often, mortgage rates rise or fall ahead of inflation reports and the central bank’s meetings.

That said, the better tracker of fixed mortgage rate movement is the 10-year Treasury yield. As that ebbs and flows, so do the rates on fixed mortgages.

Even though the Fed is increasing rates, its actions could push the economy into recession (for many, the decline in GDP in the first half of 2022 signals we’re already there). When the economy isn’t growing, mortgage lenders must perform a delicate balancing act to make rates attractive enough to entice borrowers while also making a profit.


When will mortgage rates go back down?

The rapid rise in mortgage rates has cooled off as of late, but the overall trend is still much higher compared to 2021 and 2020. While there’s no crystal ball for predicting the housing market, the Federal Reserve’s work to chip away at inflation means that mortgage rates in the 5-percent range are here to stay for the foreseeable future.

You don’t have to ditch your plans for buying a brand-new home, but you will need to make some additional considerations:

The materials needed to build your home might run you one cost today and a whole lot more when it’s time to buy. For example, the price of framing lumber increased by 167 percent between August 2021 and the beginning of 2022, according to the NAHB.

“Buyers need to check if there are any clauses that pass along rising supply costs to them or they are locked into a fixed price contract to build,” says Little.

Don’t expect anything to happen fast

In addition to the potential for higher costs, be prepared for longer delays, too.

“New homes are taking longer in our area than just a few years ago — eight months to [longer than] a year-and-a-half,” says Little. “The buyer should have a reasonable timeline from the builder for completion time and realize with the current supply chain issues it could take longer. Buyers need to weigh this with the current resale inventory on the market to determine the best way to go.”

As you compare existing homes for sale with the nuances of new construction, take the time to find a real estate agent who specializes in brand-new homes. Your agent can be an invaluable ally when navigating this long-term process.