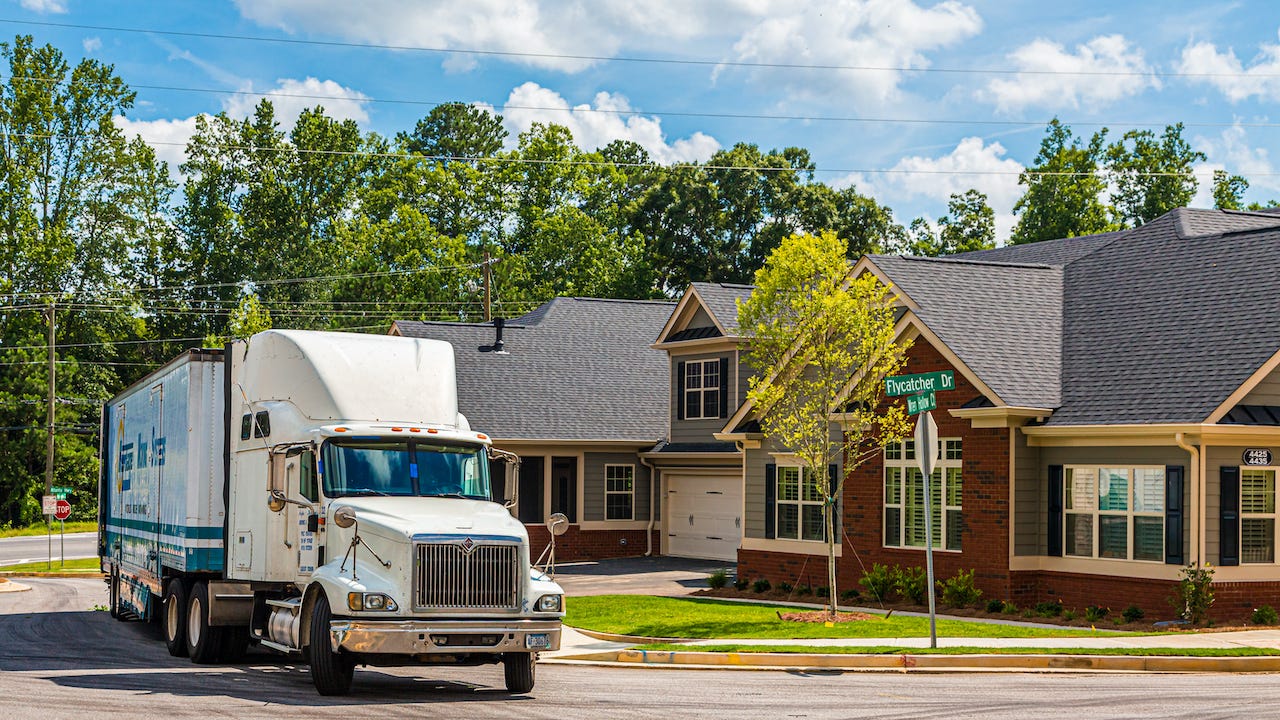 Buyers from pricey coastal markets have been snapping up homes in inland cities, an influx that threatens to elbow out locals. The newcomers are attracted to metro areas like Nashville — where home values are a bit above the national average but look like a steal compared with Silicon Valley and Seattle.

“When someone from California comes here, they’re saying, ‘Wow — this is such a good bargain,’” says Brian Copeland, head of Doorbell Real Estate in Nashville and president of the Greater Nashville Association of Realtors. “They were able to take the amount of money that would have gotten them a one-bedroom condo fixer-upper in California, and they can buy a four-bedroom, three-bath home.”

He’s not exaggerating. The median price of houses sold by Realtors in the Nashville area in December was $345,000, compared with $1.06 million in the San Francisco Bay Area.

For affordability trends, a ‘reset’

Nashville is just one of the comparatively low-cost metro areas luring new arrivals from pricey coastal markets. The trend might slow an affordability squeeze that has seen home values in New York and San Francisco soar well beyond the grasp of most Americans.

“As demand shifts around, we are going to see some of these housing affordability conditions reset,” says Robert Dietz, chief economist at the National Association of Home Builders.

The new migration patterns also leave locals in reasonably priced markets to face unfamiliar affordability challenges. The median household income in Nashville is less than half that of Silicon Valley, according to U.S. Census data — so with transplants driving up costs, locals are looking for smaller homes or moving farther out to the suburbs.

And most of the newly hot markets have few homes for sale, setting the stage for big price jumps.

Nashville tops the list of cities with the widest gap between the housing budgets of out-of-town shoppers and local homebuyers, according to a new report from real estate brokerage Redfin. The average price point for out-of-towners moving to Nashville in 2020 was $719,500, 48 percent above the typical budget of $485,500 for local buyers.

Atlanta was second in Redfin’s ranking. Out-of-towners moving to Atlanta had an average budget of $698,000, 33 percent richer than locals’ typical budget.

Bill Rawlings, broker at Atlanta Fine Homes Sotheby’s International Realty, has noted a rise in homebuyers from California and New York. While the newcomers’ housing budgets are more generous than those of locals, he doesn’t worry about an affordability crisis.

That’s partly because Atlanta prices are below the national average. The median price of homes sold in the Atlanta metro area in the third quarter of 2020 was $271,800, according to the National Association of Realtors.

What’s more, new construction has ramped up to meet some of the demand. “Builder confidence is as high as it has ever been,” Rawlings says.

Next on Redfin’s list was Austin, where the new arrivals had an $852,500 budget, 32 percent higher than locals, followed by Houston, with a 28 percent gap.

Those results are based on a Redfin analysis of the average maximum listing prices set by shoppers scouting for properties on the broker’s site. Redfin’s analysis shows Denver, San Antonio and Philadelphia among the cities where newcomers bring significantly larger budgets than locals.

Now that many tech employers have allowed remote working arrangements, however, some former residents of those areas are taking their six-figure paychecks and home offices to more affordable cities.

“Many homebuyers are now able to widen their searches to parts of the country that weren’t options when they were tied to offices in expensive cities, and the consequences for popular destinations will be numerous,” says Redfin chief economist Daryl Fairweather. “That’s great news for remote workers, because their San Francisco salary can buy a lot more in Nashville or Austin than the Bay Area.”

For residents of Nashville, Atlanta and other newly hot cities, the news is mixed. On one side of the ledger, the value of their homes has risen with the spike in demand. However, there also are fears that longtime residents could be priced out. And first-time homebuyers find themselves competing against out-of-state bidders with larger paychecks.