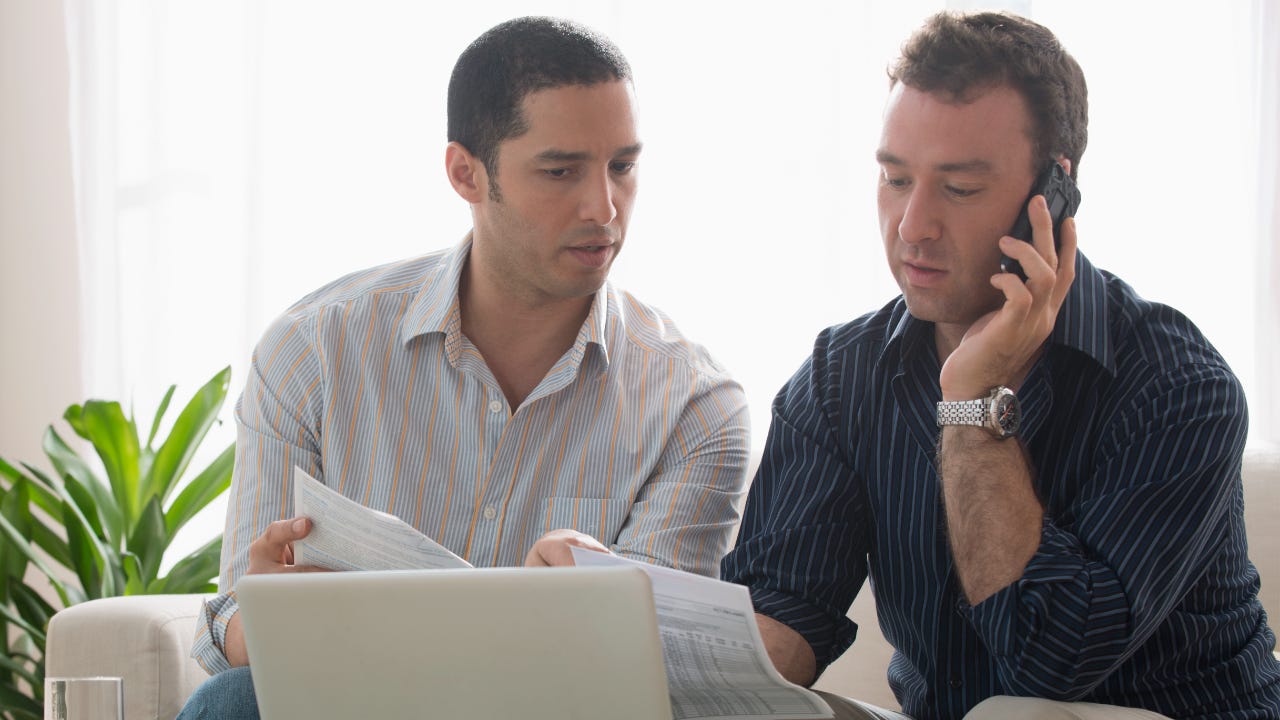 In the 18 months since the CARES Act first passed, over a million American homeowners took advantage of the forbearance protections the law provided for.

After a few extensions, the mortgage payment pause officially ended — or will be ending soon — for 1.2 million out of an estimated 1.7 million loans that remained in forbearance as of August, according to CoreLogic.

While experts say market conditions should prevent a wave of foreclosures, some borrowers are still struggling to get back on track.

Here’s what you need to know if your own forbearance period is coming to an end.

Forbearance is over for more than a million loans

When the pandemic hit, Carl Johnson had to stop working as an entertainer at children’s parties. The Cincinnati resident knew he wouldn’t be able to keep up with his mortgage payments, so he went into forbearance 18 months ago.

Like millions of other borrowers, Johnson said his forbearance protections ended Sept. 30, and now he’s faced with having to catch up on his missed payments or possibly sell his home. He wishes he’d been better informed about how forbearance programs end before he applied.

“I just kept getting a letter making it seem like it was our option to choose the program we want to do,” he said via Facebook Messenger, describing how he expected to be able to go into deferment after his forbearance ended and make up the missing payments at the end of the loan.

Instead, Johnson’s lender said he doesn’t have enough income currently for a deferment, and is encouraging him to consider a short sale or deed in lieu of foreclosure.

And Johnson is hardly alone in facing some tough decisions now that CARES Act forbearance protections are ending.

“This is the point that we’ve been worried about,” said Selma Hepp, deputy chief economist at CoreLogic. The industry has been watching to see if the end of forbearance protections would lead to a wave of foreclosures, but Hepp said 2021 should look very different from the last financial crisis, at least when it comes to the housing market.

CoreLogic predicts that only about 200,000 of the 1.2 million loans in forbearance are at risk of foreclosure, but that still is not a likely outcome for most of those borrowers.

“There is still a lot that can be done without having these people displaced,” Hepp said.

Because real estate prices have gone up so significantly in the last year, most homeowners have built up equity in their properties, even if they’re behind on their mortgage payments.

“That gives them the opportunity to sell their home, or their refi opportunities would be better,” Hepp said.

Communicating with your lender is key

The most important thing if you’re near (or past) the end of your 18 months of forbearance protection is to be in touch with your lender, or tap community-based resources to help you figure out your options.

“Some borrowers may be distrusting of their lenders, particularly if they’re older or not very well-off financially, they don’t have financial literacy,” Hepp said.

While it’s true that lenders want you to pay them, they also usually don’t want to go through the foreclosure process and may be willing to work with you to modify your loan or find another way to settle your debt, including by letting you sell your home and give them a chunk of the proceeds.

“What the data doesn’t tell us is why so many people who could avoid involuntary liquidation by selling through traditional channels simply do not end up doing so,” Ben Graboske, president of Black Knight Data & Analytics said in a statement. “Whether that’s due to lack of understanding of their equity positions or the foreclosure process in general is unclear.”

In addition to talking to your lender, Hepp said, HUD-certified housing counselors may be able to help you figure out how to exit forbearance without risking foreclosure.

With so many borrowers exiting forbearance in the next few weeks, lenders may have backups on their customer service lines.

“There is like a pig moving through a python. It may be hard to reach some of the lenders,” Hepp said, but emphasized that persistence is key. “Don’t give up, continue to call, continue to stay on top of this, it’s critical at this point.”

For some borrowers like Johnson, however, being in touch with their lender is no guarantee of an optimal outcome

“If they would have explained the options in any letter I would be OK, but my letters said, ‘We have options, deferment, etc., etc., not, ‘if you don’t make the income you have to sell for the most part,’” he said.

Because he wasn’t told in advance about the income requirements for deferment, Johnson said, he’s not sure if forbearance was ultimately the right choice for him.

“I could have most likely borrowed the money or rented out a room to make extra cash or something,” rather than putting his mortgage payments on pause.

The end of forbearance may not boost housing supply

Although some homeowners like Johnson may have to sell as they come out of forbearance if they still can’t afford their mortgage payment, it’s unclear what effect that might have on the national housing supply.

Some industry watchers think the end of forbearance could provide a much-needed boost to listings, but Hepp isn’t so sure.

“Oftentimes a transaction may happen before the home even hits the market,” she said. “An intermediary may come in like an iBuyer or a large institutional investor,” which would mean those houses may wind up for rent in the long run.

Plus, Hepp added, foreclosures and sales are more likely to happen in regions where few people are looking to move.

“The areas where the forbearance rate is the highest are areas that were hit hardest even before the pandemic,” like the Gulf Coast, she said. “Where we need the inventory, we’re most likely not going to see it.”

So, hopeful buyers biding their time for the market to cool down may have to keep waiting.

While existing forbearance plans are ending, the Federal Housing Administration announced last month that homeowners who are still feeling the effects of the coronavirus pandemic are eligible for forbearance if they have not yet paused their payments. The agency will allow borrowers to apply for up to six months of forbearance until the COVID-19 national emergency ends.

“Our top priority is to help as many individuals and families as possible to recover from the COVID-19 pandemic and keep their homes,” Lopa Kolluri, principal deputy assistant secretary for housing, said in a statement. “For FHA, this means that we will continue to work through all of our channels — mortgage servicers, housing counselors, and our other federal partners — to ensure we get the positive outcomes struggling homeowners need.”

A majority of homeowners who were still in forbearance under the CARES Act saw their protections end late last month, or will see those protections end in the coming weeks.

The end of forbearance for so many homeowners may lead to an uptick in foreclosures, but it’s important for borrowers to be in touch with their lender if they still won’t be able to pay. Loan modifications or a planned sale of your property may help you avoid the stress and financial difficulty of having your home repossessed.

Johnson said that communication must be a two-way street, however, and wishes his lender had been more forthcoming with information about how their forbearance plans worked.

“It would be best if the mortgage companies would have been up front on how to get into the deferment program,” he said.

Read more From Zach
Zach Wichter is a mortgage reporter at Bankrate. He previously worked on the Business desk at The New York Times where he won a Loeb Award for breaking news, and covered aviation for The Points Guy.
Edited by
Bill McGuire
Senior mortgage editor