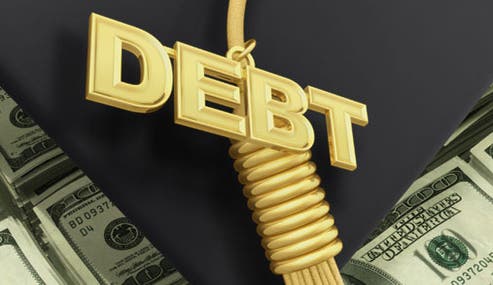 If you have qualms with your student loan, there is one source that can help resolve conflicts — a student loan ombudsman. Available to help with federal and private loans, an ombudsman can review both sides of a loan dispute and help you negotiate a solution. Here’s how student loan ombudsmen work and what you need to do to get a dispute settled fast.

What does an ombudsman do?

A student loan ombudsman serves as a neutral middleman between borrowers and those in the lending industry, says Luanne Dodge, an assistant vice president and ombudsman with Texas Guaranteed, a nonprofit education access group that administers federal student loans and provides additional services to institutions looking to maintain low student loan default rates. Created as a last resort for borrowers who can’t work out their issues directly, ombudsmen independently review disputes and work with borrowers and those who hold the loan — whether they are lenders, guarantors, collection agencies, the Department of Education or another party — to correct mistakes and find compromises.

“I don’t change a ruling. I do not have access to make changes on a payment plan or do anything like that,” says Dodge. “What I do is make recommendations that can provide some relief to the borrower … I present a case for management to look at so that (those) who do have that power may make a change.”

For borrowers, that can potentially mean help tracking your loan balance and payments, navigating consolidation or repayment plans, filing for loan cancellation, dealing with a nasty collection agent, figuring out how to bounce back from default, or correcting a loan or credit score mistake.

“It’s important … to think of (an ombudsman) as a neutral and confidential facilitator and less as an advocate,” he says. “A number of people that I’ve talked to have felt disappointed that their disputes weren’t resolved and that they felt like the ombudsman was more repeating what the servicer had told them.” You can’t think of a student loan ombudsman as your own personal lawyer, Bowers says. He is more of an independent third-party reviewer.

But some conflicts do get resolved, or at least ameliorated, thanks to the work of ombudsmen. The Consumer Financial Protection Bureau, which reviews private student loan disputes, found that the median relief reported by private lenders between March and September 2012 was $1,572 for borrowers. At least one borrower received nearly $84,000 in relief.

Before contacting an ombudsman, borrowers should work to resolve disputes as much as they can.

“Some of the issues that borrowers think they’re having difficulty with, they might be able to get a good answer, and they might not need an ombudsman to work with them,” says Grace Bartini, an ombudsman who handles federal loan disputes for American Student Assistance, a nonprofit student debt assistance organization based in Boston.

While doing so, Bowers recommends that borrowers keep careful records of how and when they’ve made efforts to solve the problem.

“It’s important to document everything that you say, to take notes after conversations, to even consider requesting a recording of conversations you had with people, to keep all the documents related to the dispute, and also just to be polite, courteous and professional,” he says.

The Department of Education also recommends keeping copies of any letters you send out and following up on pertinent conversations in writing, so you’ll have a record of what was said.

If you can’t resolve the issue on your own, the next step is to figure out who your ombudsman is. Borrowers with private loans or those with federal loans that have been consolidated with private loans through a private lender can seek help through the Consumer Financial Protection Bureau.

Those with federal loans will need to research who their loan servicer is — the National Student Loan Data System’s online database at NSLDS.ed.gov should tell you — then reach out to their servicer directly, or contact the Department of Education’s ombudsman.

The best thing you can do to make sure you’re heard is to be as prepared as possible, says Bartini. The Department of Education provides a checklist of what you’ll need to provide to your ombudsman including records of promissory notes, bills, canceled checks and documentation of how you’ve tried to resolve the issue with the lender.

“What I would add is: What is your expectation? What would you like to see happen?” Bartini says.

Having a clear idea of what your case is, why there’s a problem and how you would like to see it resolved can help an ombudsman expedite the review process, she says.