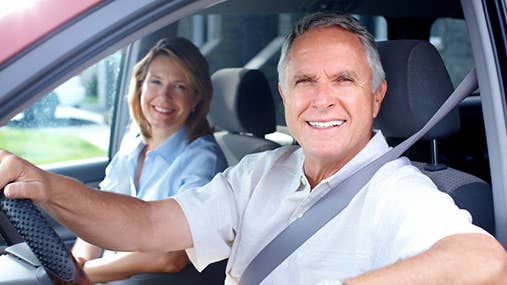 With this year’s low interest rates, retirees who are on the hunt for a new car or truck have many payment options. They could finance at current interest rates, which average less than 4.5 percent for a 60-month loan, according to Bankrate’s latest national survey. Or, they could use money from their own cash reserves.

Baby boomers should carefully think about each possible scenario before making a large car purchase. A mistake could put their retirement plans in jeopardy, says Damian Rothermel, a Certified Financial Planner professional in Portland, Ore. “Buying a car and figuring out how to pay for the car should take into consideration a number of factors,” he says.

Here are some major points retirees need to consider when deciding whether to finance or pay cash for a car or truck.

When it comes to buying a car, the biggest benefit for owners when paying cash is they get to save on interest they pay by financing a car, says Michael Hardy, a partner with Mollot & Hardy, a financial planning firm in Amherst, N.Y.

But according to Rothermel, a drawback for seniors using cash savings to purchase a car would be giving up cash that’s needed for their golden years. “Don’t take out money that is being earmarked for retirement,” he says.

Unfortunately, the median 401(k) or individual retirement account balance for households approaching retirement is only about $120,000, according to an analysis of the Federal Reserve’s Survey of Consumer Finances by the Center for Retirement Research at Boston College.

Taking even a small part of this amount to pay for a car could crush retirement plans, Rothermel says.

Calculate the cost of money

However, let’s say you do have an ample nest egg. The choice then would be to determine whether a new car is the best investment choice for your money, says Leonard Raskin, owner of Raskin Global, a financial services firm in Hunt Valley, Md.

If you’re only looking at mathematics, deciding whether to pay cash or to finance the vehicle is a simple “cost-of-money” equation, he says.

“It would make sense to use cash to purchase the car if and only if the return earned on the money is significantly less than what you could borrow from the dealer, bank or credit union for a car loan,” Raskin says.

In other words, you have to decide if your money would be better spent buying a car free and clear, where you could avoid paying interest, or if you believe the same chunk of money can earn more than the car loan’s cost of interest if it’s placed in another investment.

In the latter case, the mathematical answer is to go with the low-interest car loan. “I’m going to advise borrowing it,” Raskin says.

But Rothermel says that auto owners also should consider the psychological benefits of buying a car outright.

“If the (alternative) investment is only earning a low interest rate, then I would just pay cash and be done with it,” Rothermel says. “The main benefit by far is to be debt-free.”

Evaluate the cost of credit

For baby boomers who can’t afford to dip into cash reserves to pay for a car outright, the best choice is usually a low-cost car loan option, Raskin says.

Borrowers with good credit may get a loan from a credit union or other financial company at an interest rate that is less than 5 percent. “It is cheap money to borrow from the bank,” Hardy says.

In addition, some senior car shoppers have whole life insurance policies that have accumulated a healthy cash value, Raskin says.

“Those policies typically have loan provisions at 4 percent to 5 percent to borrow against,” he says.

The value of ‘used’ versus ‘new’

Boomers also should weigh the advantages of choosing between a new auto and a preowned vehicle when buying a car, Raskin says. It may not directly answer the question of whether to pay cash or finance the car, but it can greatly affect the total cost of ownership of a vehicle, just as the financing can affect total cost, he says.

According to Raskin, it is almost always better to buy a used car, where you let someone else take the majority of the depreciation of the vehicle. “You’ll likely end up with a dramatically lower lifetime vehicle cost,” he says.

However, Raskin concedes that there are many boomers who prefer new cars, and buying a new vehicle can be smart if the buyer does his homework. For example, a highly rated new car may require less maintenance than a used one, he says.

In addition, if a retiree is choosing between a new auto and a preowned vehicle, and both cars cost the same, the added cost to finance the used vehicle will push costs higher than a zero percent loan offer on the new car, he says.

Regardless of your decision, if you’re a good customer and have decent credit, you should get very reasonable interest rates on an auto loan, Raskin says.