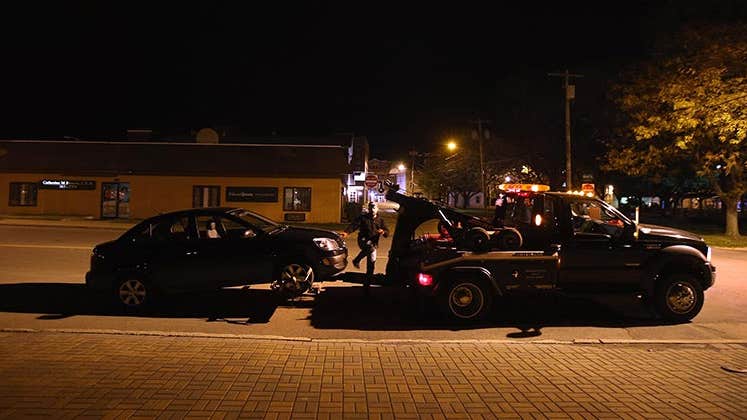 One in 5 borrowers of single-payment, car-title loans has their car or truck seized by the lender for failing to pay back their debt.

More than 4 in 5 of these types of loans are renewed the day they come due because borrowers can’t afford to repay them in a single payment.

And more than two-thirds of the car-title loan business comes from borrowers who wind up with 7 or more consecutive loans and remain in debt for 7 months or more.

Those are some of the findings of a far-reaching study of car-title loans released Wednesday by the Consumer Financial Protection Bureau.

Car-title loans are high-cost, small-dollar loans that borrowers use to cover an emergency or cash-flow shortage between paychecks. Borrowers use their car, truck or motorcycle as collateral, and the lender holds the title in exchange for the loan amount.

The typical loan is about $700 and the typical annual percentage rate is about 300%, far higher than most forms of credit, the CFPB says.

For the auto title loans covered in the CFPB report, a borrower agrees to pay the full amount owed in a lump sum, plus interest and fees, by a certain day. These single-payment car-title loans are available in 20 states; 5 other states allow only car-title loans repayable in installments.

According to the Pew Charitable Trusts, single-payment car-title loans are offered in:

The CFPB examined almost 3.5 million single-payment, car-title loan records from nonbank lenders of 400,000 borrowers from 2010 through 2013.

Only 12% of borrowers paid off their loan by the end of the first due date. Most borrowers struggled to get off “the treadmill of debt,” CFPB Director Richard Cordray says.

It’s worse if borrowers’ vehicles are repossessed. “They can’t get to work or to the doctor,” Cordray says.

Nick Bourne, director of Pew’s small-loans project, says the financial impact of high loan rates coupled with the borrower’s low income confines that person to a long cycle of debt.

“The typical auto title loan payment consumes 50% of an average borrower’s paycheck, which helps explain why so many borrowers return almost immediately for another loan to make ends meet,” Bourne says. “By comparison, research shows that most borrowers can afford monthly payments of no more than 5% of their income.”

The CFPB is also looking into installment loans, but they are not part of this report.

The bureau is looking into rules for payday loans, and car-title loans will be part of that rulemaking, says Jesse Leary, CFPB section chief for the office of research.

RATE SEARCH: Get out of debt. Compare personal loan rates.

Pamela Banks, senior policy counsel for Consumers Union, says she hopes the CFPB will institute some safeguards for consumers.

She suggests making lenders perform a more rigorous evaluation of potential borrowers and to extend the loan period from 2 weeks or a month to 90 days. She also would put in place a reasonableness standard for fees.

“Putting a spotlight on it is something that needed to happen,” Banks says. “(Car-title loans) are not good the way they are structured now.”

In the CFPB study, the agency found that some borrowers were allowed to repay part of their car-title loan before rolling it over. In those instances, borrowers who successfully repaid their loans were able to reduce their loan size over time, Leary says.

In February, a representative of a payday lending trade organization expressed opposition to greater regulation of the industry.

“The CFPB has been approaching the complex problem of regulating payday lenders, as well as title and installment lenders, from a position that looks at the market as a creation of the industry as opposed to one that meets the demand of consumers who need to get short-term, small-dollar loans,” said Dennis Shaul, the chief executive of the Community Financial Services Association of America.

“Unless the CFPB changes that perspective, those consumers may lose out on a vital option when they face such crises,” he said.

In addition to the CFPB report, the Center for Responsible Lending issued a report of its own this week which found that every year, consumers lose $8 billion in fees to payday and car-title loans. Of that, car title loans represent $3.9 billion in fees each year.

Usually sold to consumers with average incomes of $25,000, these loans come with fees that leave most borrowers renewing rather than retiring the loans, the center’s report says.

These multibillion-dollar-fee costs do not take into account additional charges such as late fees, bounced payments or other penalties imposed by the lenders. Charges for these types of fees would be additional.

“Payday loans and car-title loans are marketed as an infusion of cash to financially struggling people. In reality, these loans typically drain hundreds of dollars from a person’s bank account in amounts well above the original loan amount,” the report says.