If you need to borrow money for a car, but your credit isn’t great, the people closest to you may be more willing than a bank to lend you money. But borrowing from family and friends can lead to problems if you’re unable to pay back the car loan, says personal finance expert Susan Hirshman, author of “Does This Make My Assets Look Fat?”

However, when borrowing from family or friends is your only option, you can take steps to help smooth the process. “The goal is not to jeopardize the relationship,” she says.

Here are seven tips from Hirshman and other personal finance experts on how to plan out an auto loan from family and friends, while keeping the friendships and family ties intact. 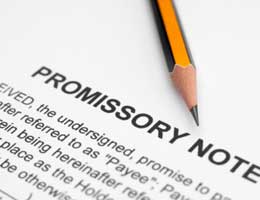 Make sure the key terms of the auto loan, such as dates for repayment, amount and interest charges, are spelled out in writing and agreed upon by all parties, says Michael Kresh, a certified financial planner and president of M.D. Kresh Financial Services in Islandia, N.Y. Borrowers can use online search engines for promissory note templates, he says.

Getting a promissory note in writing adds formality to the car loan process and limits personal stress on all parties, Kresh says. “As a borrower, the tendency may be to pay the family member last, after all the other monthly bills are covered,” he says. “Having written documentation can help the borrower view the loan with the same sense of importance as their other obligations.” 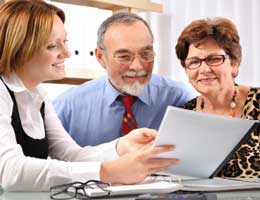 It’s important for the lender to record the transaction as a car loan and not a gift, Kresh says. Otherwise, the lender would be considered a donor in the eyes of the Internal Revenue Service, and they may have to pay gift taxes if the transfer of money is greater than $13,000, he says.

Another tax concern to consider is the interest charged on the car loan. “If the lender doesn’t charge interest (at market rates), then the IRS may consider the exchange a gift,” Kresh says.

There also can be tax implications for borrowers who don’t repay auto loans from relatives or friends. The IRS may consider a forgiven loan as income and try to collect income tax, Kresh says. His advice for all parties is to talk to a tax expert before making any large-scale exchange of money. 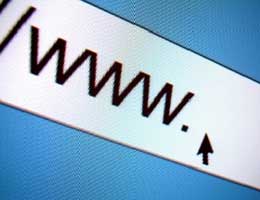 Borrowers who can’t get an auto loan from a financial institution should consider using a peer-to-peer lending company such as Prosper.com or LendingClub.com before borrowing from family members and friends, says Beth Frazier, founder of The Women’s Investment Group in New York City.

These sites match borrowers with individual lenders who may be willing to lend money that could be used to buy a car, Frazier says. But because the money is coming from a third party and not a family member, debtors don’t have to face their lenders at Thanksgiving dinner.

The key to getting a loan from a peer-to-peer lending site is to convince potential investors to fund the objective. “On some sites, you have to be able to sell your story. That means explaining why you need a new car, and why it’s necessary. If your story is not convincing, the lenders may not lend you any money,” Frazier says. 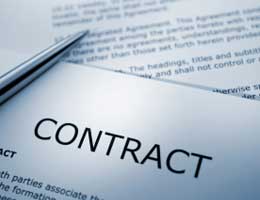 All parties should agree on what should happen if the borrower is unable to repay the car loan, and it should be documented in the loan agreement, Kresh says.

Could the lender have the right to take ownership of the car and sell it to repay the auto loan? Will the debt be forgiven? These are difficult questions, but it’s easier to face them and be on the same page before money changes hands, he says. 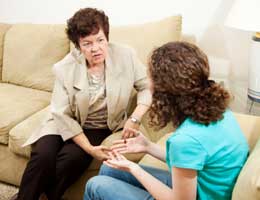 If you know you’ll have a hard time paying back the car loan in a given month, call before the payment becomes late, Hirshman says.

“I work with family members all the time who tell me that if their relative was just open and honest about what was going on with his finances, the relationship would be so much better,” Hirshman says.

“Instead, the borrower may say that he’ll pay the money in two weeks. Then two weeks comes and goes, and the borrower doesn’t say anything. It becomes a huge elephant in the room,” she says. “You may not discuss it, but it’s always there.”

Another part of communication is being willing to listen if family members criticize some of your purchases, Hirshman says. For example, if you eat at a lot of restaurants, then someone who loans you money may wonder why you’re not eating at home more to save.

“If you borrow money from family members or friends, they may become judgmental, and you have to be prepared for that,” she says. 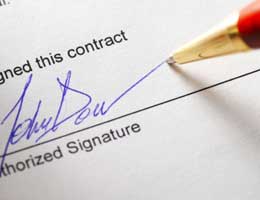 If a relative co-signs a car loan with you at a bank, then the relative still assumes financial risk, but the funds would initially come from the financial institution instead of the relative’s savings, Frazier says.

“I don’t normally recommend that relatives co-sign a loan, but I understand parents or other close relatives may be more likely to do it because of the love factor,” she says. As long as the co-signer knows that this will be a part of their debt, too, it could be a solution for obtaining an auto loan.

Decide if the expense is necessary 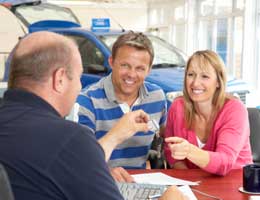 If you’re going to borrow money, make sure the auto is a necessity and not just a new car you don’t need, Kresh says.

Take into consideration what you can afford to borrow and stick within those limits, he says.

“If you’re looking at unconventional loan sources, such as family members and friends, for something as conventional as buying a car, you have to ask yourself if you’re really just trying to spend too much money,” says Kresh.