Penny stocks are small companies whose shares trade for a relatively low price. They may look cheap compared to popular stocks such as Amazon or Apple, but often they’re much more expensive, despite their lower price tag. Penny stocks are among the market’s most dangerous stocks, so you may pay a much greater price than you first expect, including potentially losing all of your investment.

Here’s what a penny stock is and why it’s so risky to investors looking to grow their wealth.

What is a penny stock?

The exact definition of a penny stock varies, but typically they include stocks trading for less than $5 per share all the way down to even fractions of a penny. But usually when people say penny stocks, they’re talking about those that trade for less than a dollar. Despite this lower price, penny stocks often don’t trade as many shares as their higher-priced rivals.

Penny stocks are not usually listed on major exchanges such as the New York Stock Exchange or Nasdaq. Instead, they’re often traded on what’s called the pink sheets or the over-the-counter (OTC) market. Shares listed here are often very risky, though sometimes a hidden gem may lie in wait.

Penny stocks are highly speculative and include some of the market’s smallest companies, including those that have been recently established. But penny stocks also include some of the market’s shadiest companies, such as outright frauds and other pump-and-dump scams, a fraud in which paid promoters tout a stock to get it to rise so that insiders can sell at a higher price.

Because they’re not listed on a major exchange, the firms behind penny stocks usually aren’t as transparent about their financials or governance as those on an exchange. And if they’re small enough, the Securities and Exchange Commission (SEC) doesn’t require financial disclosure, either.

All of these factors make penny stocks much more risky than an exchange-listed stock, which means you’ll need to have a high risk tolerance to invest.

Can you make money with penny stocks?

Your best bet is keeping up with the financial stats, emerging news and any SEC filings to help gather details. You may also want to contact the company for further info, including their financial data. It’s not a good sign if the company won’t give it to you.

For the most part, you’ll want to search for the following types of companies:

Unfortunately, these traits are also what the pump-and-dump scams highlight, promising a breakthrough in whatever the day’s hot new technology is (3D printing, biotech, solar). They ensnare newer investors with promises of wealth from almost-on-the-verge “blockbusters.”

In addition to doing your own research, find someone who knows the industry well and ask them to mentor you on how to find the best penny stocks. You’ll be much better off if you are able to learn from someone else’s mistakes instead of making them all on your own.

“Investors in penny stocks should be prepared for the possibility that they may lose their whole investment,” according to the SEC. “Or an amount in excess of their investment if they purchased penny stocks on margin.”

If you can’t understand the business, then you probably shouldn’t invest.

While penny stocks entice investors with potential gains, there are many risks to be aware of:

Many of the myths surrounding penny stocks are dangerous and simply untrue, helping investors make critical mistakes that could cost them serious money.

Here are the most common ones:

A few penny stocks may have legitimately high potential, but the vast majority of stocks are trading so cheaply because they’re terrible businesses or simply fraudulent. Penny stocks are much more likely to be a poor company on the verge of disappearing than a hidden gem.

New investors say this line all the time. Or perhaps a similar one, “The stock is 10 cents now, and if it goes up to a $1, I’ll have 10 times my money.” While the math is fine, the logic isn’t based on how the market actually works.

Over time stocks rise and fall based on their profitability and investors’ expectations of their future profitability. For a stock to be worth 10 times its price, it has to show the market a lot of future potential. But penny stocks almost never show this kind of potential. Sure, they may spike from time to time, but they won’t enjoy the kind of sustained increase that can make you rich.

When new investors find penny stocks, many love that they can buy thousands of shares, while they can afford only a few shares of a high-priced stock. If the stock is trading at $0.25, for example, they could buy 1,000 shares for only $250. A low price makes it appear the stock is cheap, but it rarely is. Then they might assume that if the stock goes up $1, they’ll make $1,000.

However, professional investors measure how expensive a stock is by comparing it to its earnings (the P/E ratio) or other similar metrics. That is, what your share in the earnings of the business is for the price that you pay for that share. On this basis, a profitable company whose stock trades at $200 is much cheaper than an unprofitable penny stock at any price.

Many people who invest in penny stocks lose their money altogether because they start with these mistaken beliefs and their penny stock never recovers.

If you’re interested in penny stocks, you’ll need to be an excellent analyst who can pick the good businesses from the bad businesses. Plus, you have to avoid the out-and-out frauds entirely. Savvy investors stick to businesses they can understand or instead opt to invest in diversified index funds, where they don’t need to understand the businesses in order to beat the pros. 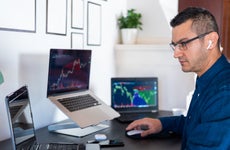 The OTC markets: A beginner’s guide to over-the-counter trading 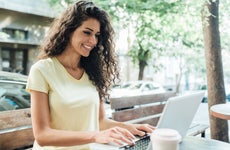 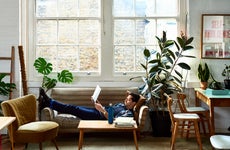 How to buy stocks: A step-by-step guide 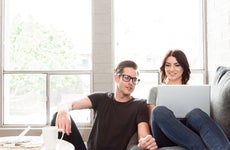