With the stock market continuing to push higher, many companies have decided that 2021 is the time to go public, and the rest of the year has some hot upcoming IPOs lined up. We’ve already seen debuts from Coinbase, Coupang, Bumble, Roblox and many more so far this year. But the upcoming IPOs in the back half of the year may prove to be as hot as those in the front half.

And those keeping score should not count out private companies going public via special purpose acquisition companies, or SPACs, in lieu of a traditional IPO. These “blank-check companies” are heating up again after investors briefly went cold on them earlier this year.

So with literally hundreds of SPACs looking for a deal and other private companies going public through the traditional IPO route, investors should have a number of notable upcoming IPOs to watch.

Last year had been the hottest IPO market on record, according to Dealogic. More than 450 companies went public in 2020, raising about $168 billion – easily beating the prior record of $108 billion in 1999 during the dotcom bubble.

The thing is, as of mid-June 2021 the IPO market has already eclipsed that full-year record, says Dealogic. The haul so far: $171 billion. And with months left in the year, the market will easily set a much larger record for cash raises. It’s a bumper year for IPOs.

As long as a hot market encourages companies to undertake a public offering, the IPO party is set to continue. Here are seven of the hottest upcoming IPOs to watch for the rest of the year.

Nextdoor is a social network that connects local neighborhoods, allowing them to share events and other activities in the local area. It’s going public via a merger with a SPAC, Khosla Ventures Acquisition Company II, and is expected to debut in the fourth quarter of the year. It’s valued initially at around $4.3 billion.

This grocery-delivery app wasn’t able to get its IPO completed last year, but it’s reportedly looking for a fourth-quarter debut this year. After a consumer places an order via the app, Instacart assigns a personal shopper to pick up the items and deliver them. The company’s latest funding round in March valued it at $39 billion, and an IPO could take that even higher.

Lucid Motors is a highly anticipated debut, and it’s going public via a SPAC merger with Churchill Capital Corporation IV. The maker of electrical vehicles emerges into a market that’s enamored with EVs and has bid prices sky-high on rivals such as Tesla. The valuation on Lucid is about $40 billion, according to recent estimates, and it’s set to debut early in the third quarter.

Rivian is another maker of electric vehicles, and it’s also capitalizing on the intense investor interest in the sector and hoping it can get a rich valuation on its stock. The company is seeking a valuation of $70 billion via a traditional IPO, according to Bloomberg, making it one of the year’s largest debuts, if it does happen, though it may slip until next year.

NerdWallet provides an annual audience of more than 100 million with personal-finance content, including credit-card reviews, brokerage reviews and more from the financial services world. Now it’s aiming for a 2021 IPO and initial reports suggest it’s targeting a valuation of $5 billion.

Individual traders are likely familiar with Robinhood, the trading app that figured prominently in early 2021 as part of the massive spike in GameStop stock. Now the broker is going public and hoping for its own high valuation — and may get it. Some estimates put the company’s valuation at $40 billion, and it’s likely to be a hot commodity at the start. Robinhood customers may also be able to participate in the IPO, since the company is setting aside some shares for this group.

This financial app boasts more than 8 million customers. While it’s not a bank, it provides many banking services and is riding a wave of consumer and investor interest in fintech apps. At its latest fundraising round in September 2020, the company reportedly garnered a valuation of $14.5 billion.

With the market running full steam, now is a great time for companies to conduct their IPOs and garner attractive valuations. But while high IPO prices may be good for companies, they’re often much less attractive for investors because of all the high expectations built into the stock price.

Because of this setup – as well as research showing that IPOs often initially underperform – it’s prudent for individual investors to tread carefully. If you don’t get to participate in the IPO, then it makes sense to wait until investors have settled down and re-assess the stock’s valuation. The game is always to buy when the company’s success is not fully baked into the stock price. 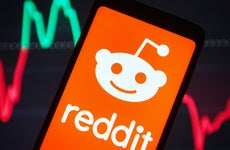 7 upcoming IPOs to watch in the second half of 2022 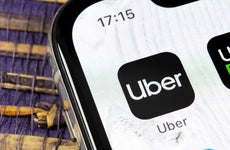 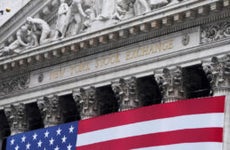 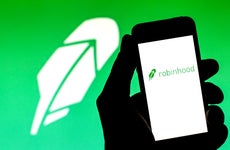