How to score with sports investments

A huge number of Americans are sports fans or sports participants. And many are likely tempted to turn their passion into dollars by partaking in sports investments.

It’s an idea that makes some sense. Peter Lynch, the legendary manager of Fidelity Investments’ Magellan mutual fund, famously said it pays to invest in an area that you know through personal experience.

Of course, he and other experts also say it’s extremely important to thoroughly research an investment. After all, your passion for sports may not parlay into great investment results.

That said, you can invest in sports in myriad ways. Bankrate looks at various sports investments, from owning a minor league team to investing in sports-related stocks to owning a health club franchise to investing in collectibles.

Your motives in making these various investments may differ. Financial advisers will tell you it’s silly to buy shares of sports apparel companies for any reason but to make money. On the other hand, you may want to invest in baseball cards merely to mount them on your wall. 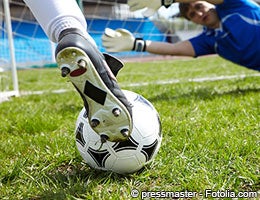 At the top end of the totem pole, a triple-A baseball team can go for around $20 million to $25 million, says Matt Perry, president of Topeka, Kan.-based National Sports Services, a sports team ownership consulting firm.

A bevy of other sports have minor leagues, too, including hockey, soccer, lacrosse and rugby. Teams in more popular sports, such as baseball, will be more expensive.

“The things we found that define whether a team can succeed are the market it’s in, the stability of the league,” the quality of the facility, and the quality and financial strength of management, Perry says. 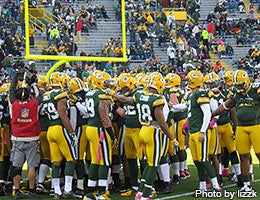 Most of the U.S. teams that traded publicly in the past, such as the Boston Celtics, Cleveland Indians and Florida Panthers, are now private. They failed to earn investors much money when they were public.

Currently, the Green Bay Packers, New York Knicks and New York Rangers are publicly owned. The Packers shares aren’t listed on an exchange and don’t pay any dividends. So the value is in the stock certificate that fans can stick on their wall (or sell to someone else), which gives the opportunity to attend annual shareholder meetings and the knowledge that they have contributed money to their team.

In general, though, team performance has had little impact on teams’ stock price, says Chris Smith, a sports business reporter for Forbes. “A team can’t grow like a company. It’s restrained by the size of its roster,” he notes.

Investing in retail and apparel stocks 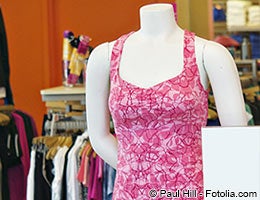 Here is where you can put Lynch’s dictum to work. If you visit a publicly held sporting goods store frequently and are struck by the number of people shopping there and the high level of service, you may want to begin doing research about the company that owns the store.

The same is true of an apparel company if you see its products flying off the shelves at stores, or you see them worn by throngs of people at your gym.

But remember that this is only the beginning of your research. You need a lot more than your own limited anecdotes to have a solid reason to buy a stock.

“Sometime these stocks have a period of growth and then go lower and lower, so be careful about buying on the upramp,” says Paul Swinand, an equity analyst for Morningstar.

Nike and Adidas are his favorites. Swinand likes Nike a little better because it has a higher return on capital and has fewer company-owned stores, meaning less inventory to unload. 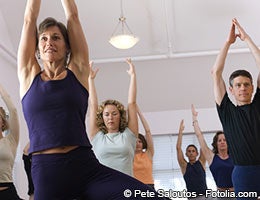 Fitness fiends might like the idea of owning health club franchises. The industry is certainly thriving. Health club revenue will rise 15 percent to $29 billion in 2017 from $25.3 billion in 2012, estimates IBISWorld, an industry research firm in Los Angeles.

Health clubs are selling for $30,000 to $2.3 million on BizQuest.com, which brokers sales of businesses.

Some health clubs are profitable, but plenty aren’t, so do your due diligence before jumping into this market. “You have to ask yourself whether you want to wear that (franchise’s) jersey every day,” says John Rotche, Ann Arbor, Mich.-based president of Title Boxing Club, a chain of fitness clubs.

“Do you value the leadership of the organization? Does the business model work? Can you talk to franchisees? Are they able to make a sustainable living? Will you have the ability to exit?”

Another key issue is differentiating your club from others. “A lot of gyms turn out to be equipment rentals,” Rotche says. “You spend $20 a month to use the equipment.” But that opens you up to competition from someone charging less.

It’s important to include a social element at your club, Rotche says. “Fitness is shifting from heavily equipment-based to more social-based, with Pilates, yoga and boxing classes.” 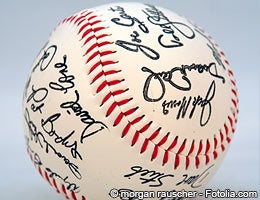 The collectibles category of sports investments includes everything from baseball, basketball and football cards to autographed balls to team uniforms to seats from old stadiums. While it’s impossible to know the exact size of the market, as many sale prices aren’t public, it’s almost certainly in the billions of dollars. Mark McGwire’s record home run ball sold for $3 million in 1999.

If you are going to dive into this market, “The most important part is you have to deal with a reputable source when you buy or sell — someone who can authenticate the item,” says Irwin Kishner, a partner who does sports business work at the law firm Herrick, Feinstein LLP.

If you’re older than 30, you may well have had a baseball card collection as a child. Those cards might be worth something, but then again they might not. “Baseball cards aren’t as valuable as you might think,” Kishner says. First, they must be in excellent condition. In addition, “how cards are printed and cut has a great effect on value,” he says.

Given the vagaries of the sports memorabilia market, values can go up and down in a heartbeat. “People should only (invest in memorabilia) if they enjoy it,” rather than to make money, Kishner says.